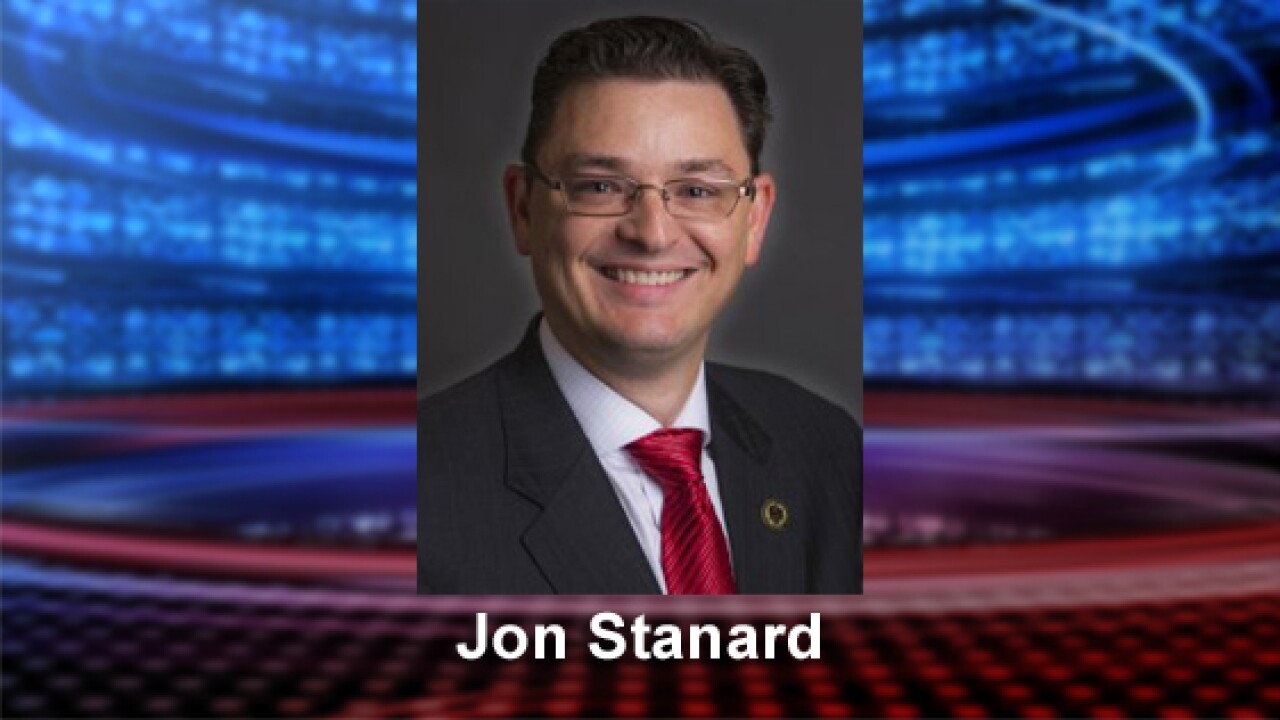 SALT LAKE CITY -- A British tabloid published a report claiming that a St. George lawmaker who abruptly resigned from the Utah State Legislature solicited sex from an escort.

The Daily Mail published a report claiming Jon Stanard had paid $250 for a pair of sexual encounters in 2017 with Brie Taylor, a call girl in Salt Lake City. The tabloid published screen shots of text messages it claimed were from Stanard to Taylor arranging liaisons.

Stanard abruptly resigned from the Utah State Legislature on Tuesday night. House Speaker Greg Hughes said in a statement it was for "personal and family reasons." Stanard told the Associated Press he was quitting to spend more time with his father, who has terminal cancer.

Attempts to reach Stanard for comment were not successful. An attorney representing him did not immediately respond to a request for comment. No criminal charges have been filed against him.

Taylor declined to comment to FOX 13, referring questions to a wire service that provided the story to the Daily Mail. A reporter for the wire service did not respond to a question if the tabloid paid for the story.

On Twitter, Taylor did respond to a post of Stanard's resignation with an emoji (that was later deleted).

A screen capture of Brie Taylor's response to a tweet by FOX 13's Ben Winslow about Jon Stanard's abrupt resignation from the Utah State Legislature.

Stanard, who is married and touted his conservative credentials as a GOP lawmaker who supported family values and traditional marriage, had previously voted for anti-pornography and anti-prostitution legislation.

"People here will be grossed out and appalled by this. They thought they knew him. I was surprised when I found out that he voted in favor of stricter laws," the newspaper quoted her as saying.

In the Utah State Legislature on Thursday, House members largely declined to comment on the accusations against Stanard.

"Shocked and disappointed," said Rep. Mike McKell, R-Spanish Fork, of Stanard. The two sat next to each other on the House floor.

The Speaker declined to comment on whether he knew about the allegations against Stanard prior to his resignation. Speaker Hughes reiterated that Stanard was no longer a member of the House as he walked into the chamber.

Senate leaders said they were also shocked by the accusations. Senate President Wayne Niederhauser, R-Sandy, questioned if any taxpayer dollars may have been misused.

"I think that’s definitely something we have to consider and maybe even demand at that point. But it’s hard for me to determine that until we know what the facts are," he said.

The House Speaker's office said there would be no ethics investigation because Stanard is no longer a sitting lawmaker. Stipends are paid out to lawmakers for travel and meals during interim sessions (and the encounters may have matched with interim committee dates), but it cannot exactly be tracked what a lawmaker does with that money. If the allegations are proven to be true, however, the legislature could request Stanard reimburse some of those funds.

House Minority Leader Brian King, D-Salt Lake City, said he wanted to respect Stanard's privacy and questioned if it was worth it to spend money on an investigation.

"I don’t know how good of an idea it is to throw more taxpayer resources at tracking down exactly where -- assuming sexual activities took place -- where they took place," he said. "Was it something Rep. Stanard paid for out of his own funds?"