Parents speak out as 10-year-old with flu, pneumonia fights for her life 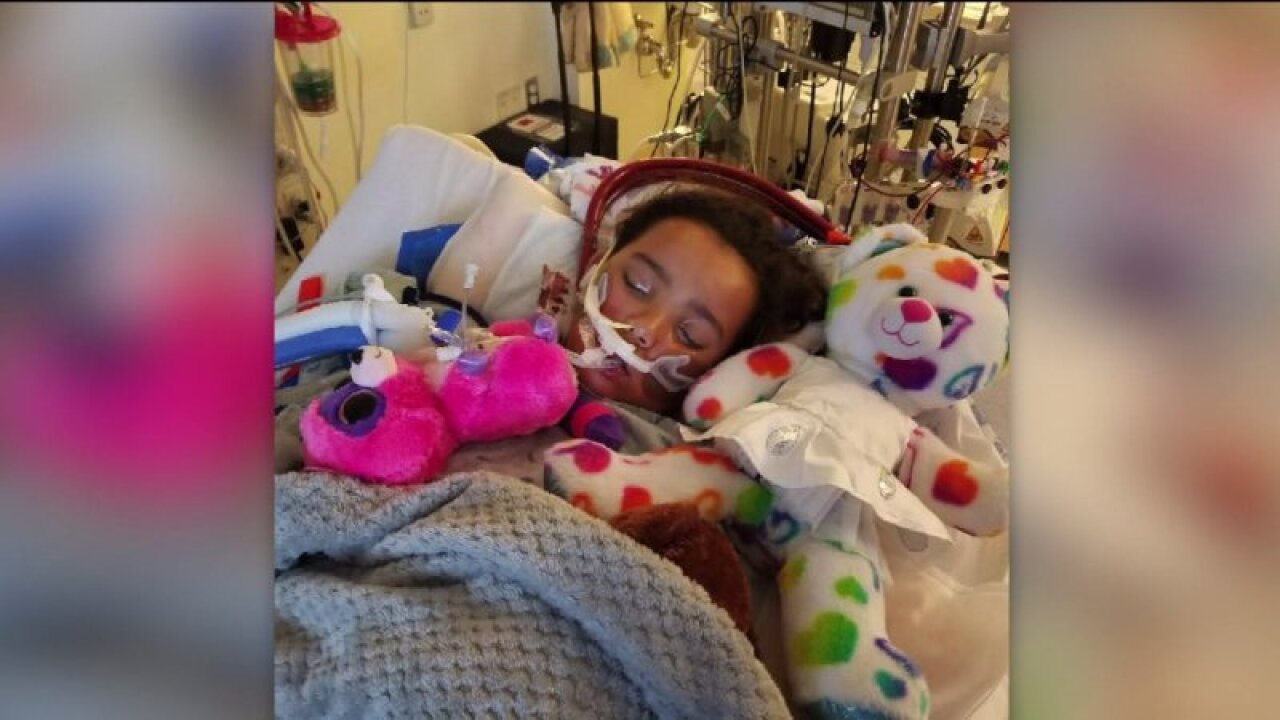 AURORA, Colo. - Two Colorado parents are encouraging other parents to take early precautions this flu season after their 10-year-old girl ended up in the hospital using a machine to breathe, according to KDVR.

Keyona Richardson has been in the pediatric ICU at Children’s Hospital Colorado since Wednesday night after catching the flu.

Her mother, Kristie Richardson, said it all happened so quickly. “Wednesday the school called and said that she had a fever. I picked her up and took her to an emergency room and she was diagnosed with pneumonia,” she said.

They went home, but Wednesday night Kristie took Keyona back to the ER at Children’s. “I didn't feel comfortable with the way that she was breathing,” Richardson said.

It’s a good thing she did. Keyona was admitted, and by the next morning her left lung collapsed. Not long after that , her right lung was in trouble too.

“The nurse told me, she said your daughter is as sick as she could possibly be without passing away at this very moment, but we’re going to do all we can to fix it,” said Corey Richardson, Keyona’s father.

Keyona was put on an ECMO machine. “It is life support, it acts as an artificial lung,” Richardson said.

It was touch and go for a while, but things are now looking up, and her parents are hopeful.

But they want to warn other parents. Don’t wait to contact your doctor if your child is really sick. “Had we waited we wouldn't have my daughter,” Kristie said. “I never knew the flu could do this.”

Dr. Suchitra Rao at Children’s Hospital Colorado said, “I think this is just a really potent reminder of just how devastating influenza can be.”

“Flu is severe. There’s a lot more hospitalizations now than we have seen in the past. For example in Colorado hospitalizations are up 227%. So just in our hospital alone we’ve seen over 300 children admitted for flu,” Dr. Rao said.

She adds that people should stay home if they are sick, and go ahead and get a flu shot if they haven’t already.

At this point in the season, doctors are seeing more influenza B, and the vaccine is supposed to be a closer match for that strain.