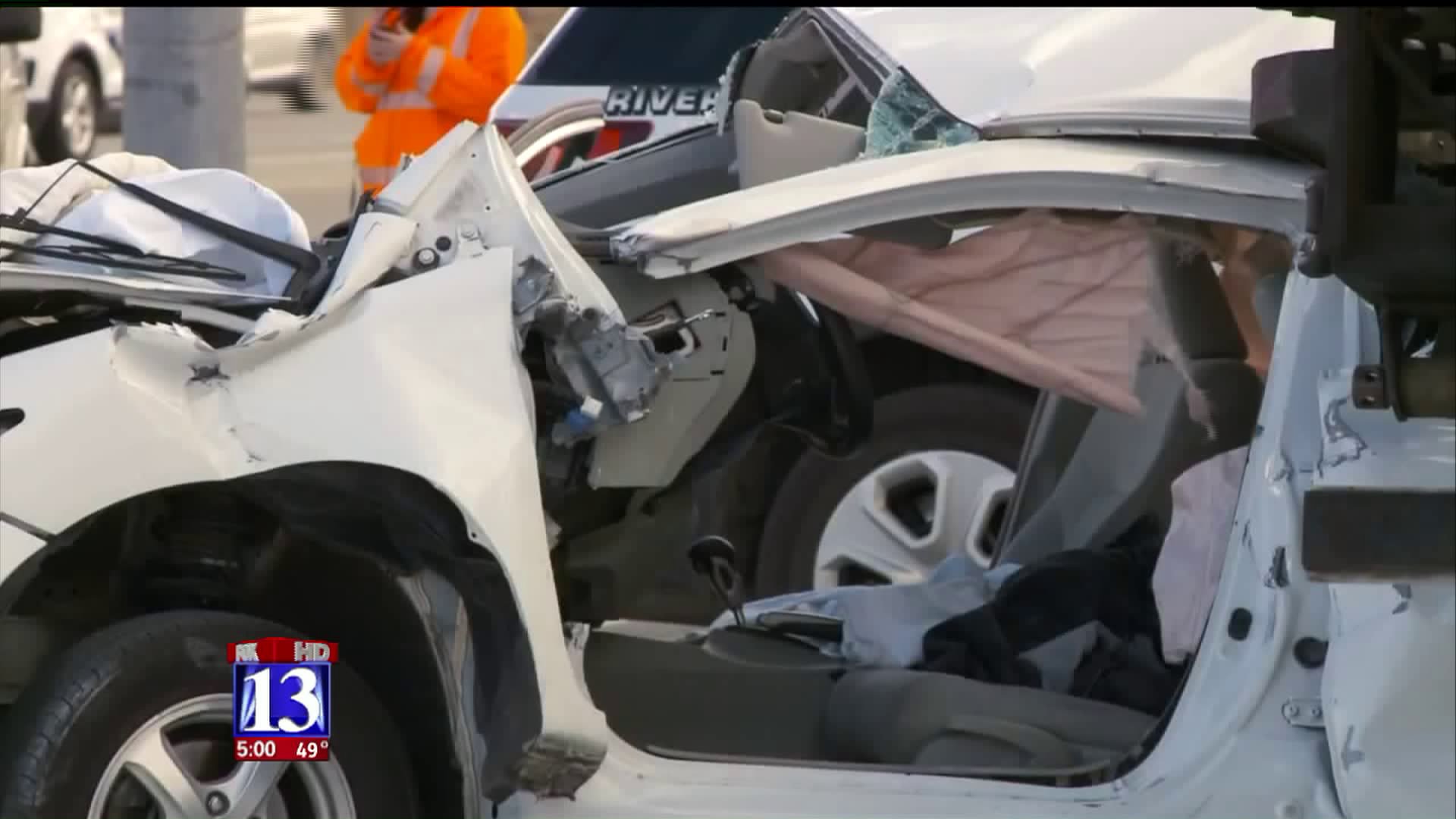 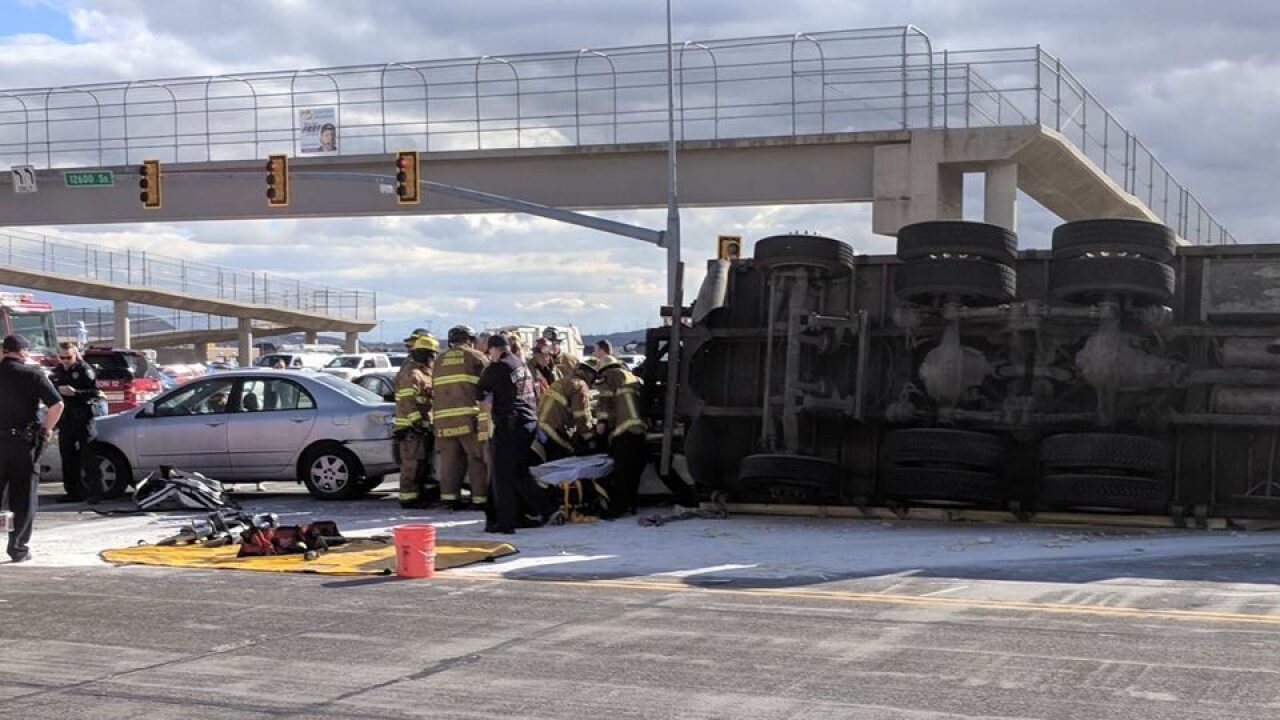 RIVERTON, Utah - Multiple people are injured after a semi-truck carrying drywall overturned onto cars at 12600 S. and Bangerter Highway.

The crash closed 12600 S. both eastbound and westbound at Bangerter Tuesday just after 2 p.m.

Unified Police said 12600 S. west of Bangerter will be closed to eastbound traffic until 6 p.m. or 7 p.m.

The Utah Highway Patrol said the semi driver decided he could not make the light so he tried to turn instead.

UHP said the truck's load shifted and caused it to tip, crushing one car and hitting another car and truck.

One man is in critical condition and two other drivers are in fair condition.

The semi driver is in fair condition.

Troopers have not said if the truck driver will be cited at this time. 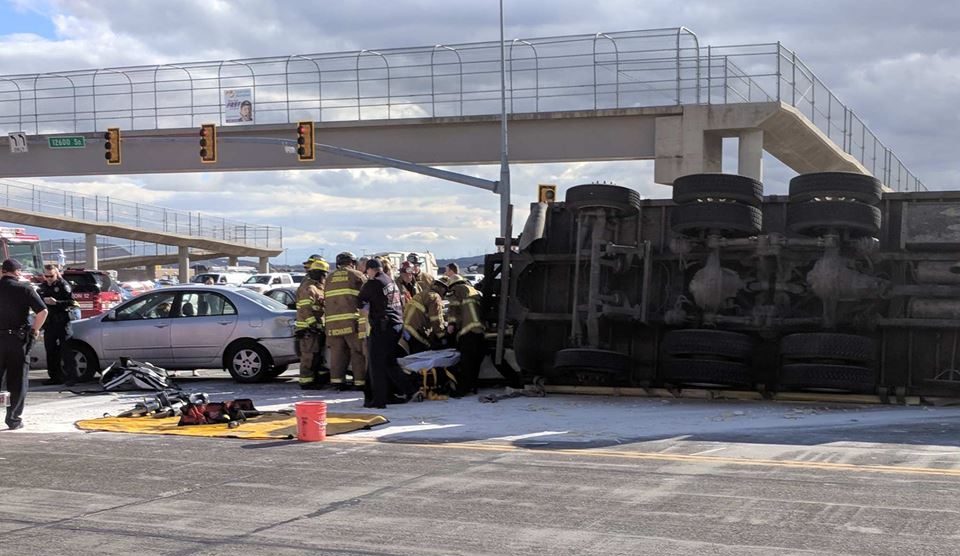