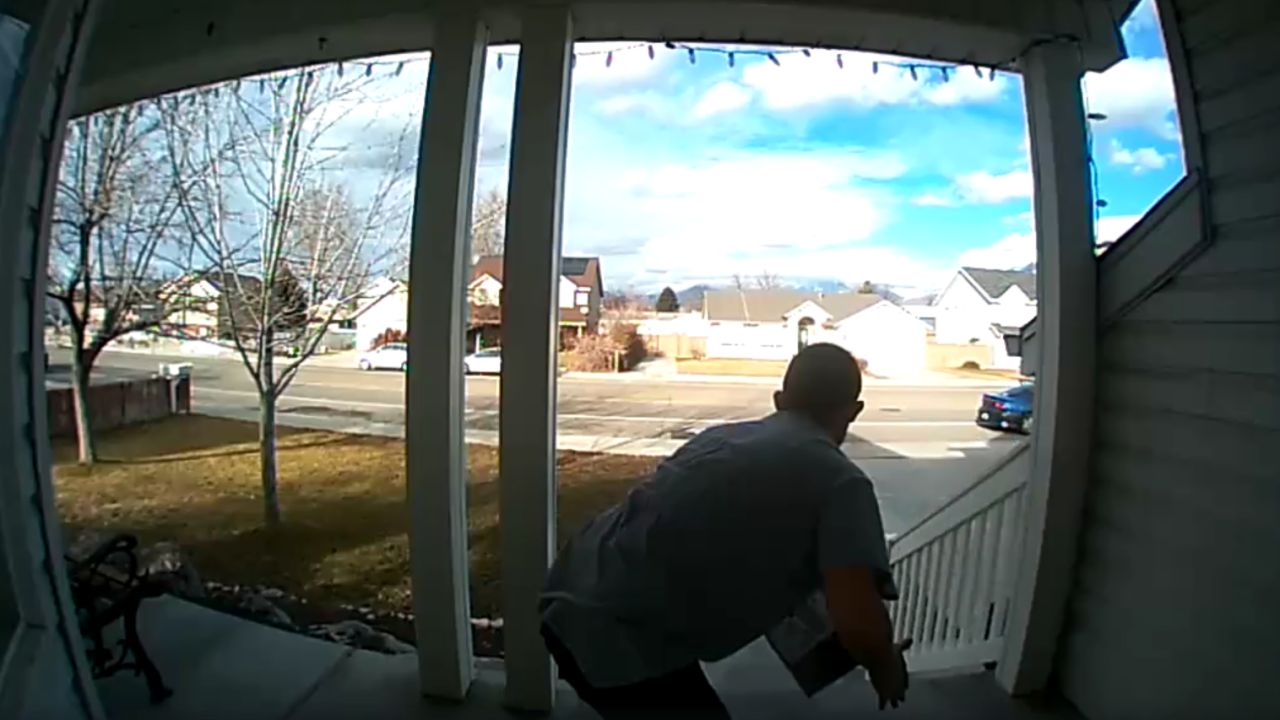 PROVO, Utah – The Provo Police Department is seeking a suspect wanted in a package theft that occurred on Jan. 11.

According to a Facebook post made by police, the incident occurred near 1000 W. and 1100 S. The suspect, who was driving a dark blue compact vehicle, ran up to the porch, quickly grabbed a package and took off.

Anyone with information on the suspect or the vehicle shown in surveillance was asked to contact the Provo Police Department at 801-852-6343.

Surveillance footage of the incident can be seen below: