Hundreds of birds fall from sky in Draper 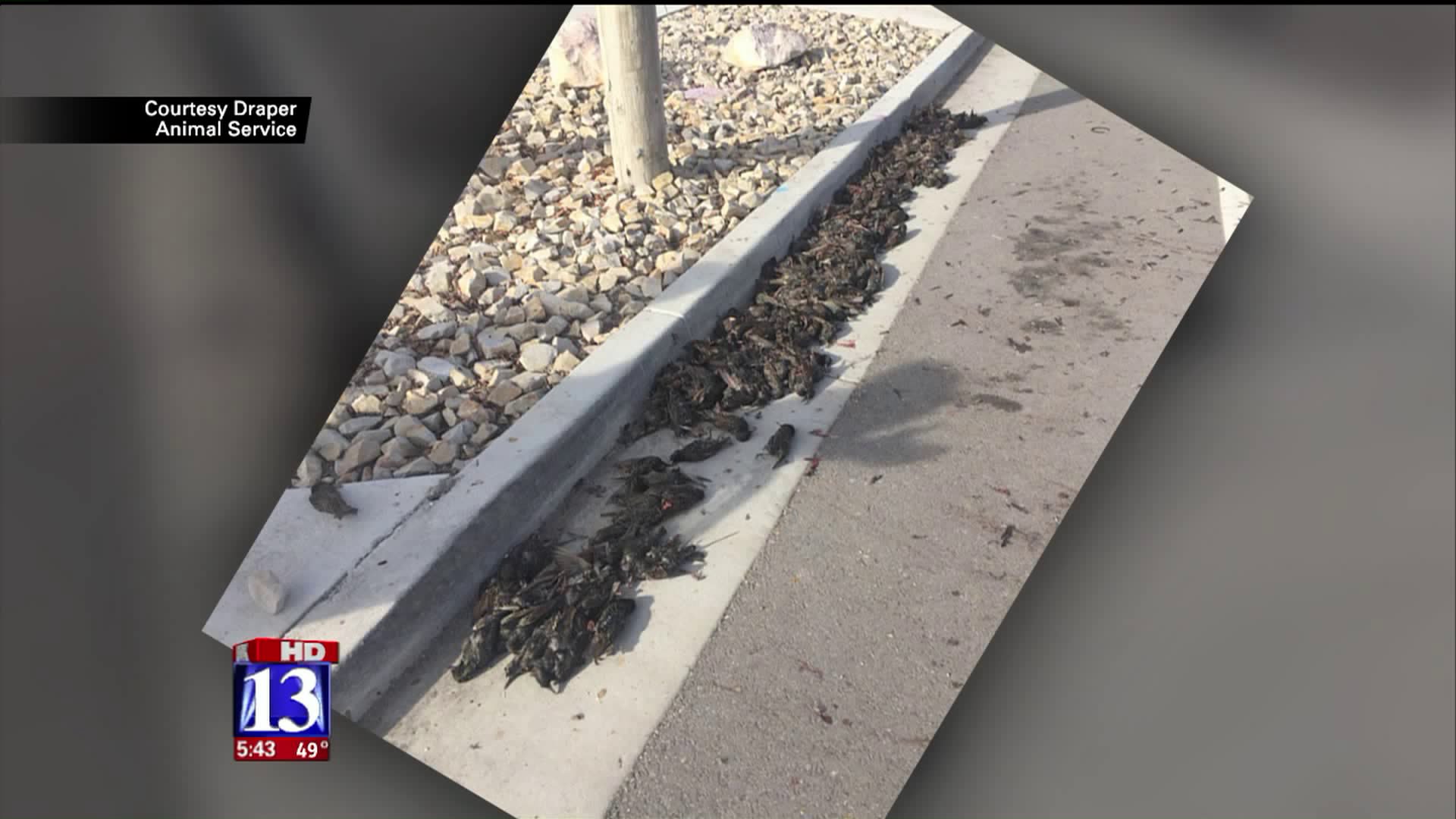 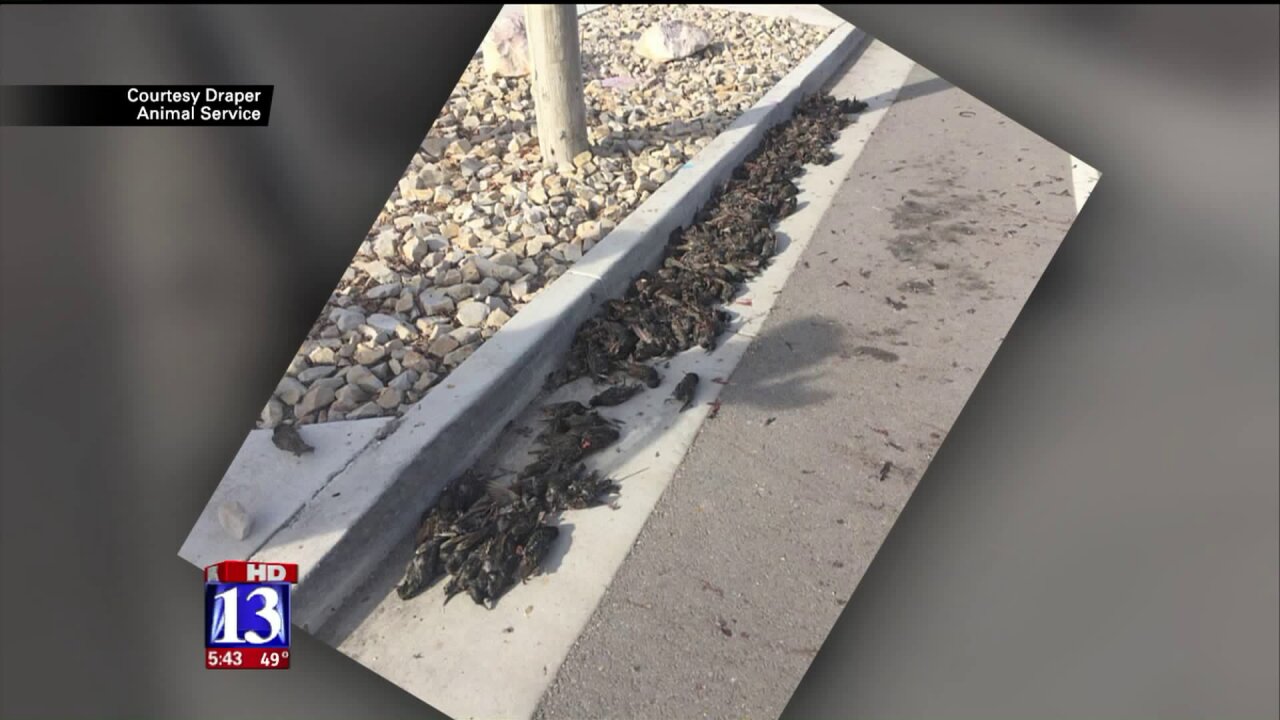 DRAPER, Utah – More than 200 birds fell from the sky onto a Draper street Monday, leading residents to wonder what caused this mass avian accident.

“It’s one of the rarest things I’ve ever heard of,” said Sergeant Chad Carpenter with the Draper City Police Department.

“As I was driving, these birds were just falling out of the sky,” said Draper resident, Lacey Brown as she was driving down the street on 300 East in Draper.

“They were all on the ground right around here and on the roadway,” Brown said, “They were just falling out of the sky like leaves,” she added.

But they weren’t leaves, they were hundreds of small birds called starlings.

“You’ve seen that black cloud as it’s flying all over the place. Well, that’s a starling group and they call that flying tandem or murmuring,” Sgt. Carpenter said.

Experts said it’s a technique they use to stay warm during the winter and to ward of birds of prey.

People on social media speculated that aliens were to blame, the flock was poisoned or hit by lightning, but in this circumstance that wasn’t the case.

“No aliens, no cloaking device,” Carpenter said, “No poison, it was just one of those freak things where the birds were just flying along, crashed into the side of a large vehicle and boom,” he added.

Whether it be misdirection or weather related, something caused the lead starling to crash and thanks to the breeds’ tandem flying, the rest followed.

Brown said she pulled over to help and saw one man shoveling the birds out of the road.

Draper Animal Services was also on scene to clear the birds and collect any that were still alive.

“It was not a sight for the faint of heart,” Brown said.

“It was weird, just a weird one,” Carpenter said.

While this is rare, Draper Police Department says if something like this happens to you, report it.

17 birds are still alive and were transferred to a local rehabilitation center, the hope is they will recover and be released back into the wild.