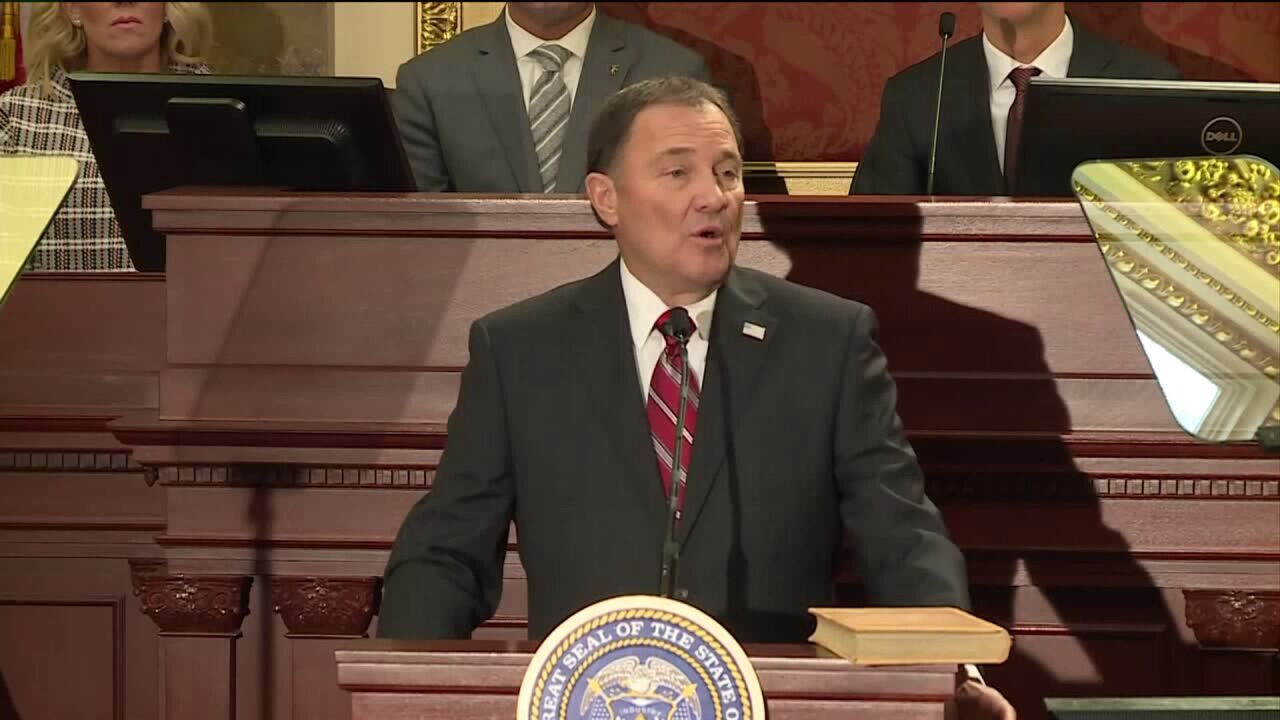 The governor apparently delivered his State of the State address on Wednesday night without betraying that he was in great pain. His office said he insisted on delivering the address.

“Although he has been experiencing pain, he remains in good spirits and has maintained a full schedule,” Edwards said.

“Following his speech this evening, he visited with justices of the Supreme Court, as well as his family and friends. When he left the capitol, he was headed to get Mexican food at favorite local restaurant with members of his family. The governor is scheduled for kidney stone removal surgery on Friday afternoon.”

In accordance with the Utah constitution, a proclamation will be issued transferring authority to Lt. Gov. Spencer Cox to govern the state when Gov. Herbert undergoes anesthesia at approximately 3 p.m. on Friday, Edwards said.

Incredible speech tonight by @GovHerbert. Even more impressive when you realize he did it in extreme pain for the last 2 days. #ToughAsNails https://t.co/9hY1zDuyad

Heard this was the case. Tremendous character, determination and dedication to our state. 💪 Wishing our leader the very best! @UtahCorrections https://t.co/b2HLvTT5Np

It's true. As tenderhearted as he is, my boss @GovHerbert is one very tough guy. He's kept a full schedule and good spirits. Amazing! https://t.co/AIQhqVDTnh