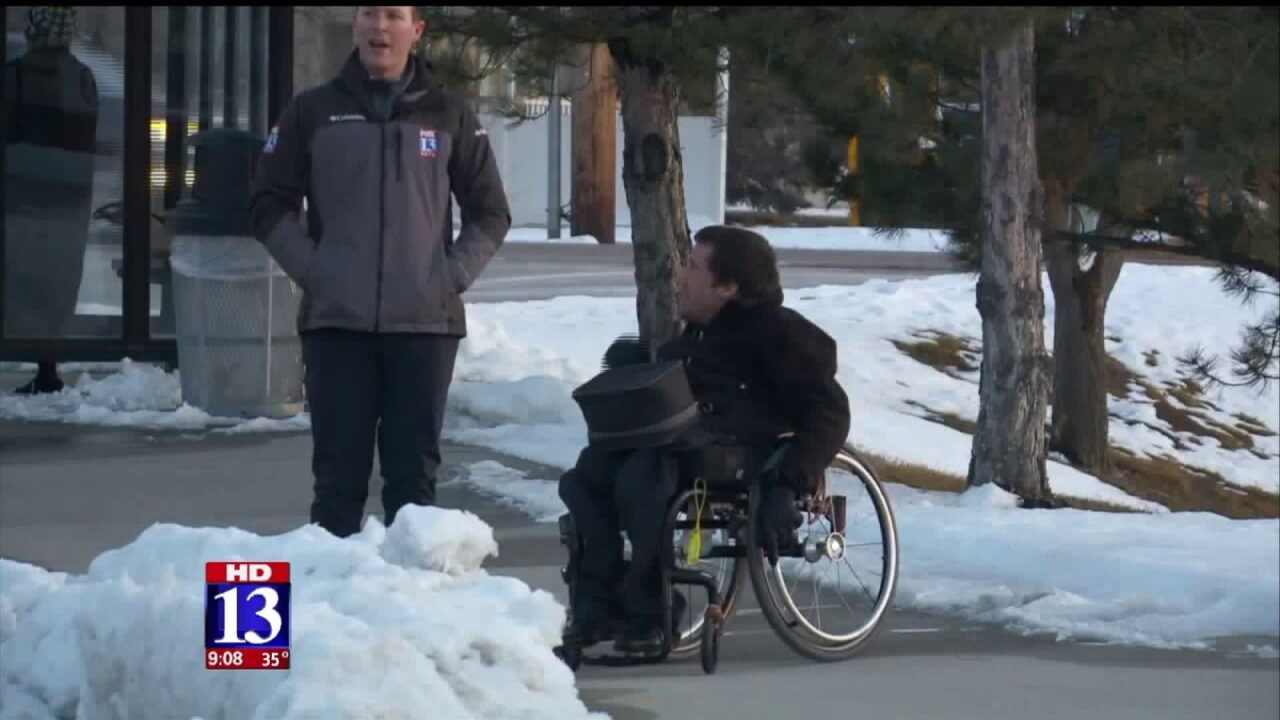 MURRAY, Utah - The platform at the Fashion Place West Trax stop in Murray is clear of snow. The sidewalks are clear. The parking lot is clear. But for days after the snow started, some sidewalk ramps still sat under several inches of snow.

“When it’s not easy, people like myself and other people with disabilities who can’t get around well, don’t want to make it an issue, we just want to be treated equally and have the same access,” said Joseph Aldrich.

Aldrich commutes everyday on Trax, riding from Murray to his job in downtown Salt Lake City. He has spina bifida, and uses a wheelchair to get around.

Aldrich vented his frustration on Facebook, writing it is not the first time he’s had an issue after a snowstorm. Last year, he fell out of his wheelchair trying to cross a parking lot.

“We’re sorry that that happened and we hate to see that happen and hopefully in the future we’ll be able to move the snow out of the way so he doesn’t encounter those kinds of obstacles,” said Carl Arky, spokesperson for UTA.

“We have 50 rail stations up and down the line, that includes TRAX and Frontrunner, so we really try to attack those first,” said Arky.

If a commuter has an issue, such as snow blocking a ramp, UTA asks they call 801-RIDE-UTA. Within four hours of Fox 13 News calling to alert UTA for Aldrich’s complaint, the ramps at his station were clear.