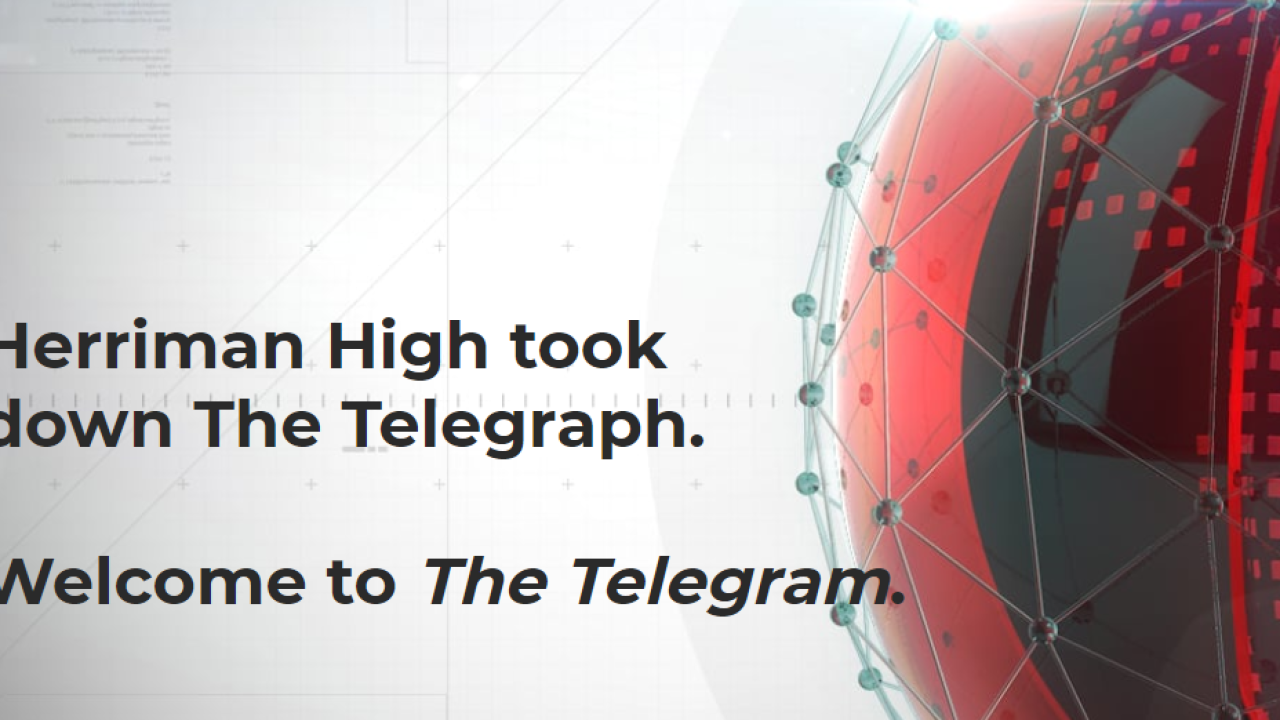 HERRIMAN, Utah – Students who run the Herriman High School newspaper The Telegraph have claimed that the school is attempting to censor them, following a report of a former teacher’s misconduct that was revealed first by the student paper.

On Jan. 18, Student Journalist and News Editor Conor Spahr broke the story that an ex-Herriman High School teacher was being investigated for misconduct. After being released, multiple local news agencies picked the story up, including Fox 13.

Fox 13 confirmed that the Unified Police Department was investigating alleged misconduct by Ryan White, who ended his job as a teacher at Herriman High School in November of last year. White allegedly texted a 17-year-old student during the course of a school year, and then after the student graduated. Some of the text messages the student received were allegedly inappropriate.

“In the dead of morning, on January 19th, Herriman Administrators deleted the story and took the website offline. Just recently has it been brought back online, but student journalists have no access to the website, and the articles are still deleted,” a press release by The Telegraph’s editors, Conor Spahr and Max Gordon said.

Though Fox 13 could not immediately confirm that student journalists did not have access the website, the article involving the ex-teacher, Ryan White, had been taken down.

“No explanation was given to the staff of The Telegraph, nor was a timeline of how long this ban would take effect,” students said in the statement.

Since the alleged censorship of The Telegraph, several Herriman High School students started a new, independent newspaper called The Telegram.

“The Telegram aims to be Herriman High School’s independent news source that will not censor material in any way,” the new website read.

In addition to releasing the original article about White, The Telegram has posted a handful of other pieces since Jan. 18, including a press release regarding alleged censorship of The Telegraph by the school, and a breakdown of the school’s drug use and vaping issues.

Jordan School district neither confirmed nor denied the alleged censorship of The Telegraph.

In a statement, Sandy Risegraf, Director of Communications for the Jordan School District, wrote the following:

“Jordan School District encourages thought-provoking, informative and accurate reporting of all stories in our school newspapers.

It is the responsibility of students, school advisors and administrators to have every story meet these expectations.

Again, we encourage students to participate in responsible journalism, sharing informative stories as part of their educational experience.”