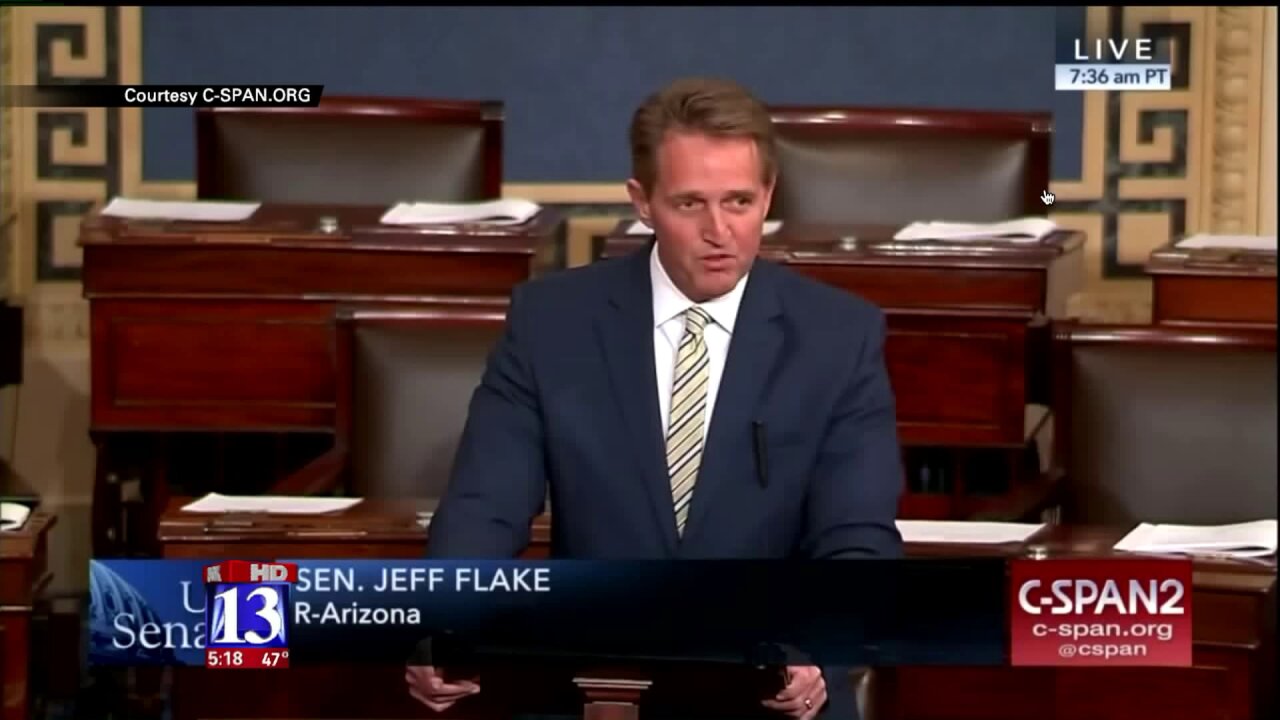 WASHINGTON D.C. -- Senator Jeff Flake. R-Arizona, took his rhetorical battle against President Donald Trump to a new level Thursday morning as he took to the Senate floor and compared Trump to one of the world's most notorious dictators: Joseph Stalin.

"The enemy of the people was what the President of the United States called the free press in 2017. Mr. President, it is a testament to the condition of our democracy that our own President uses words infamously spoken by Joseph Stalin to describe his enemies," Flake said in his speech.

Flake, a Mormon himself, also invoked the words of a LDS hymn in his defense of a free press, as you'll see in the story above.

White House Press Secretary Sarah Sanders said the comparison was out of line, and that the White House works hard to accommodate the media.

"I'm standing right here taking questions," Sanders said. "The President does so regularly, and to act as if we're anything but open to that back and forth exchange is utterly ridiculous."