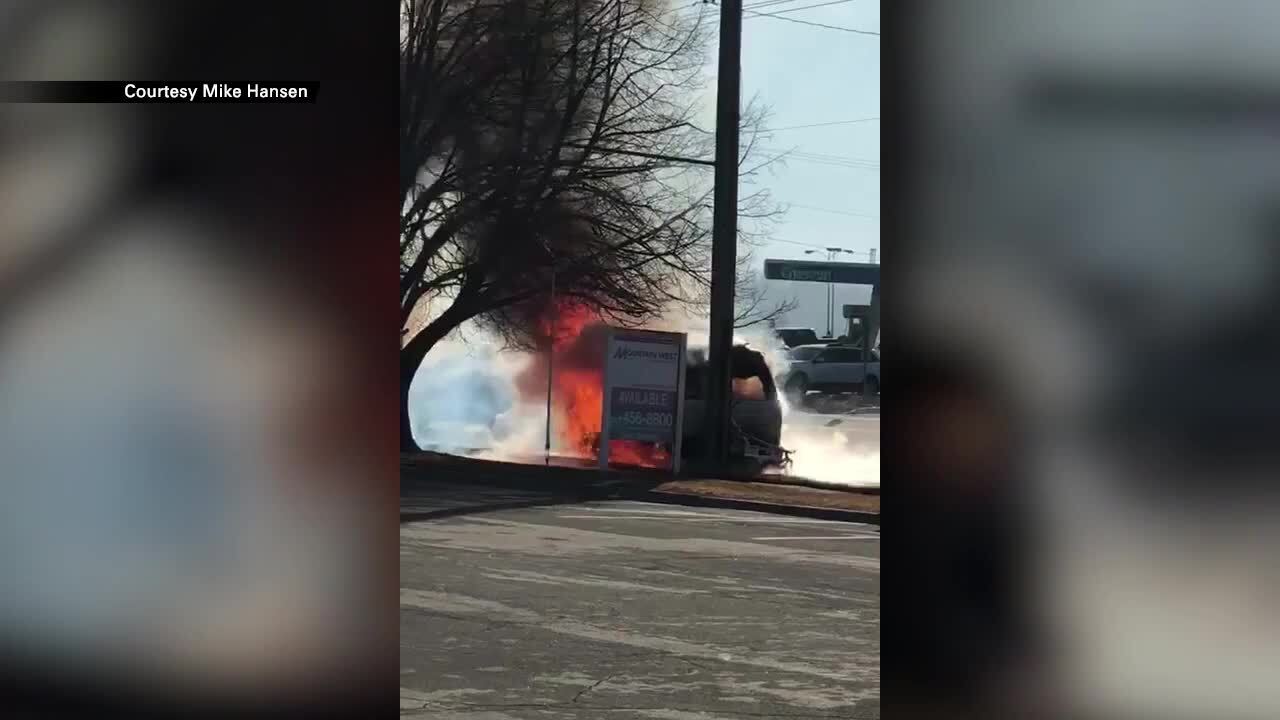 MILLCREEK, Utah - A car suffering a mechanical failure caught on fire Monday morning, and in the chaos, struck a power pole.

Matt McFarland with Unified Fire said that a call came into dispatch around 10:30 a.m. Monday morning. The fire was promptly put out, and was under control at 10:30 a.m., McFarland said.

Rocky Mountain Power was called on scene, to ensure that the power was out on the pole, and if it needed any repairs done.

McFarland stated that there were no injuries in the accident, and that there was only one occupant in the vehicle.

The occupant was reportedly trying to put the fire out with a small fire extinguisher. No structures were threatened during the incident.

Watch the video above for footage of the incident.