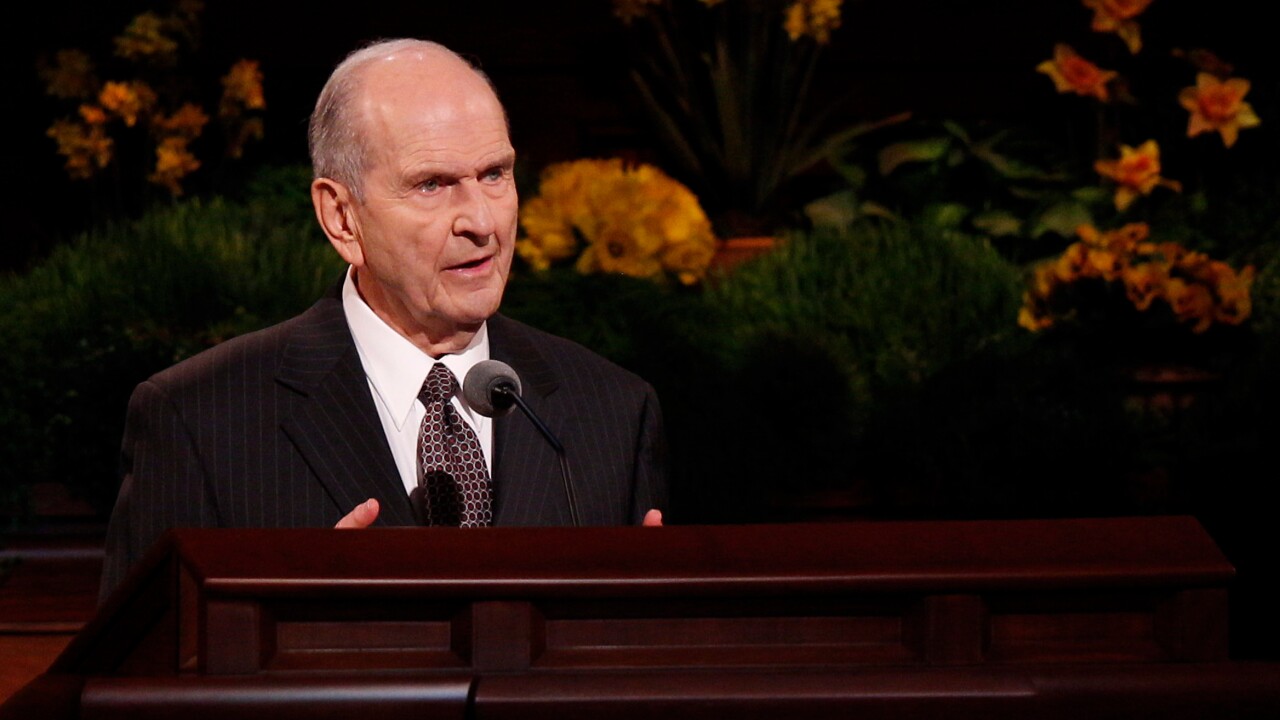 Elder Russell M. Nelson of the Quorum of the Twelve Apostles speaks at the Saturday afternoon session of general conference, 5 April 2014. ©2014 BY INTELLECTUAL RESERVE, INC. ALL RIGHTS RESERVED.

SALT LAKE CITY – The Church of Jesus Christ of Latter-day Saints announced Saturday morning that they will be introducing new church leadership on Tuesday, January 16th.

According to the LDS Church, President Russell M. Nelson will address church members and the public worldwide via a live broadcast at 9:00 a.m. MST that morning. The presentation will be broadcast in 29 languages via the Church’s broadcast, internet and social media channels.

Following the broadcast at 10:00 a.m., President Nelson will host a press conference and answer questions “fielded from pre-selected local, national and international media.”

The broadcast will be streamed live on Fox 13 that morning as well as the Church’s various websites and streaming services.