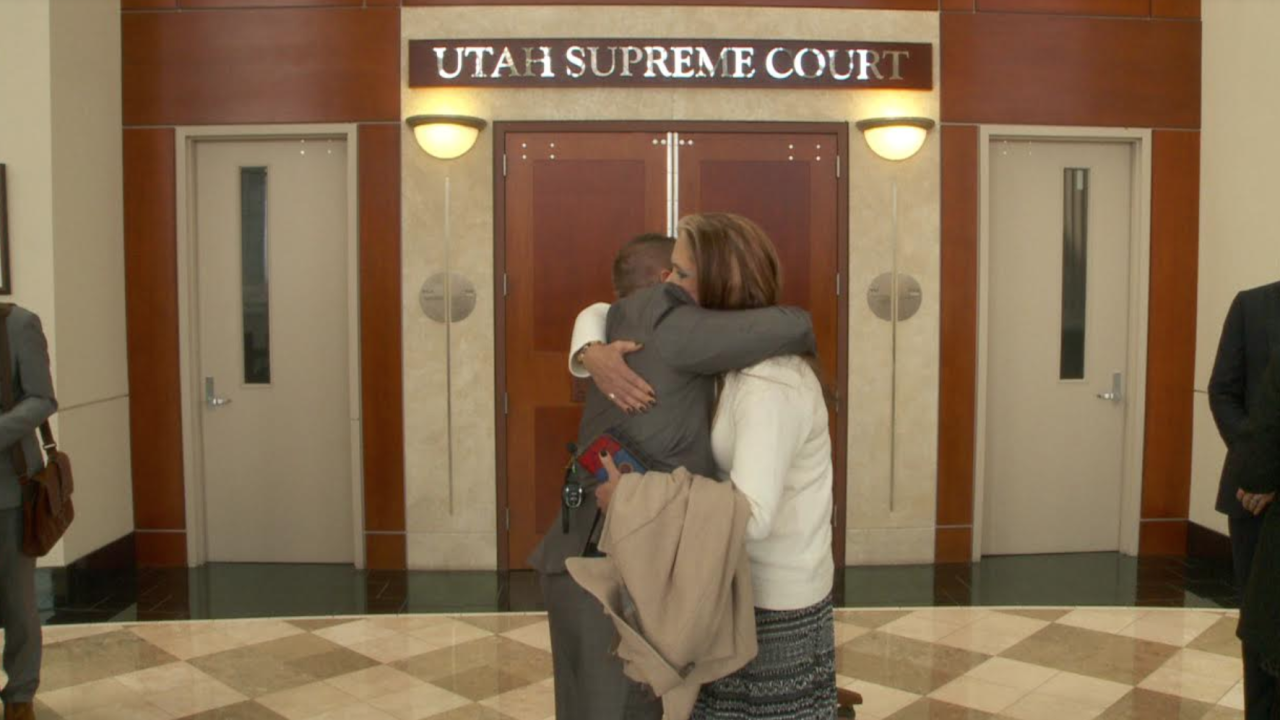 The justices heard arguments Monday in a case brought by two people who have tried to get the courts to change their gender on their birth certificate to reflect their gender identity. The impact of that change is widespread, said Angie Rice.

"If we pull a credit card out in a restaurant and it has a male name on it, or I get stopped at a traffic light and it doesn't appear to be what we see," she told FOX 13. "I've had difficult times in airports."

Rice and Sean Childers-Gray had an Ogden judge grant their legal name change back in 2016. But the judge would not change the gender on the birth certificate. Other judges across Utah have ordered birth certificate changes for transgender people with no problems, their attorney, Chris Wharton, argued to the court.

"They shouldn't be selecting our gender. It should just be standard," said Childers-Gray of the legal issue.

Justice Thomas Lee acknowledged they were in "a brand new frontier." He appeared to be uncomfortable with the fact the state of Utah has declined to weigh in on the case, and whether the Court should just rule  alone. The Utah Attorney General's Office filed papers early on in the case essentially saying they would stay out of it.

"This case raises some really important questions of statutory interpretation, there's a constitutional question," said Justice Lee. "And we have no adversary briefing."

Throughout the arguments, the justices peppered Wharton with a wide variety of questions from chromosomes to driver licenses and insurance.

"The petitioner has to show the requested change actually reflects their gender identity," Justice Paige Petersen noted as the arguments summed up.

Outside court, Rice and Childers-Gray hugged each other and wiped away tears. The Utah Supreme Court took the case under advisement with a ruling expected in about a year.

"In my heart, I think the only thing I can say is I hope that God and the law guides their judgment," Rice said.