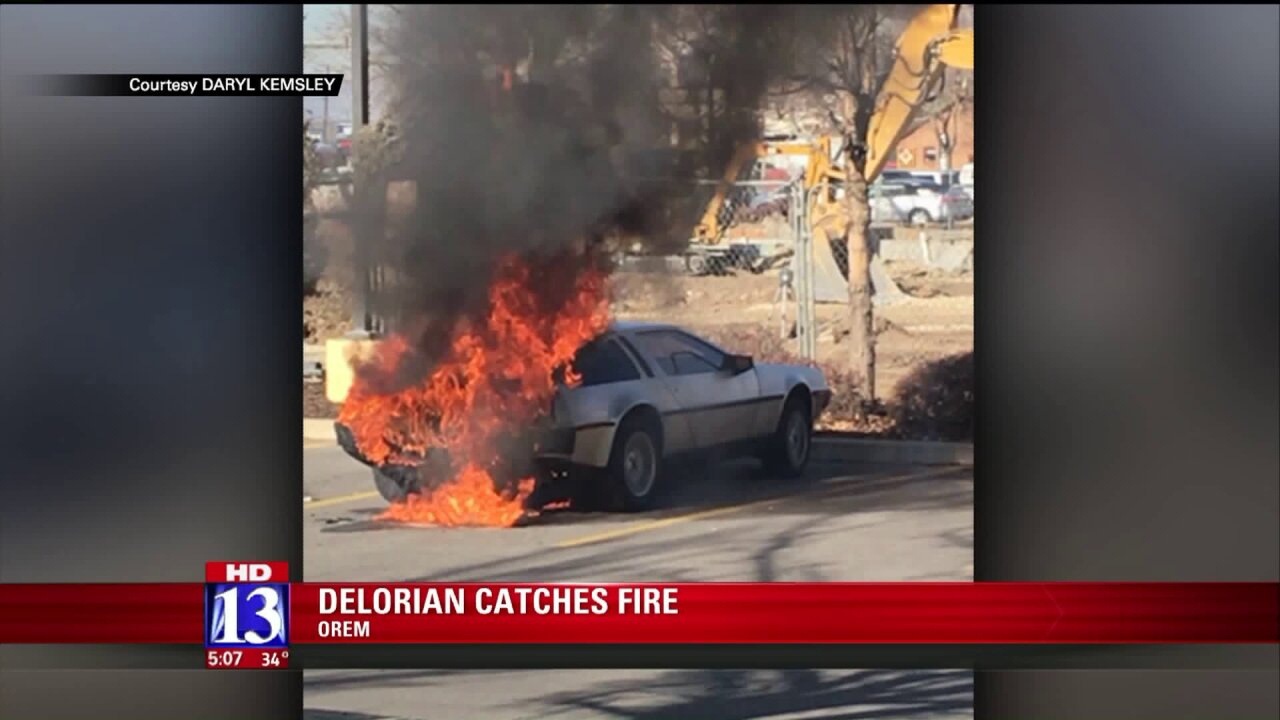 OREM, Utah -- A Lindon man says employees at a Rite Aid in Orem wouldn't help him when his car went up in flames in their parking lot.

Video from Daryl Kemsley shows his DeLorean engulfed in flames on Friday.

Kemsley said the car began emitting smoke after a fender bender, and when he pulled into the parking lot of a Rite Aid he saw a small flame so he got out and called 911.

The man said he went into the Rite Aid to ask to borrow a fire extinguisher, but he says the employees told him no because the extinguisher was company property.

“I know legally they don't have to help me, but it just baffles me that they don't know how to use a fire extinguisher,” he said.

Firefighters arrived on scene and extinguished the blaze, but the car is a total loss.

A manager at the Rite Aid told Fox 13 News they are not able to comment on the incident.

Kemsley said he suffered very minor burns while trying to put out the fire with a smaller extinguisher that a bystander loaned him.

Kemsley said the DeLorean has been his dream car ever since he saw the “Back to the Future” movies as a child. He said he spent thousands of dollars restoring the vintage vehicle, which he said had only 8,100 miles on it. He said he hoped to sell the car for a profit and had some offers in place prior to the fire breaking out.