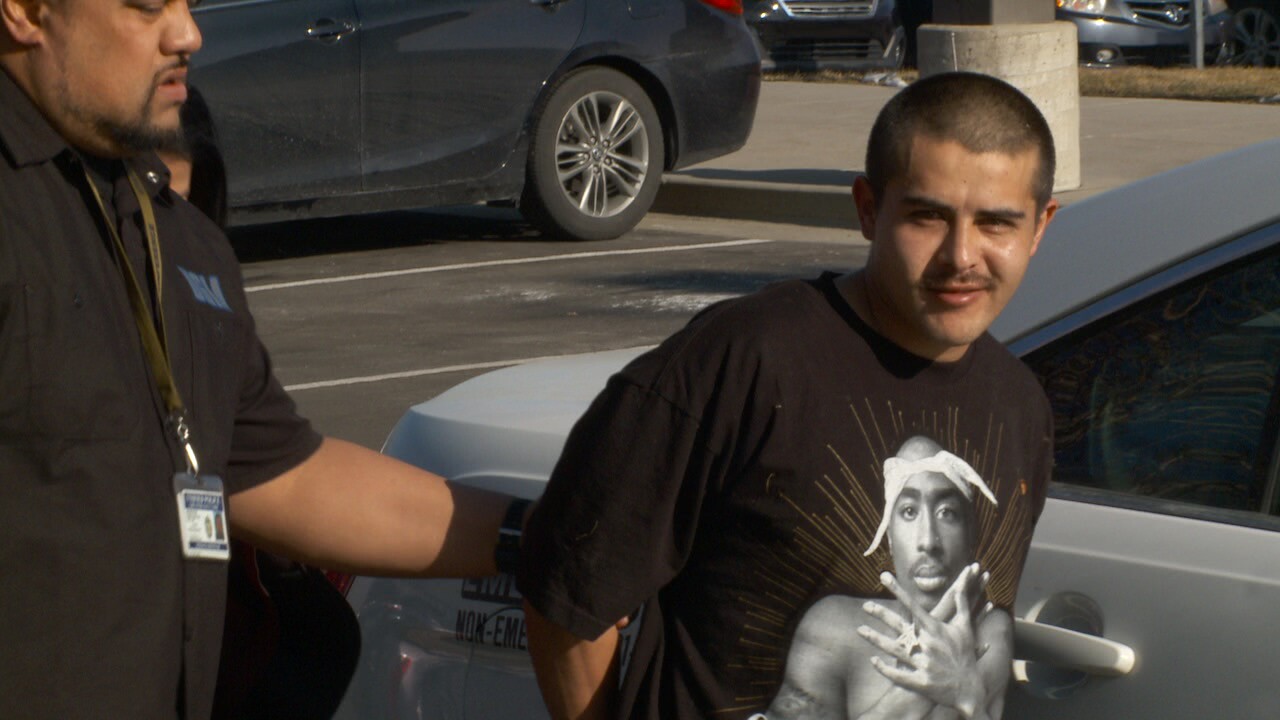 George DeLeon (right) is suspected in a pair of stabbings and carjacking in Taylorsville Friday morning.

TAYLORSVILLE, Utah — Unified Police have captured the suspect in a pair of stabbings and a carjacking in Taylorsville early Friday morning.

George DeLeon, 26, has been arrested in connection with the crimes.

A Unified Police spokesman said the victim was sitting in his car, waiting for the gym to open and the suspect approached the car and threatened the driver with a knife.

“The suspect produced a screwdriver and […] stabbed the driver in the shoulder and the hand, not producing serious injury, but did threaten the driver. At that point, the driver got out of the car and the suspect took the vehicle, which was a 2012 silver Ford Mustang,” said Lt. Brian Lohrke, Unified Police Department.

The weapon used in the second stabbing was also a screwdriver, Lohrke said, and the victim in that case wasn’t seriously injured.

“We located this suspect on 3200 South. When our officers attempted to make contact, he fled on foot. We were able to take him in custody at 4960 South 3260 West,” Lohrke said.

Unified Police recovered the stolen Mustang at a 7-Eleven store in Taylorsville and they took DeLeon to their headquarters for questioning.