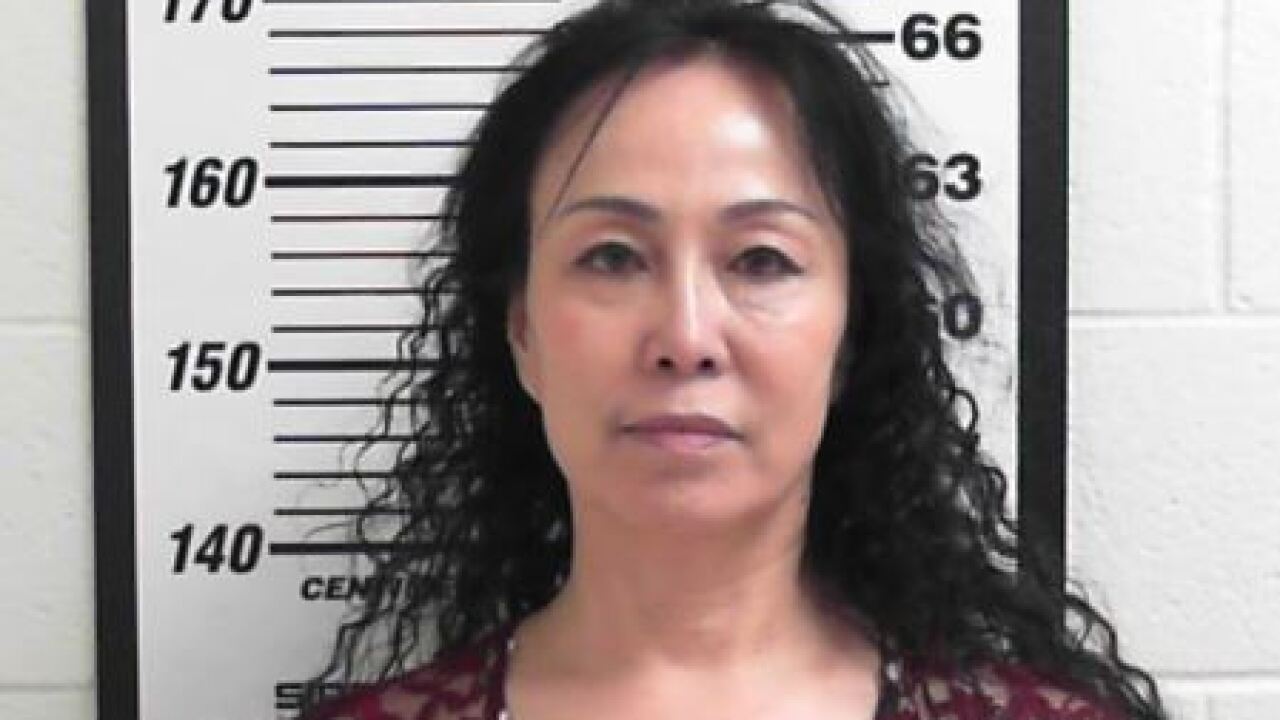 LAYTON, Utah – A Layton massage parlor employee appeared in court Tuesday, on charges related to prostitution at her place of work.

Zehong Wang, 56,  was charged with money laundering, exploiting a prostitute and sexual solicitation for offenses that police said occurred on Sept. 17, 2017.

According to a probable cause statement released by police, the Davis County Attorney’s office received a letter, stating that illegal activity was happening at Golden Day Spa, on 2146 N Main Street, #548 in Layton City.  The letter came from an unidentified person, and the attorney’s office gave the information to police.

On Oct. 17, 2017, the Layton City Police Department executed a search warrant at the spa, as well as Wang’s apartment. Police found evidence of money laundering, and stated that Wang had conducted transactions where, “the property involved represents the proceeds of some form of unlawful activity.”

Police also allegedly found evidence that Wang was trying to solicit sexual activity for the exchange of money, prompting a sexual solicitation charge.

The probable cause statement also said that Wang, “manages, supervises, or otherwise keeps, alone or in association with another, a place of prostitution or a business where prostitution occurs or is arranged, encouraged, supported or promoted.”

An initial court appearance was scheduled for Jan. 2, 2018 at 2:30 p.m.  Up until that point, court documents stated that Wang was not in custody.