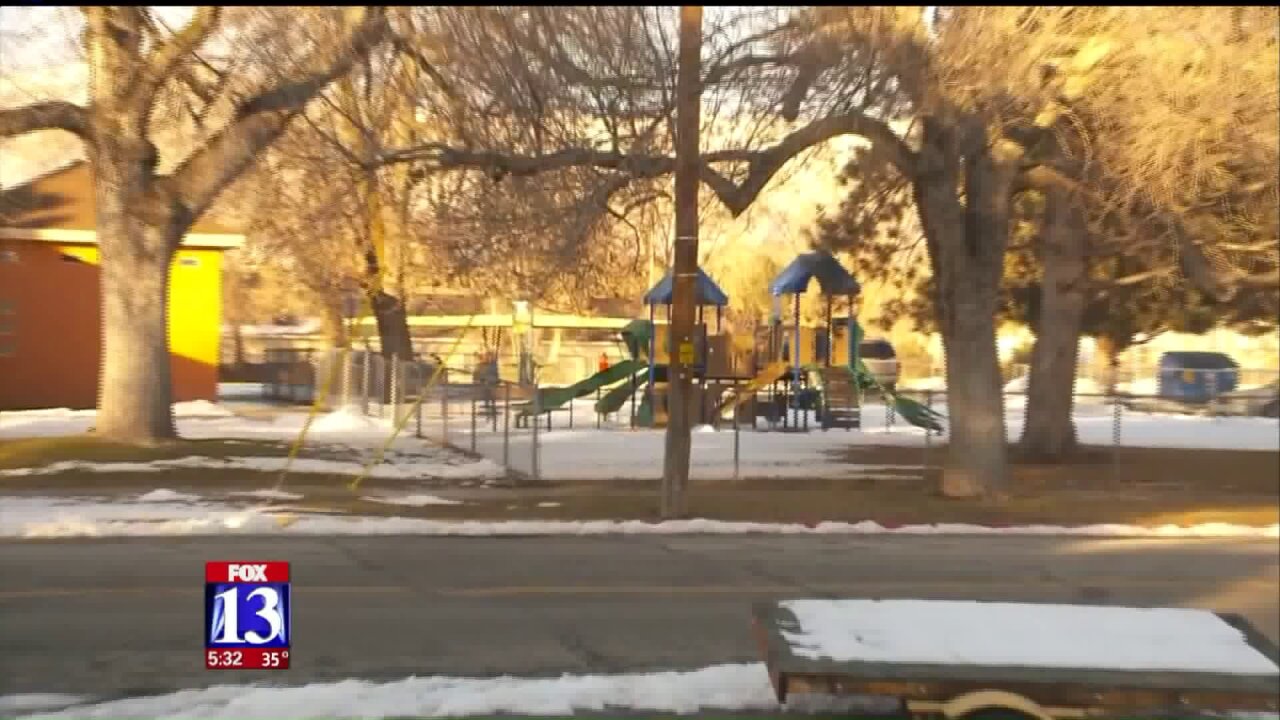 OGDEN, Utah -- An Ogden man came to the aid of a 4-year-old girl who was alone and not dressed for the cold Wednesday night, leading police to a tragic scene.

Marcus King said he was on his way to play some pickup basketball when a little girl called out to him from a playground near the Marshall White Community Center, 222 28th Street in Ogden.

“I had heard a little girl’s voice inside the park, didn't really think nothing of it... once I came around this way she had got my attention,” he said.

King said the girl was playing in the snow on the playground, but with the sun already down and temperatures near freezing, he was shocked by her attire.

“She didn’t have any jacket, no shoes, no parental supervision, and just took action then and took her inside,” he said.

The staff at the nearby community center helped him call police, and King stayed around for almost three hours until police could figure out where the girl’s mother was.

“When they walked over there, the door was wide open," King said. "And the way the little girl was explaining it was: Her mom wasn't paying attention, and her mom was on the floor sleeping."

Lt. Tim Scott with Ogden Police spoke about the scene.

"Officers went inside and found a 41-year-old mother dead," he said. "She was living alone with her mother. There is no sign of foul play. There are some pre-existing medical conditions that may have played a role."

Ogden Police confirm the girl’s mother died nearly 24 hours before the child was found by King. At some point the young girl left the apartment and went across the street to the playground.

King said he was glad to help out a child in need.

“This is not a good part of Ogden—there’s a lot of weirdos around here, and I’m really, really fortunate and happy that I got to her, and nobody else did,” he said.

As of Thursday night the child was in the care of the Division of Child and Family Services and authorities were working to determine if there are relatives she can stay with.

A YouCaring link was set up by the family to help with funeral expenses. It can be found here.