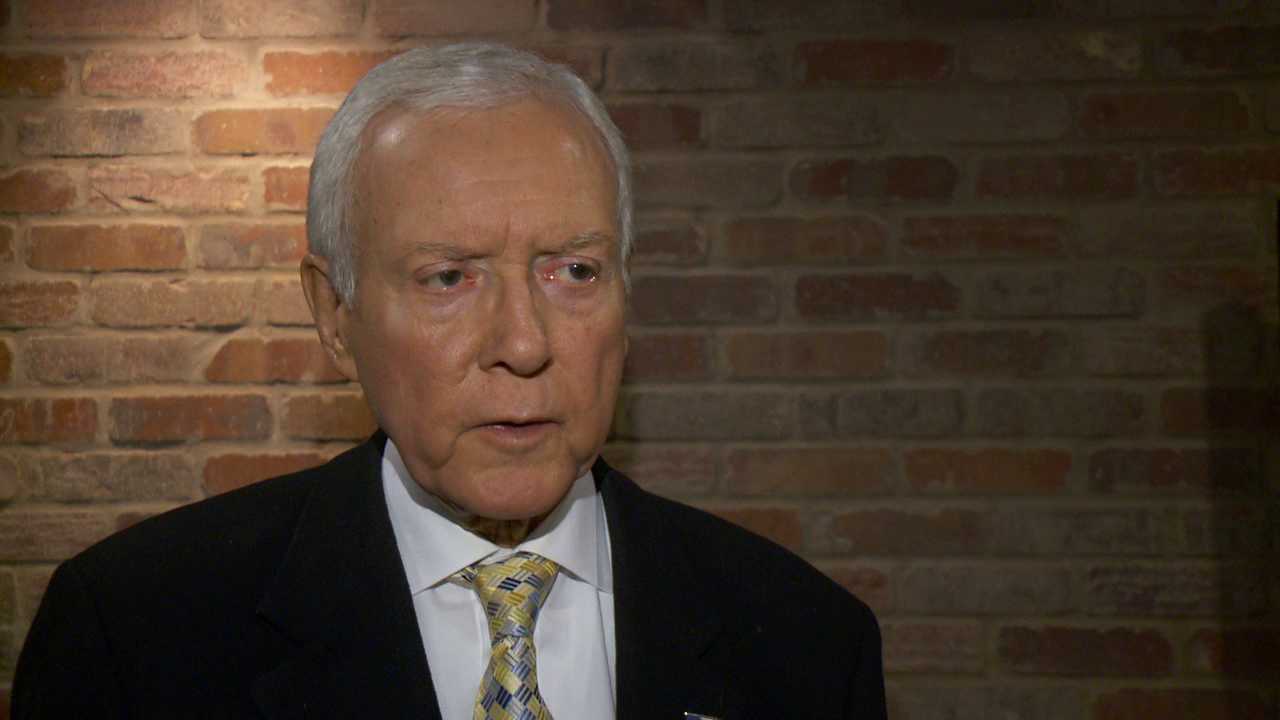 SALT LAKE CITY — A major Utah newspaper slammed the state’s senior senator, Orrin Hatch, in a scathing editorial Monday, calling on him not to seek re-election.

The Salt Lake Tribune, labeling the Republican senator “Utahn of the Year,” took issue with Hatch’s role in President Donald Trump’s decision to shrink national monuments in Utah and his role in the GOP’s package of tax cuts and reform.

The paper’s editorial board also said its position on Hatch was due to “his utter lack of integrity that rises from his unquenchable thirst for power.”

The paper said now that Hatch, the chairman of the Senate Finance Committee, had helped shepherd through his long-sought goal of tax reform, he should announce he will not seek re-election.

“It would be good for Utah if Hatch, having finally caught the Great White Whale of tax reform, were to call it a career,” the editorial stated. “If he doesn’t, the voters should end it for him.”

Hatch responded to the editorial with a tongue-in-cheek tweet, along with his own “picks” for Utahn of the Year.

“Grateful for this great Christmas honor from the Salt Lake Tribune. For the record, I voted for @SpencerJCox and @rudygobert27,” Hatch’s tweet said. Spencer Cox is the Republican lieutenant governor of Utah, while Rudy Gobert plays for the Utah Jazz.

If anyone is looking for a response to the Tribune’s Christmas editorial on Hatch, here you go. #utpol

“Everyone celebrates Christmas differently. We all sincerely hope the members of the Salt Lake Tribune editorial board find joy this holiday season in something beyond baselessly attacking the service and integrity of someone who given [sic] 40 years for the people of Utah, and served as one of the most effective lawmakers of all time, just to satisfy their unquenchable thirst for clicks.”

Political observers from Utah to Washington have watched Hatch closely to see if he will seek re-election or announce his retirement, opening up a Senate seat in a solid red state. Former Massachusetts governor and 2012 GOP presidential nominee Mitt Romney is reportedly considering a Senate run in Utah and holding off in anticipation of Hatch’s decision.

The Tribune’s criticism of Hatch is tied closely to Hatch’s support of Trump, a controversial figure in heavily Republican Utah.

Although Trump carried the state in 2016, a third-party challenger netted about a fifth of the vote, and Romney was among Trump’s staunchest Republican critics in the run-up to Election Day.

This month, Hatch was one of the Republicans to stand alongside Trump at a White House event commemorating congressional passage of tax legislation. At the event, Trump invited members of Congress to speak, and when Hatch’s turn came, he offered a glowing approval of the legislation — and the President.

Hatch told CNN in March that Trump had urged him to seek re-election, and although he said in 2012 that, if re-elected at the time, it would be his last term, Hatch has yet to announce whether he will bring his political career to a close.