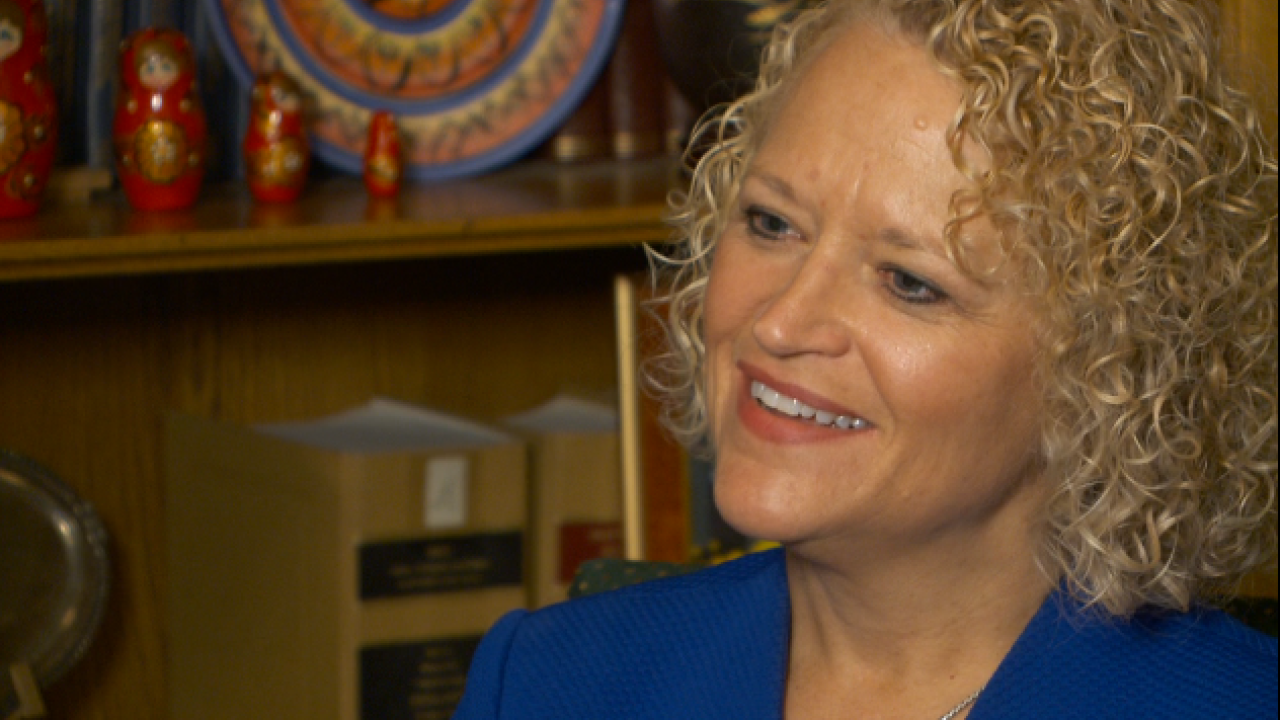 SALT LAKE CITY -- Mayor Jackie Biskupski is marking the halfway point in her first term with a series of policy wins and plans for the future.

In a wide-ranging interview Wednesday with FOX 13, the mayor spoke about the highs and lows she's experienced in office, and what she plans to accomplish in the coming years. She also revealed she is planning to seek re-election.

The mayor also noted her ambitious plan to put Salt Lake City on 100-percent renewable energy by 2032. Her positions on climate change in the era of President Donald Trump have increased her national profile. When he was in Utah signing proclamations to shrink Bears Ears and Grand Staircase-Escalante national monuments, she was in Chicago with other mayors signing an environmental accord. (The mayor had also led protests against the shrinking of the monuments a few days before.)

Mayor Biskupski said she planned to continue to focus on environmental issues, pressing for more work on air quality and watershed.

"The state needs to follow us, they need to get on board," she said. "They need to help us clear our air. We have set the course. It is very doable for our city."

The mayor's administration has had challenges. She faced heated pushback over the locations of homeless shelters and during "Operation Rio Grande." Mayor Biskupski clashed with House Speaker Greg Hughes and members of the Salt Lake City Council on both topics.

Asked about that, the mayor insisted she has been looking out for the interests of Salt Lake City.

Salt Lake City Mayor Jackie Biskupski speaks at a news conference on the city's solar power usage on the roof of the Public Safety Building, which is 100 percent powered by clean energy in 2016. (Photo by Ben Winslow, FOX 13 News)

"The Speaker is somebody who’s driven, he wants everything done yesterday. For me it was about making sure that at the end of the day I looked out for the city. That we entered into agreements that really protected the city," she said of Hughes.

"With the council, I have to represent the entire city, not just a segment of the population. So you’re going to have some push and pull because there’s going to be differing opinions on where I land with a particular council member. But overall, everything moved forward. Everything is moving forward. My budgets have been passed with very little changes."

Mayor Biskupski said Salt Lake City cannot be expected to shoulder the entire burden on homeless issues. She said her biggest regret in office was over the newer, smaller homeless shelters being built across the city and Salt Lake County. The locations of some of those shelters led to intense protest, particularly from residents in Sugar House.

"If I have one regret, it is caving into that pressure of agreeing to four resource centers," the mayor said, adding that she originally only wanted two shelters in the city.

Mayor Biskupski said as they build the new shelters, she wants to ensure they blend into the neighborhoods.

Planning for the remainder of her first term in office, Mayor Biskupski said she wants to do work on reinvigorating Library Square, collaboration with the Salt Lake School District, and implementing five-year plans she has on housing and transit.

"We did a five year plan because the needs are so great. We have to move quickly if we’re going to meet those needs. And I want to make sure I hold myself accountable," she said, announcing she plans to seek another term.

"I do want to seek another term. And that gives me an opportunity to make sure we’re on track with our energy renewable goals, that makes me held accountable on our housing. I do these five year plans to hold myself accountable and make sure that when I leave the foundation is set for the next administration to be successful."