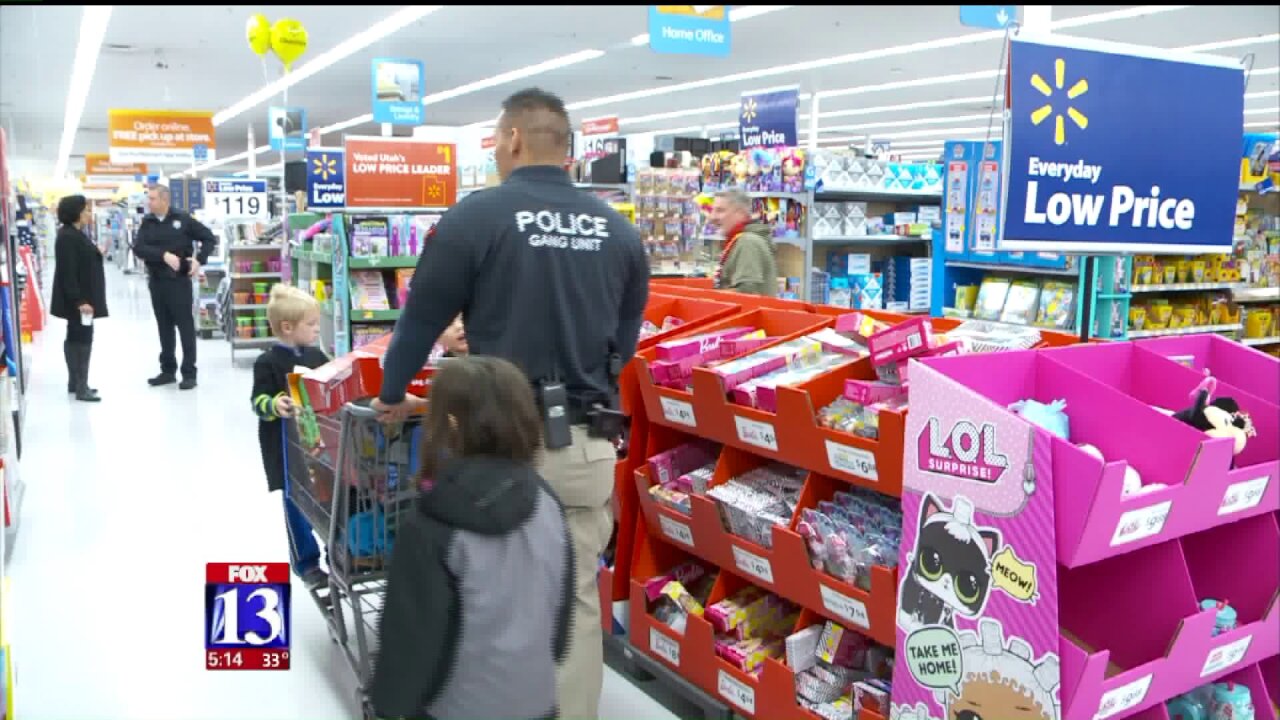 SALT LAKE CITY - Members of the Salt Lake City Police Department took on the role of Santa Claus for the force’s “Pay it Forward” initiative.

Saturday morning, officers paired up with about 50 kids in need and took them on a shopping spree at Walmart.

“The women and men of the Salt Lake City police department are stepping up today to give their time and money,” Salt Lake City Police Chief, Mike Brown said.

Officers met the children at 6 a.m. The kids brought their Christmas wish lists and officers made sure they went home with all of the items they requested.

The kids even bought gifts for other members of their families.

“What really touches me and the officers, is when they are so careful to pick up nice gifts for their brothers and sisters and moms and dads,” Chief Brown said.

Salt Lake City police raised and donated the money to cover the cost of the shopping spree. Officers were allowed to purchase a variance to the department’s grooming policy and grow beards if they gave money to the cause.

The department raised roughly $9,000. That money allowed each child to spend about $150.  If the items they selected exceeded that amount, the officer paired with the child covered the difference.

“When they go into the checkout, if they go over $10, $15, $20, sometimes more -- you’ll see an officer pull out their own money, their own credit card to cover that balance,” Chief Brown said. “Because officers embody compassion and core values.”

This is the inaugural “Pay it Forward” event.  Officers say an event like this is an important way to pay back the community.

“We want to help out the kids as much as possible,” said Detective Chow of the department’s gang unit. “Being in front of the community and showing them that we are there for them. We want to do anything we can for the community.”