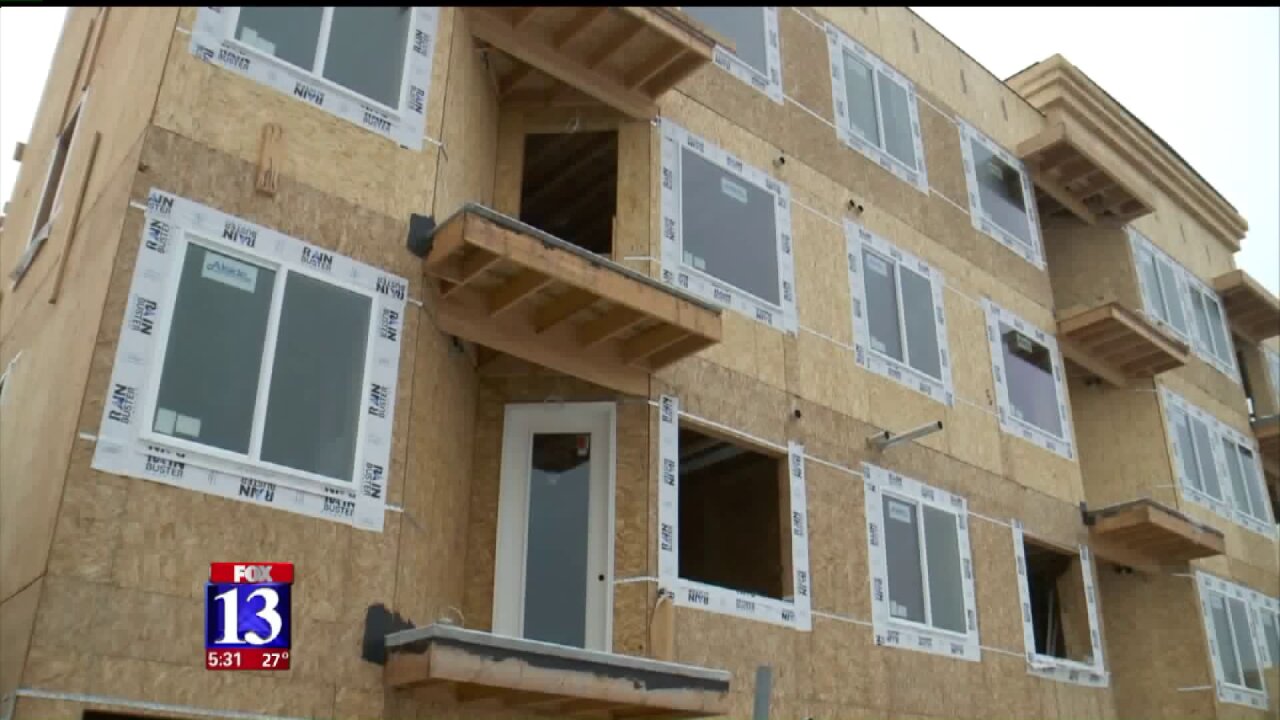 "Inclusionary zoning can be a very divisive topic," said Melissa Jensen, Salt Lake City's Housing and Neighborhood Development Director. "We've seen it do that around the country."

"Inclusionary zoning" mandates that developers carve a certain percentage of any housing project to be affordable and sold at less than they could command on the real-estate market.

"It is a requirement. So it’s the idea of saying to a developer, regardless of the financial situation that you have, or what you’re doing, the land cost, we are now forcing you to build affordability," she said.

Salt Lake City is floating the idea now to gauge feedback. The city is contemplating incentivizing developers to do it, forcing them to do it and even penalizing them financially if they want to opt-out. (In other cities, developers give the city an "in lieu payment" if they don't want to sell any units at less than fair-market value.) Any ordinance could be limited to specific neighborhoods or along transit lines, or city-wide.

Supporters of the concept say it ensures that there is affordable housing in a city where people are moving in, rents keep skyrocketing and homelessness remains a significant problem. The Salt Lake City Council has already declared an affordable housing crisis.

But opponents believe it could do more harm than good. Jensen said she is already anticipating pushback from developers as they begin discussing the idea with the city council.

"Everybody’s on the same page acknowledging it’s a crisis. We’ve got to figure out a solution," said Jason Mathis, the executive director of the Downtown Alliance, which advocates for downtown business and development. "Inclusionary zoning is one possible solution. It may not be the right solution for our community."

"It’s important to note that there are often unintended consequences with inclusionary zoning," he said.

Jensen cautioned that no decisions have been made and they are floating the concept to begin dialoguing with the public and stakeholders.

"Inclusionary zoning is policy that is widely used around the country, so we felt like it was a good starting point to have the conversation," she said.

The Salt Lake City Council could begin discussing the idea in early 2018. Mayor Biskupski's office also has a survey it is asking people to take on the subject. A link to that survey is here.