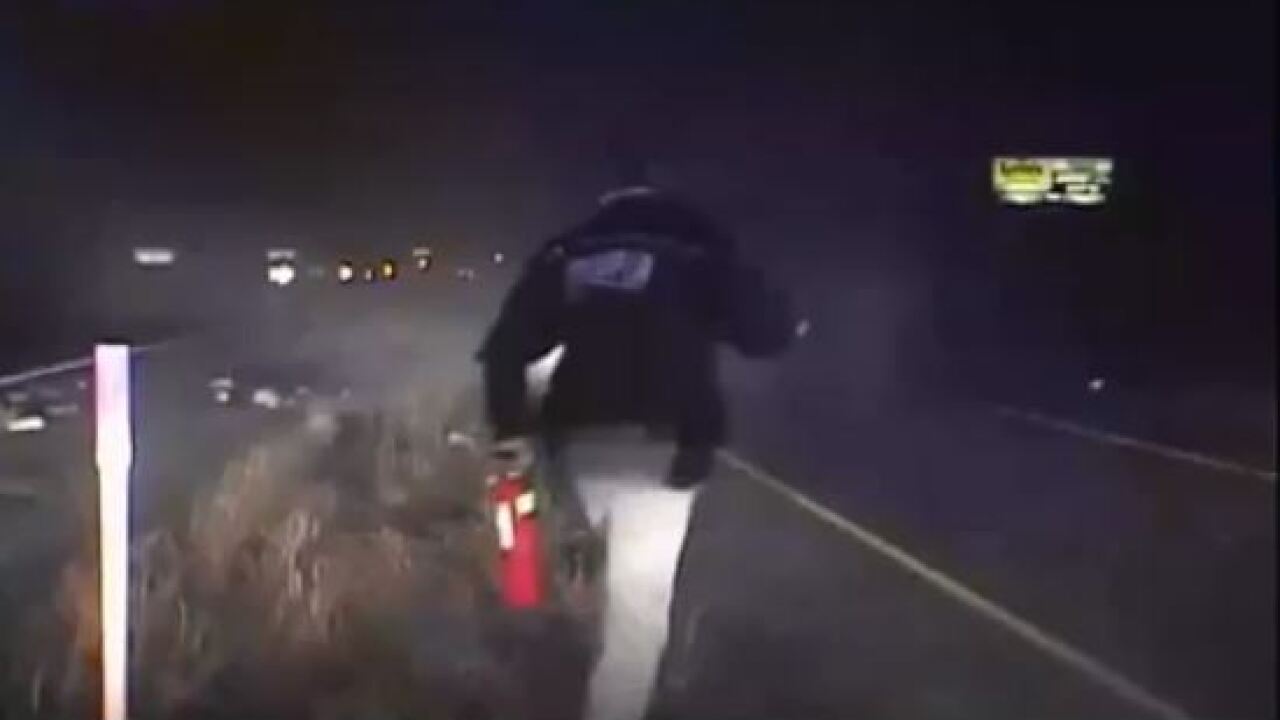 SOUTHERN UTAH -- Dash cam video captured a dramatic rescue Tuesday night as troopers pulled a woman from a burning vehicle alongside I-15 after the driver of the car fled from police at high speeds.

According to a press release from the Utah Highway Patrol, Trooper Joe Pastor was working on I-15 near mile post 40 around 9:30 p.m. when he saw a silver Audi with a California license plate go by at 104 mph.

Pastor attempted to make a traffic stop, but the Audi fled at speeds exceeding 120 mph. Pastor ended the pursuit around mile marker 48 and pulled over.

Trooper Mike Murphy, who was not involved in the initial pursuit, came across a debris field and the crashed Audi around mile post 51 and saw the male driver staggering around outside the car while an unconscious female remained seat-belted in the vehicle.

The car caught on fire, at which point Murphy attempted extinguish the blaze. Pastor and Trooper Bambi Baie pulled the woman out of the car before it became fully engulfed in flames, according to the press release from UHP.

Both occupants of the car were taken to a hospital in Cedar City in fair condition.

Troopers learned the Audi was reported stolen out of the Los Angeles area.

The pair are expected to face charges that include felony evading and possession of a stolen vehicle.

The driver was identified as 23-year-old Richard S. Davis and the passenger as 26-year-old Heather L. Haas.

Davis was treated at a hospital and then booked into the Washington County Jail on charges of possession of a stolen vehicle, evading and DUI. Haas remains in the hospital as of Friday's press release.