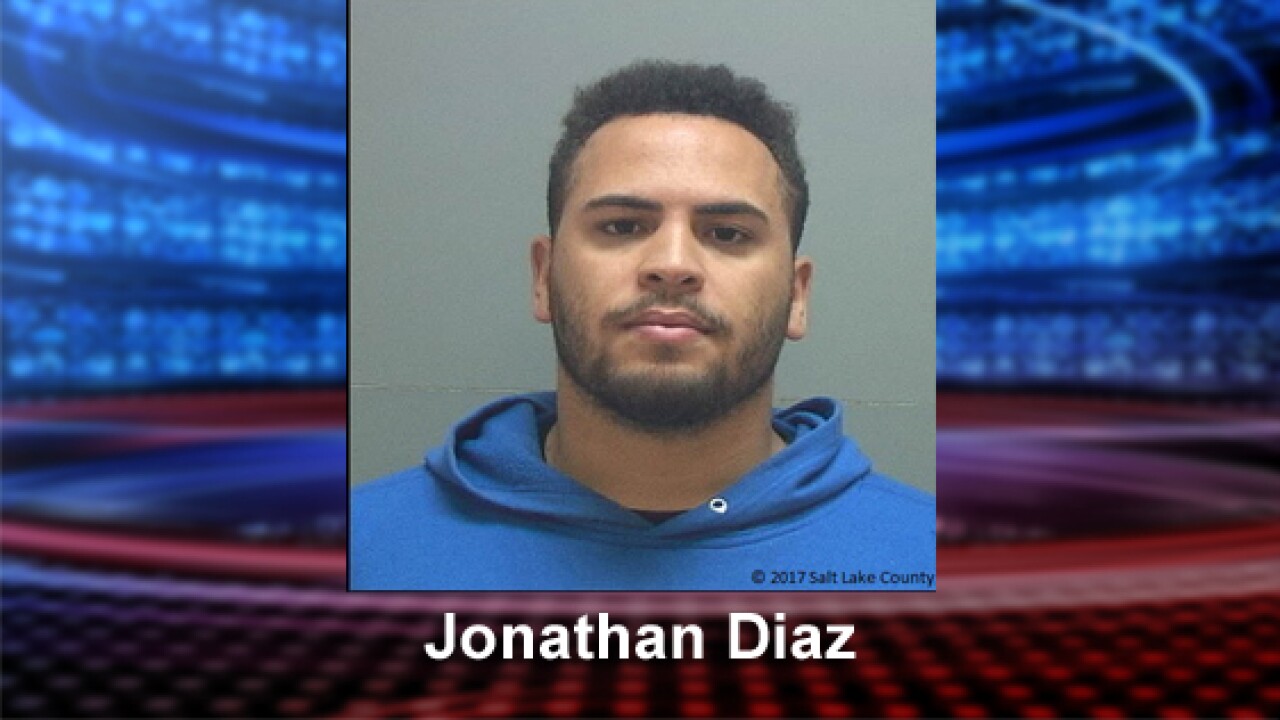 SALT LAKE CITY — Police arrested a Salt Lake City man Wednesday after he allegedly sent explicit pictures and tried to set up a meeting for sex with a Homeland Security agent posing as a 13-year-old boy.

According to a document filed Thursday in 3rd District Court, 24-year-old Jonathan J. Diaz faces four felony counts of enticement of a minor and one felony count of dealing in material harmful to a minor.

According to a probable cause statement, Diaz began communicating with the agent via Grindr on August 15.

“Diaz explained to the user that he didn’t mind the user was 13 if he (Diaz) didn’t get in trouble,” the statement said.

Diaz is accused of proposing various sex acts he would perform on the 13-year-old, and he also sent a picture of male genitalia, stating it was a picture of himself, the probable cause statement said.

Diaz then arranged to meet with the 13-year-old on the nights of August 15 and August 17, the probable cause statement said, and the agent investigating him stated Diaz appeared at the meeting place on August 15.

On November 29, the agent interviewed Diaz at his home, and Diaz was read his Miranda rights.

“Post Miranda, [Diaz] admitted to having chatted to a person believed to be a 13-year-old minor. [Diaz] admitted he had sent a picture of his penis to this 13-year-old. [Diaz] also admitted he had engaged in sexual conversation and had traveled to the pre-arranged location on August 15 2017 for the purpose of meeting with the 13-year-old for sex. When asked if [Diaz] would have engaged in sexual activity with the 13-year-old, he replied ‘probably.’,” the probable cause statement said.