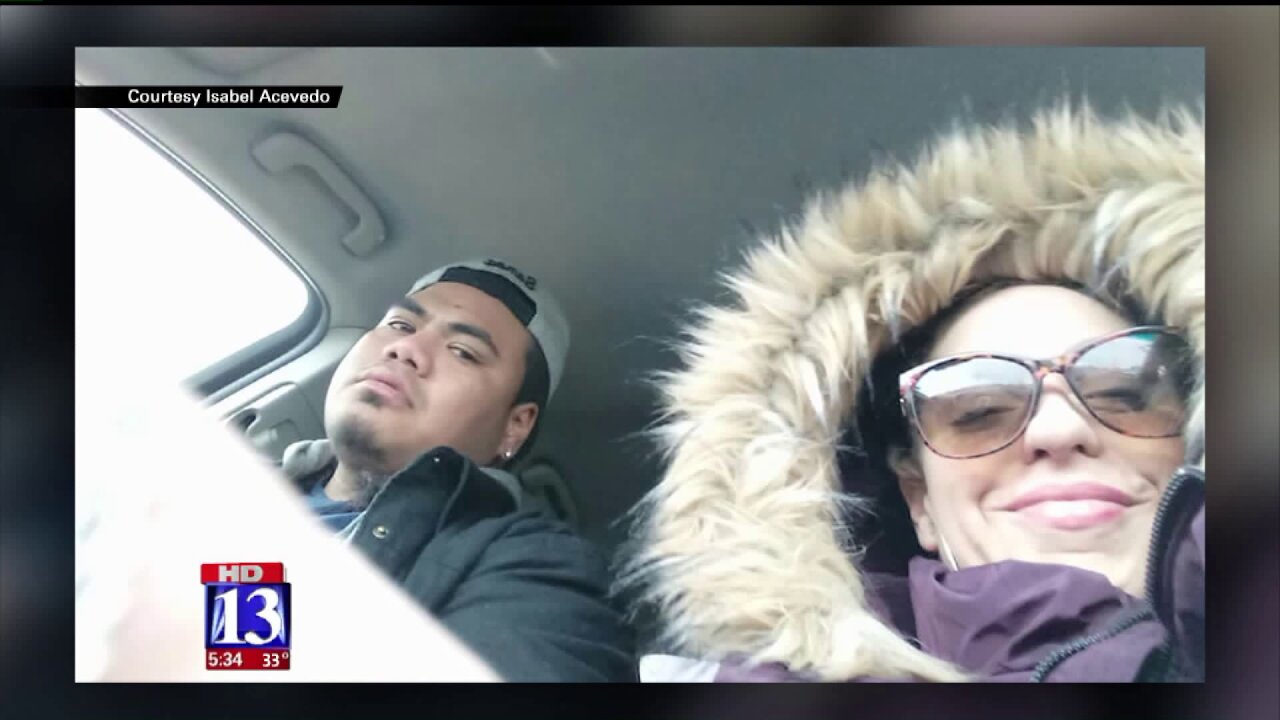 SANDY, Utah -- Isabel Acevedo recently started a job as a receptionist for a Sandy kitchen and bath company. Her family is having a hard time, and she wanted to make some extra money for the holidays.

When she left her desk to use the restroom, a woman came in, walked right up to Acevedo's desk, grabbed her purse and walked out.

"She looked like she was ready to take my stuff regardless if I was there or not," Acevedo said of the video.

She recalls a red car pulling up out front, but she assumed it was a customer and alerted a co-worker as she went to the restroom. That same co-worker then caught the theft on surveillance camera.

Acevedo said a lot of important things were in her purse, including money, her social security card, her ID, car keys and her new phone. Right away, she panicked, wondering how she would pick up her children from day care without her keys.

"Put yourself to work if you want things in life," she said. "You can't just be taking other people's stuff."

With her family already feeling the financial pinch, she is having a hard time replacing her belongings—especially identification cards. For that reason, Acevedo lost her job.

Her mother and sister have been helping her for the last week, but Acevedo said she just wants her things back.

She was not sure it was going to happen until she checked her Google Drive account the other day. Her phone automatically backs up pictures to the account, and she found pictures of the woman she believes stole her purse.

"I'm still mad about it," she said. "She's taking selfies with the phone that she took. You gotta be a special kind of stupid to do something like that."

As she looked through the various "selfies" of this woman, some of which include a man, Acevedo also noticed this woman is wearing the makeup Acevedo keeps in her purse.

"Like her morning face with no makeup, and then she thought she was ready in the other pictures so she decided to take selfies," Acevedo said of the pictures. "I was just like, 'Oh my goodness.' Like, I was really irritated."

Now, she can laugh about the situation because it is quite ridiculous, but she is not going to let this woman just walk off with her things.

"I accepted the fact she took my things," she said. "I'm just not gonna accept the fact that she's gonna try and get away with it."

Acevedo filed a police report and will submit these new photos to Sandy detectives.