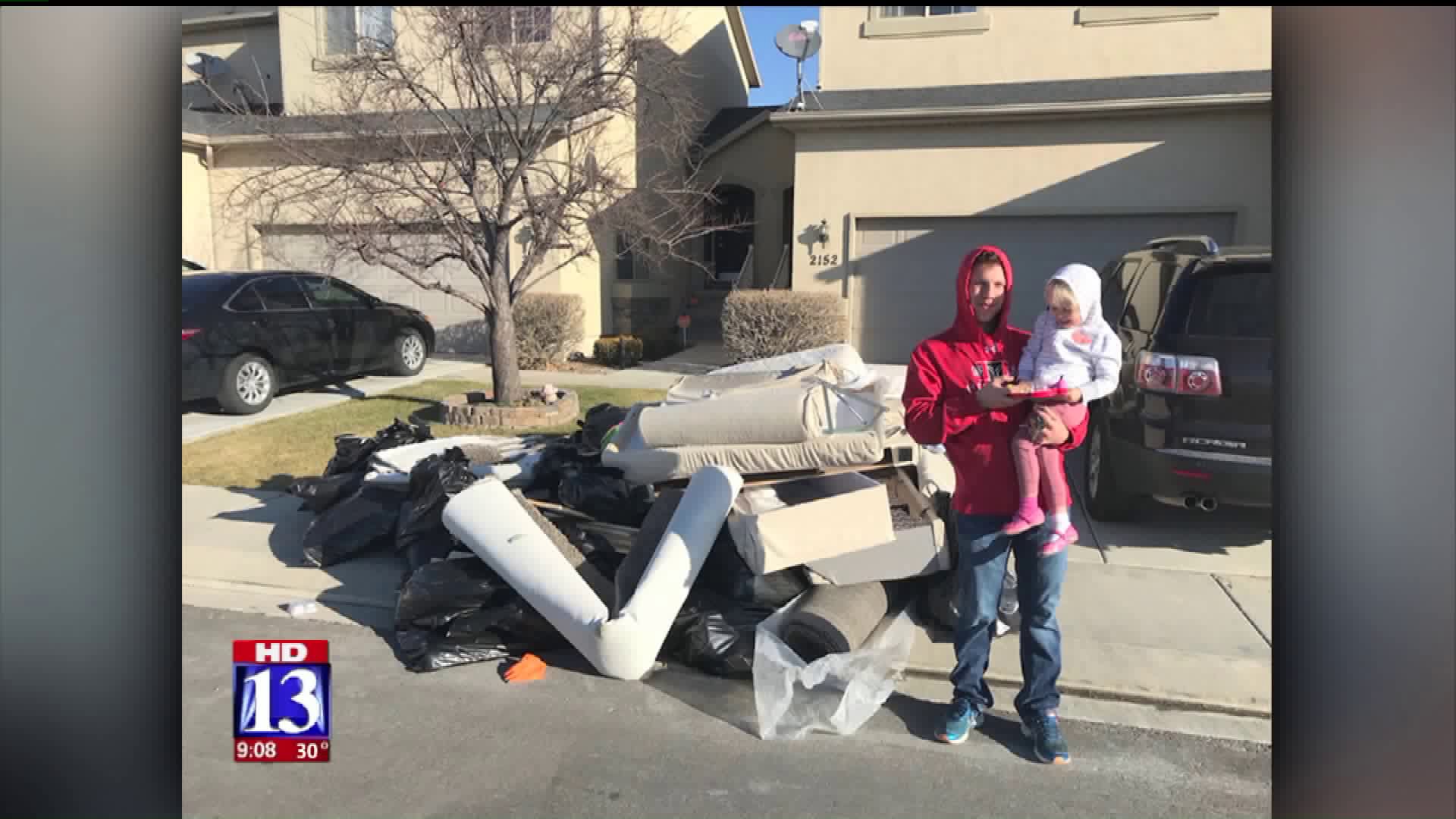 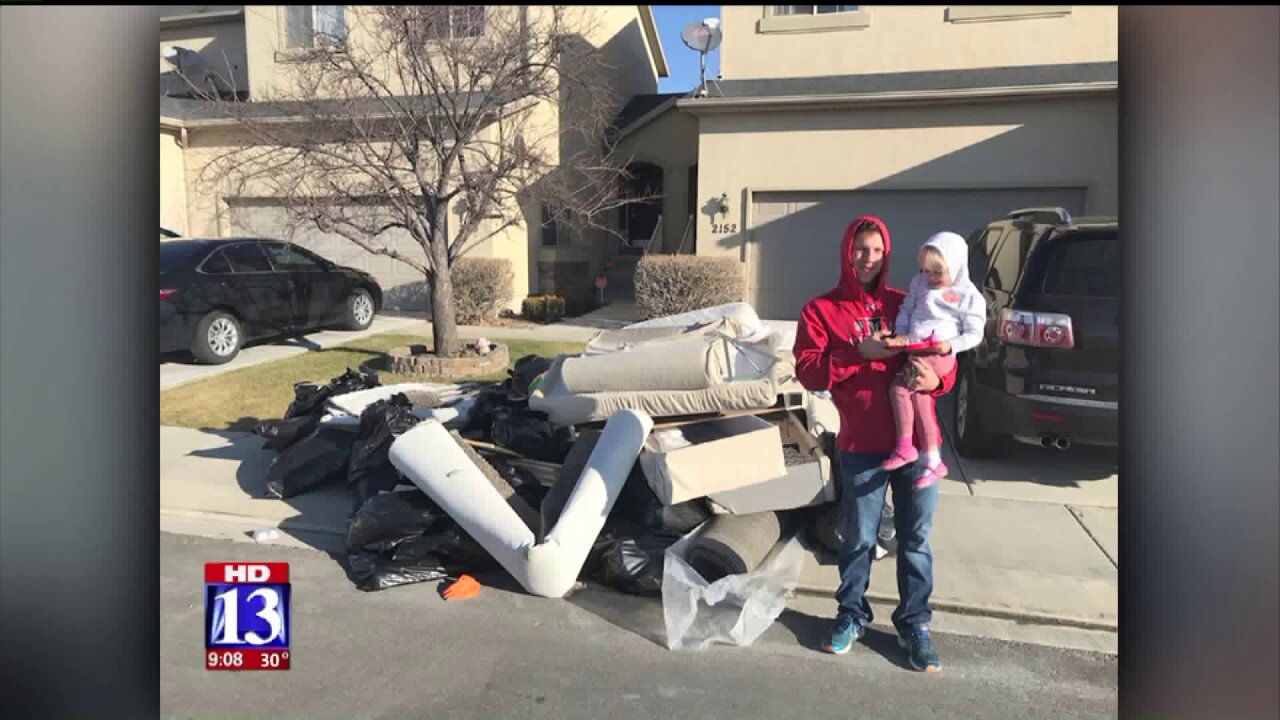 LEHI, Utah - A smelly and disgusting surprise bubbled up from the drains in the basements of eight town homes in Lehi last Thursday.

“Wait a minute, that’s sewage.  This is sewage,” said Laureen Madsen, the owner of one of the townhomes.

“It was yellow and there was, there was particles floating around in it,” said Katie Koivisto, another townhome owner.  “It smelled moldy, like a really bad bathroom.  Like if someone went to the bathroom and hadn’t flushed for like a week, it was disgusting, it was horrible.”

The homeowners found help as neighbors showed up by the dozens with work boots and strong noses.

“Everytime after we would take turns checking on other families we’d turn around there was another neighbor holding a shop vac,” said Madsen.

The City of Lehi sent crews and paid for the initial cleanup.  Once they were able to get their equipment into the sewer line leading to the townhomes, they found a clog made up of grease, towels and other items that should not be in the sewer.

“It’s the homeowners’ responsibility to make sure the materials going in to the system are appropriate,” said Cameron Boyle, Assistant to the City Administrator.

Koivisto is the homeowners association president.  She says they have a meeting with the city on Thursday.

“I’m just really grateful because the city has been so great in working with us,” said Koivisto.

Regardless of who ends up on the hook to pay for damages, some losses are permanent.

“The hardest thing is just knowing that some of those things are irreplaceable, like my kids artwork and stuff, it’s irreplaceable,” said Koivisto.

Damages are estimated between a few hundred dollars to twelve thousand dollars.  But rather than focus on how the repairs will be paid for, Koivistor and her neighbors are focusing on the help they have received.

“I was actually really surprised because this isn’t just clean water, this is sewage that people are willing to help come and carry out,” said Koivisto.