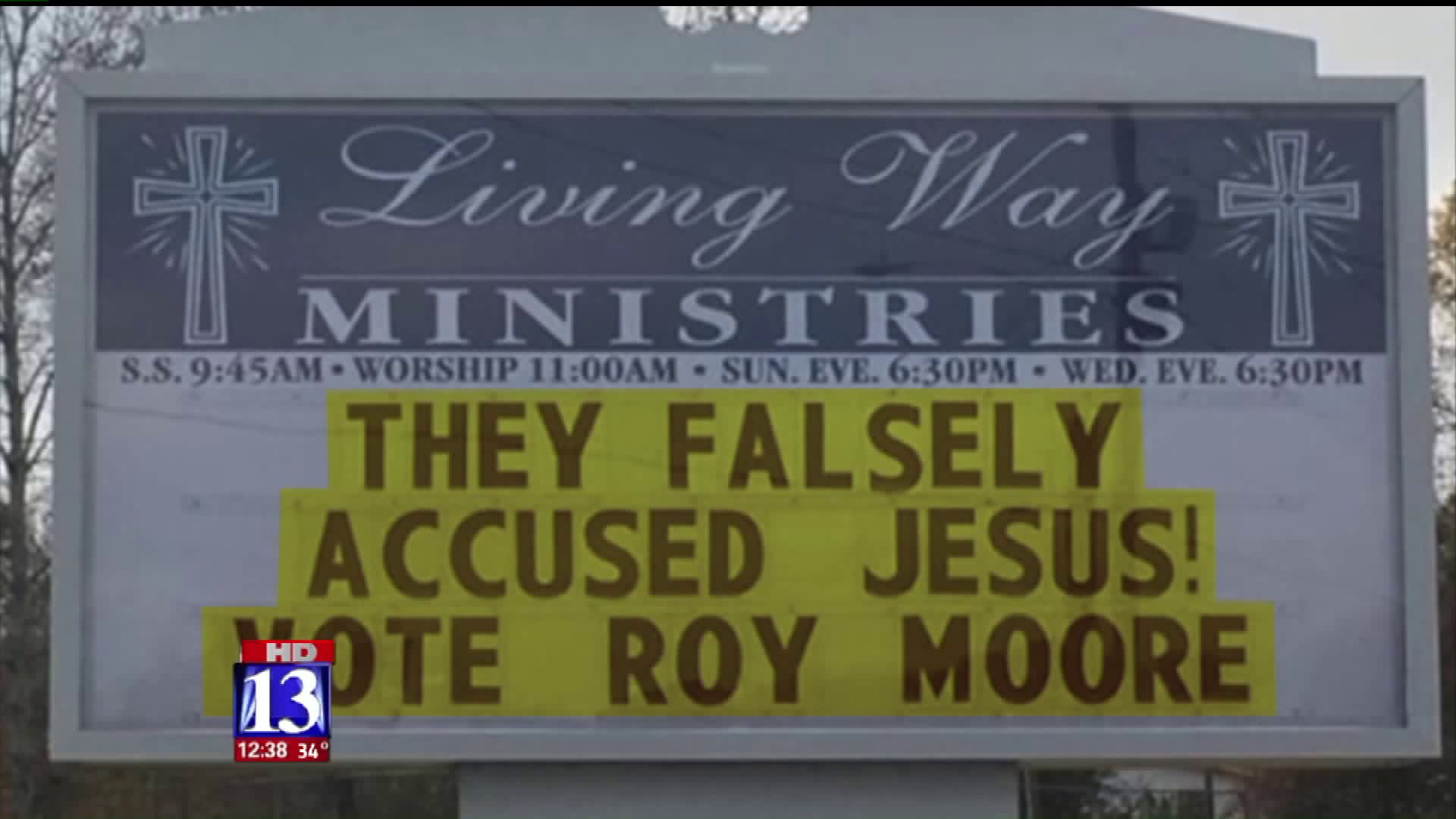 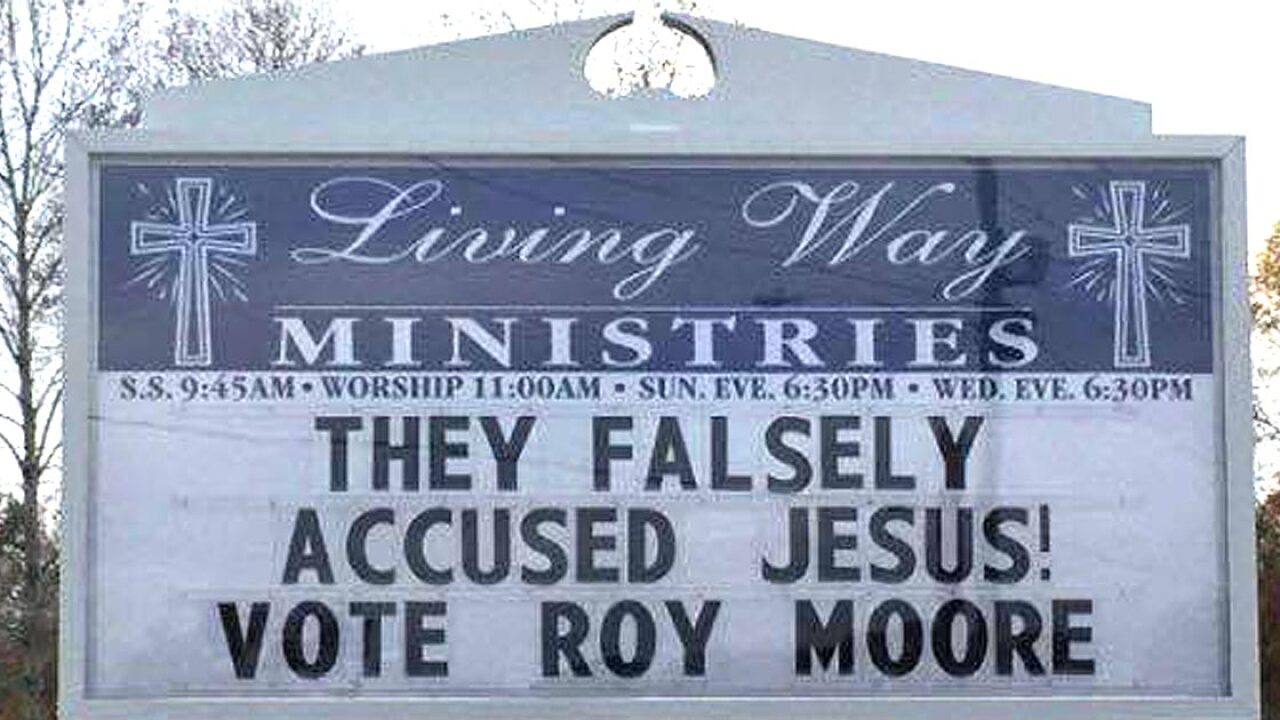 OPELIKA, Ala. - The Living Way Ministries Church in Opelika, Alabama, is receiving harsh criticism after a picture surfaced online of the church's sign that read "They falsely accused Jesus. Vote Roy Moore."

The church's sign is getting harsh criticism... for reasons we bet you can guess.

A person who answered the phone at the church on Monday told WHNT there are several people with keys to the sign and one of the individuals, who was not the pastor, posted the political message. Two days later, she said the pastor requested for it to be removed.

Church officials say the phone has been ringing off the hook from protesters and even those with threatening messages. Many online are questioning the church's ability to still receive tax exemptions since they have now endorsed a candidate.

According to the IRS's website organizations that are exempt from income tax under section 501(a) of the internal revenue code as organizations described in section 501(c)(3) may not participate in, or intervene in (including the publishing or distributing of statements), any political campaign on behalf of (or in opposition to) any candidate for public office.

That includes using branded items to promote a candidate or inviting a candidate to speak at an event for the organization.

However, a 501(c)(3) can take positions on policy issues, with a few stipulations.  They can also host forums that include all candidates running for the particular position or host voter education events.