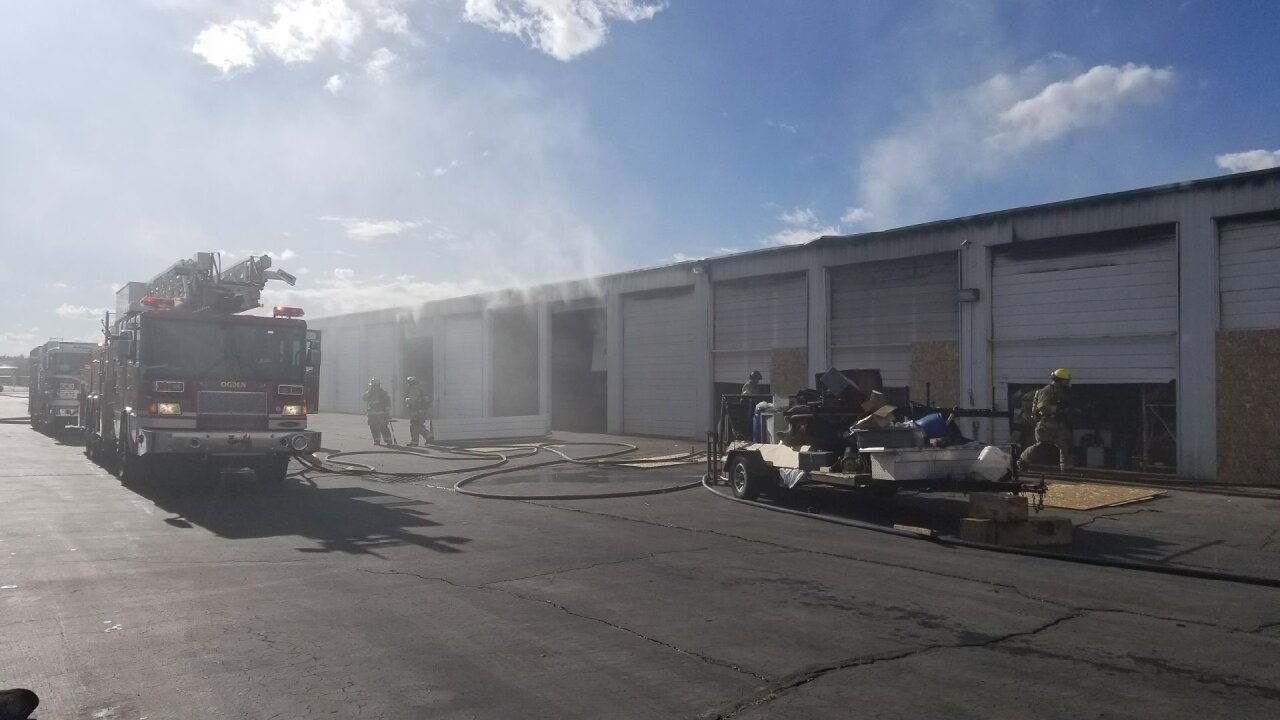 OGDEN, Utah — Fire crews responded to the same storage unit facility twice Sunday after a fire broke out and then likely rekindled.

According to the Ogden Fire Department, things began around 4:30 a.m. Sunday at a storage unit facility in the area of 2550 South and 1900 West.

Crews arrived to find one storage unit on fire, with the blaze quickly spreading to adjacent units. Firefighters put out the flames, and three units were damaged by fire while another 20 units sustained smoke damage.

Later Sunday, crews returned to the scene to put out another fire, “likely a rekindle from this morning’s fire,” according to the Ogden Fire Department.

Fire crews responded to open three units and extinguished the fire, and they remained on-scene to perform salvage and overhaul procedures. They were also opening all units to ventilate and look for fire extension.

There were no injuries reported and the cause of the fire is unknown at this time.