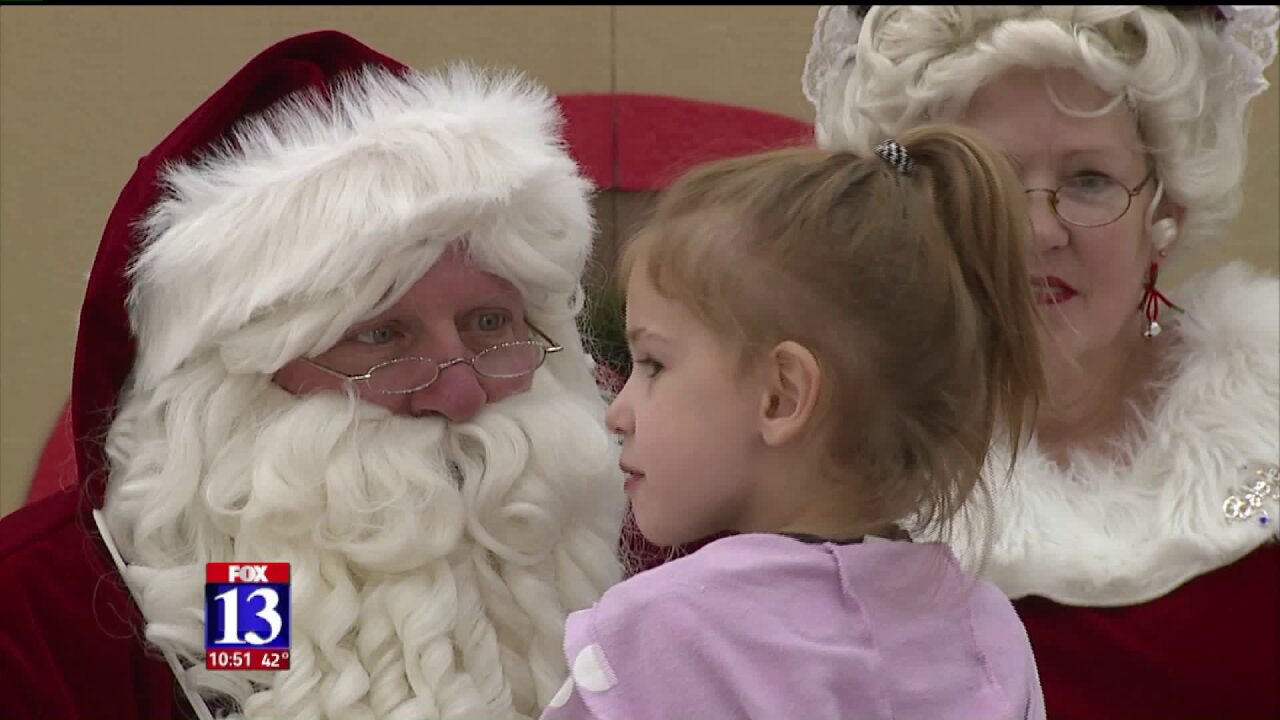 SALT LAKE CITY -- A flight that never left the ground somehow took a number of local children and their families to the North Pole.

This special journey began at the international terminal at Salt Lake City International Airport Saturday. About 50 kids and their families boarded the plane.

All of the children are served by Shriners Hospital or Primary Children’s Hospital.

A Delta Boeing 737 served as the Santa Express, taking kids who are battling a variety of medical issues to a hangar the airline transformed into Santa’s winter wonderland.

“We are in the North Pole, it’s amazing,” said Deserae Dorton of Shriner’s Hospital.

Nellie Mainor, 7, receives treatment at Primary Children’s. Saturday’s journey was her first experience in an airplane.

“When we gone fast, it was so cool,” Nellie said.

Of course, no trip the North Pole would be complete without a visit from Santa. He was there along with Mrs. Clause, with a bag full of toys for each of the children—the finishing touch on a day these kids won't soon forget.

“Today was the most awesome day of my whole entire life," Nellie said.

Thanks to some holiday magic, the Santa Express returned to the terminal about three hours after it took off.