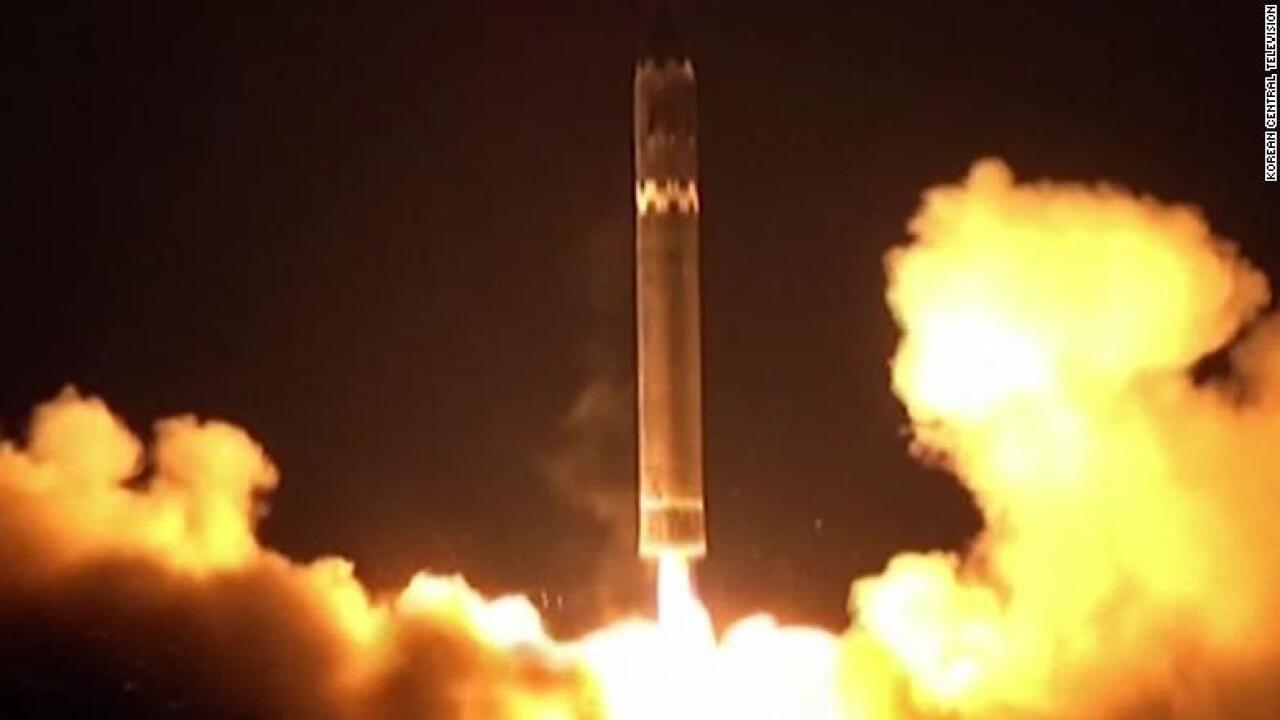 An intercontinental ballistic missile that North Korea said could reach the “whole” mainland of the United States likely broke up upon re-entry into Earth’s atmosphere, a US official said Saturday.

North Korea on Tuesday broke a two-month lull in weapons testing. It launched an advanced intercontinental ballistic missile, the Hwasong-15, that state-controlled media described as the “most powerful ICBM” carrying a “super-large heavy warhead” to unprecedented heights of almost 4,500 kilometers (2,800 miles).

Technical analysis of the missile flight is ongoing, but the US official said “the North Koreans had problems with re-entry. ”

Coupled with the rogue regime’s need to master missile guidance and targeting, the re-entry failure underscores the challenges facing the country’s weapons program, according to the official.

Still, the ability of the new missile to fly higher and longer than others in the past signals the program’s intent to develop weapons capable of attacking the US.

While some US military officials have referred to the missile launched Tuesday as a “KN 22” — a designation signaling the launch involves a new type of ICBM — other officials urge caution in categorizing the missile.

So far, US officials believe the latest test involved a single missile in the inventory, and that future launches will likely include missiles with modifications.

The initial analysis shows Tuesday’s launch likely involved a two-stage missile with a non-explosive dummy warhead, the official said. The first stage was significantly larger than that on other missiles. The larger size of the first and second stages allows the missile to fly a greater distance with a larger payload.

The missile was at least partially fueled by liquid fuel — which, along with some other indicators monitored by sensors and satellites, allowed the US receive an earlier warning of the launch, according to the official.

The country’s state media announced the test on Wednesday, hours after leader Kim Jong Un ordered the launch of the Hwasong-15 missile, which reached the highest altitude ever recorded by a North Korean missile.