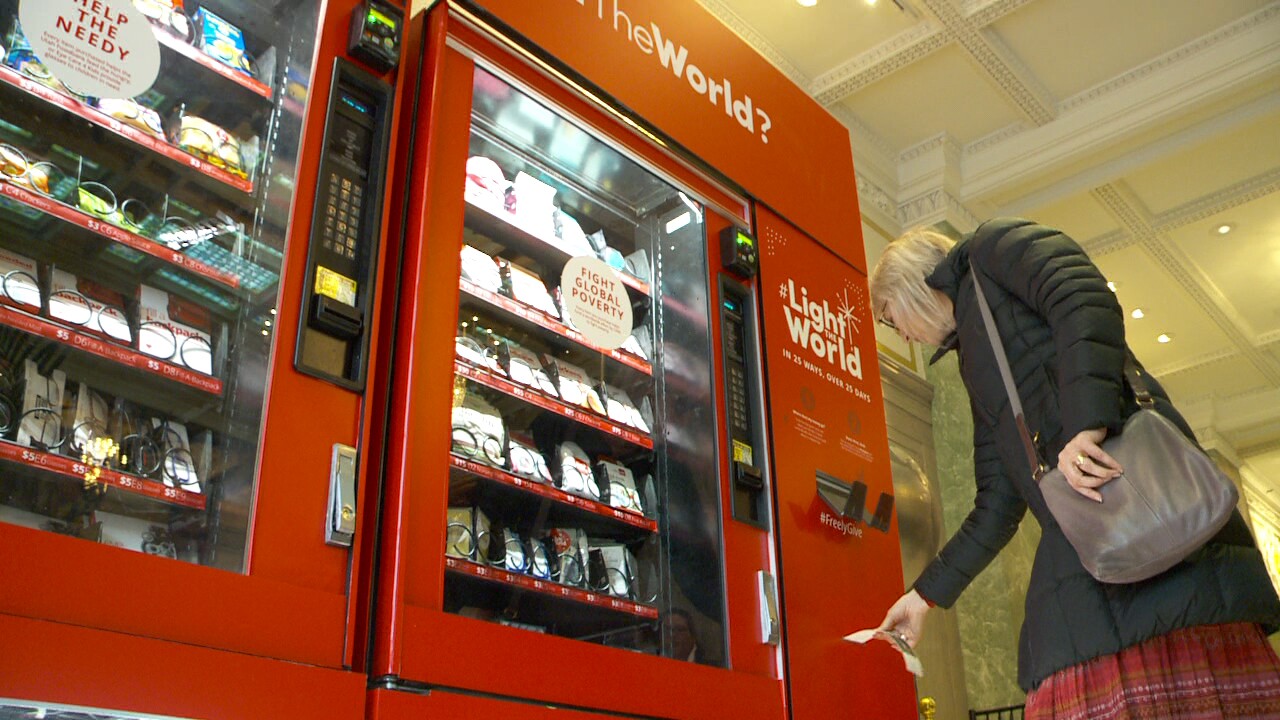 A woman makes a donation via a machine installed at the Joseph Smith Memorial Building in Salt Lake City.

SALT LAKE CITY — You can buy goats and chickens at vending machines in Salt Lake City, but you don’t get to take them home.

Four vending machines installed at the Joseph Smith Memorial Building allow people to exchange money for donations in the form of food, clothing, eyeglasses, medicine and, yes, even the aforementioned barnyard animals, which will go to families in developing countries. A video by the The Church of Jesus Christ of Latter-day Saints (below) shows people interacting with the same type of vending machine in New York City.

“We’ve become partners with a number of charities, and these charities have items in the machine that you can purchase, and they’ll go directly to someone in need – 100 percent of what you donate,” said Brent H. Nielson, a leader in the LDS church.

The vending machines are part of the LDS church’s “Light the World” campaign, a 25-day initiative beginning December 1, which encourages the public to participate in service opportunities during the Christmas season.

The LDS church has scheduled more than 90 events “ranging from large collections to individual acts of service” to feed the hungry in the United States and Canada, according to a statement on their website.