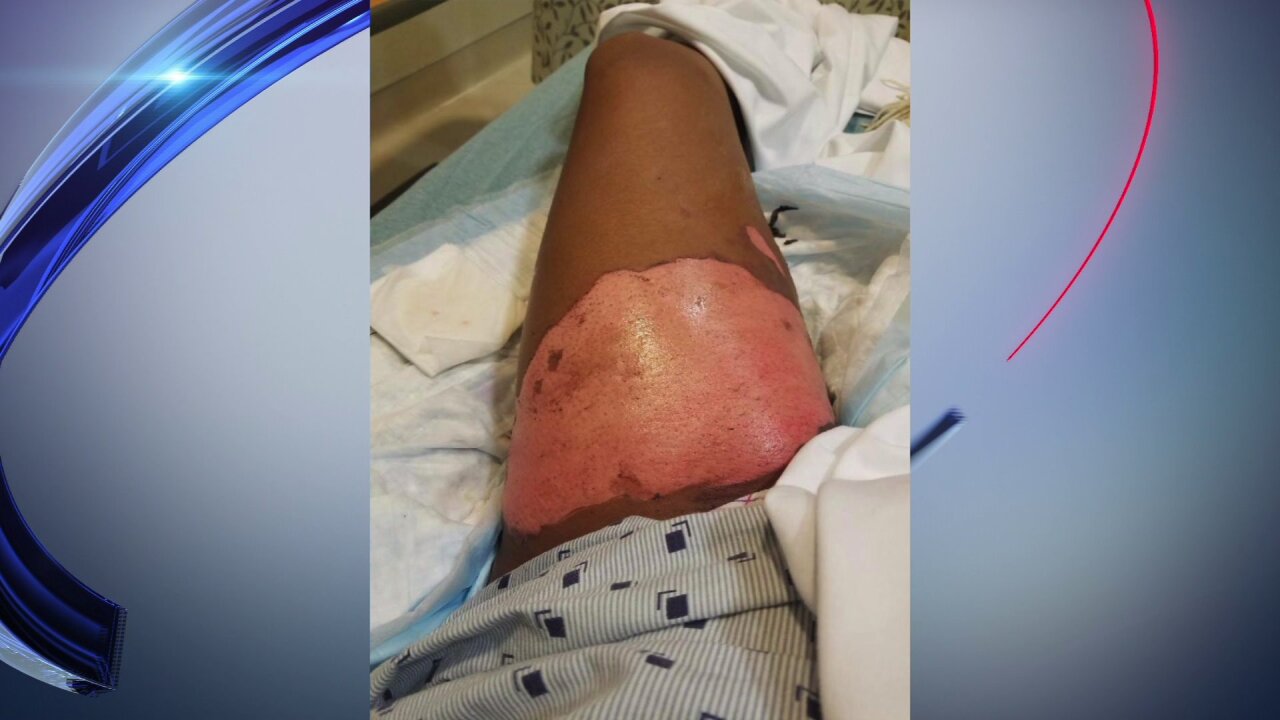 Janine Linton says she suffered second-degree burns when a flight attendant spilled a cup of hot tea on her lap, and her attorney says Frontier Airlines is being unresponsive.

Janine Linton was on Frontier Airlines flight 423 from LaGuardia to Atlanta at the time of the alleged incident, according to WPIX.

“The flight attendant may have lost her balance or got distracted and the tea spilled on Janine," attorney Janai Jackson said.

Linton says once the hot water was spilled on her, she went to the bathroom and noticed something terribly wrong.

A doctor on the flight helped until the plane landed. Linton says she was taken by ambulance from the airport to the Marcus Trauma Center at Grady Hospital in Atlanta. She was diagnosed with second-degree burns and is still undergoing treatment.

Jackson says Frontier Airlines has not followed up with Linton.

"She was severely burned on this plane and Frontier Airlines hasn’t done anything about," the lawyer said.

WPIX reached out to Frontier Airlines for comment but they did not respond.