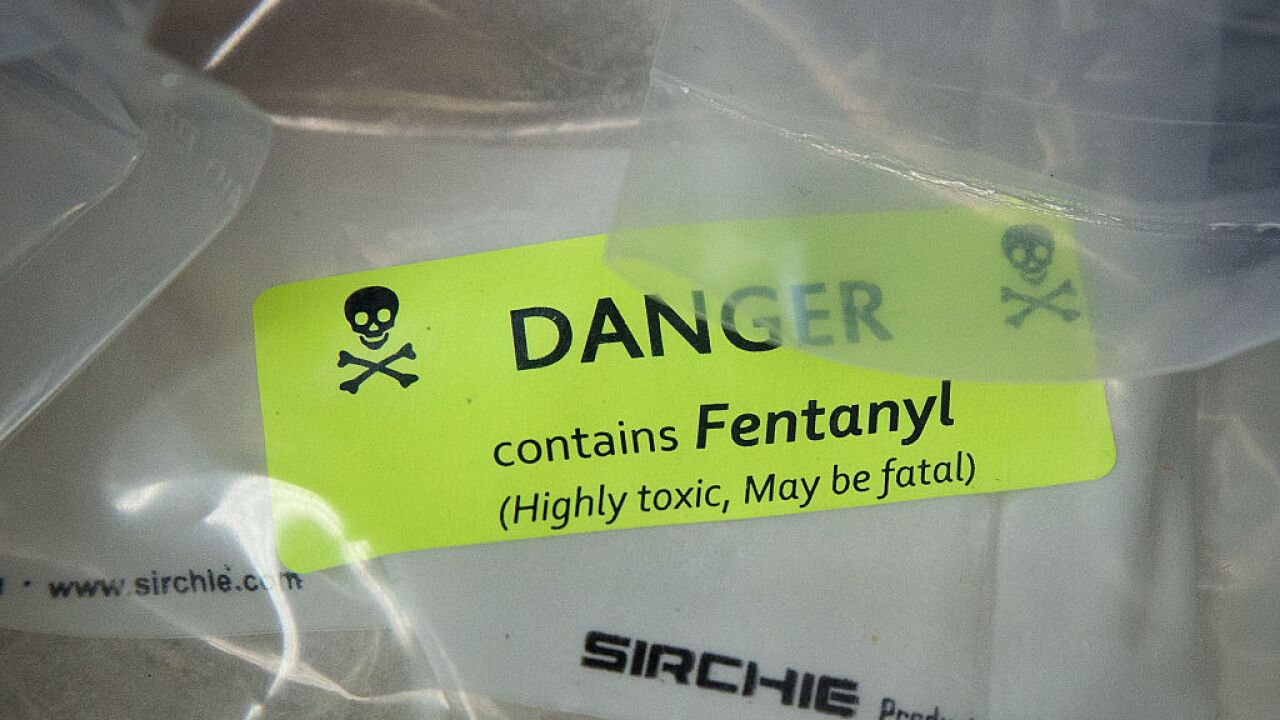 NEW YORK, NEW YORK – SEPTEMBER 23: Bags of heroin, some laced with fentanyl, are displayed before a press conference regarding a major drug bust, at the office of the New York Attorney General, September 23, 2016 in New York City. New York State Attorney General Eric Scheiderman’s office announced Friday that authorities in New York state have made a record drug bust, seizing 33 kilograms of heroin and 2 kilograms of fentanyl. According to the attorney general’s office, it […]

SALT LAKE CITY – According to a Utah Health Status Update made by the Utah Department of Health, fentanyl-related deaths were on the rise, increasing substantially in 2016.

The report stated: “The majority of fentanyl-related deaths in Utah involve pharmaceutically sourced fentanyl; however, beginning in 2016, there has been an increase in deaths from illicit fentanyl.”

Lab-produced synthetic opioids are readily available online, and may be pressed into pill form. Illegal labs in China often produce fentanyl for import to the United States, where it is used as a cutting agent for opioids and other drugs. Oftentimes drug users do not know they are ingesting fentanyl, which is much more powerful than heroin and other opiates.

The report also stated that the use of Naloxone, a opiate-reversing agent, has increased steadily since 2010. The majority of Naloxone administrations occurred in urban areas of Utah.