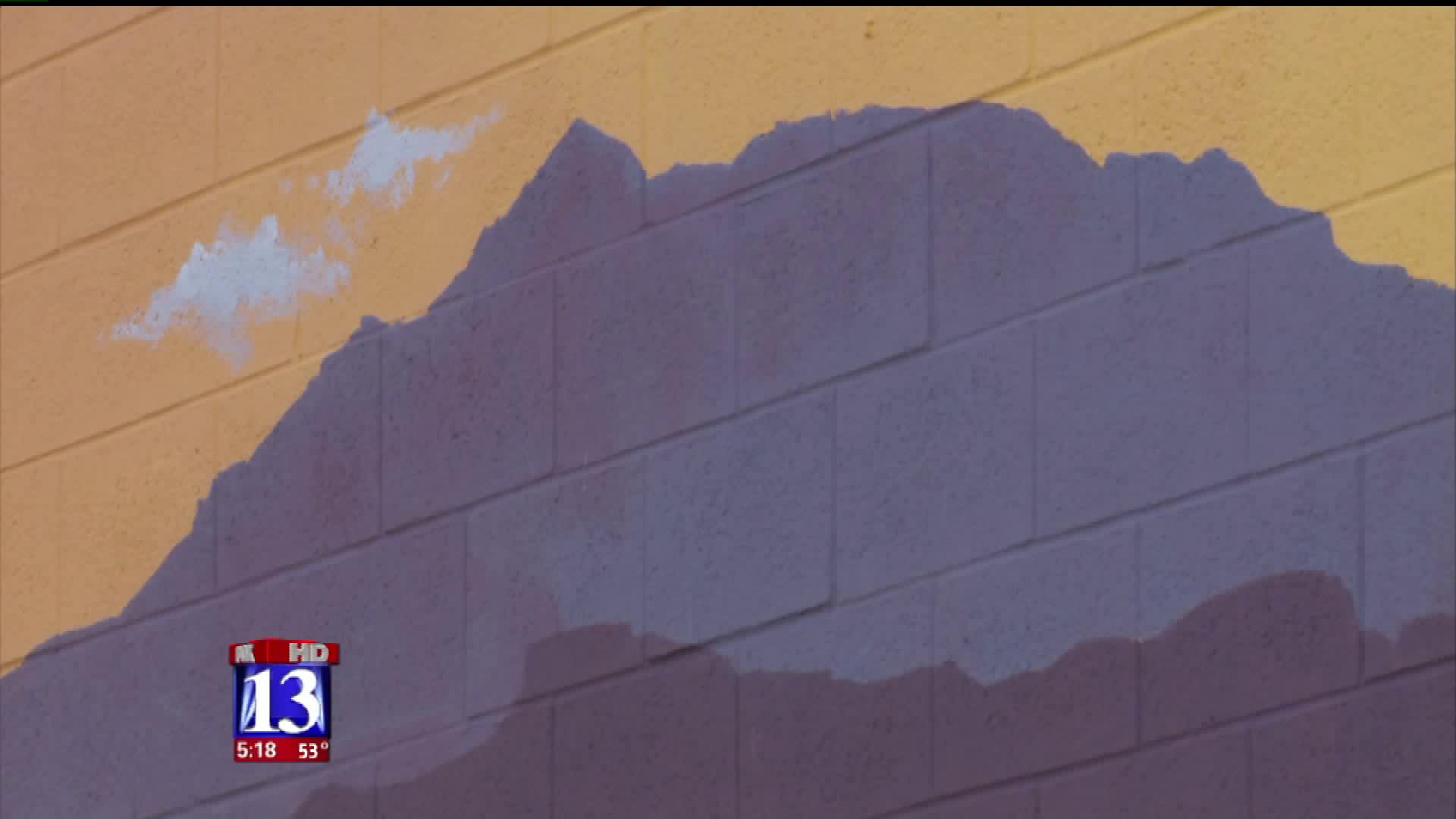 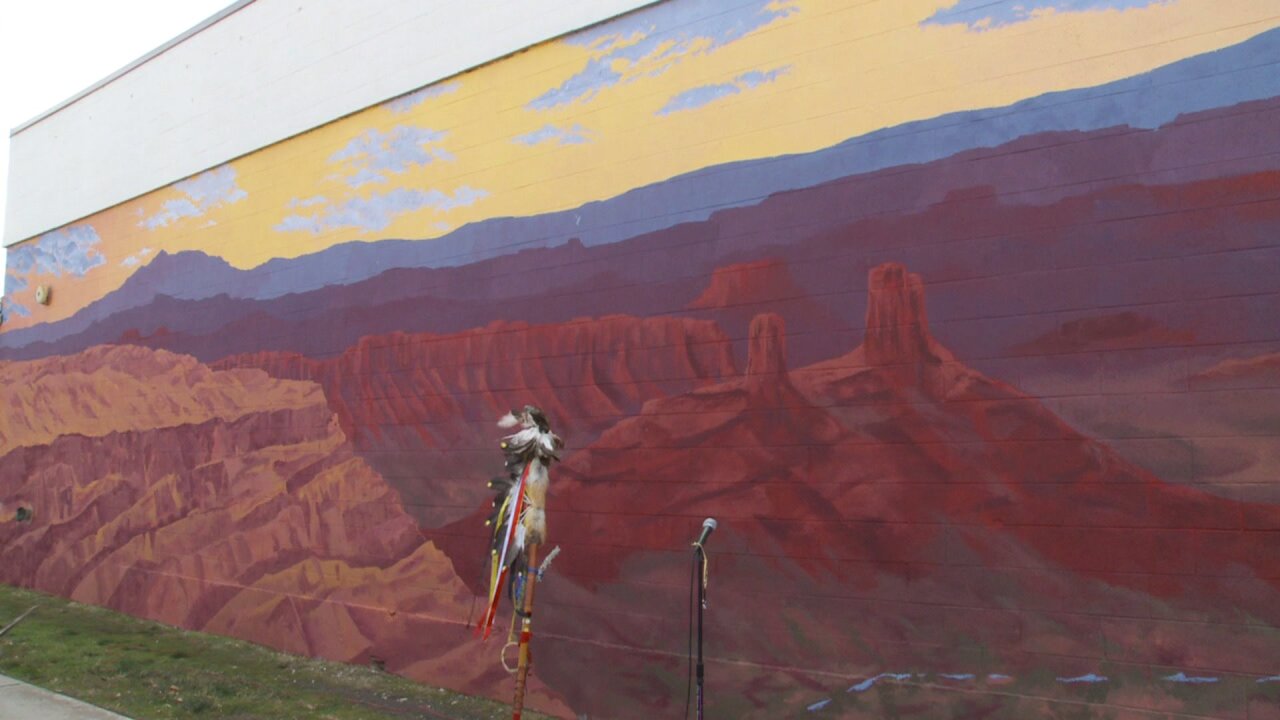 Utah artist, Josh Scheuerman, has been working on the 100 foot by 20 foot mural for more than a month.

"This is a reminder, a giant billboard, to say the outdoors, the wilderness is here and it's always been here," Scheuerman said. "You've just got to go find it and help protect it."

Native Americans here in Utah hope the mural gives inspiration to all.

"I hope it inspires a sense of responsibility to Native Americans and a sense that this landscape is for all of us and needs to remain beautiful like that," said Carl Moore, Chairperson of Pandos SLC Air Protectors.