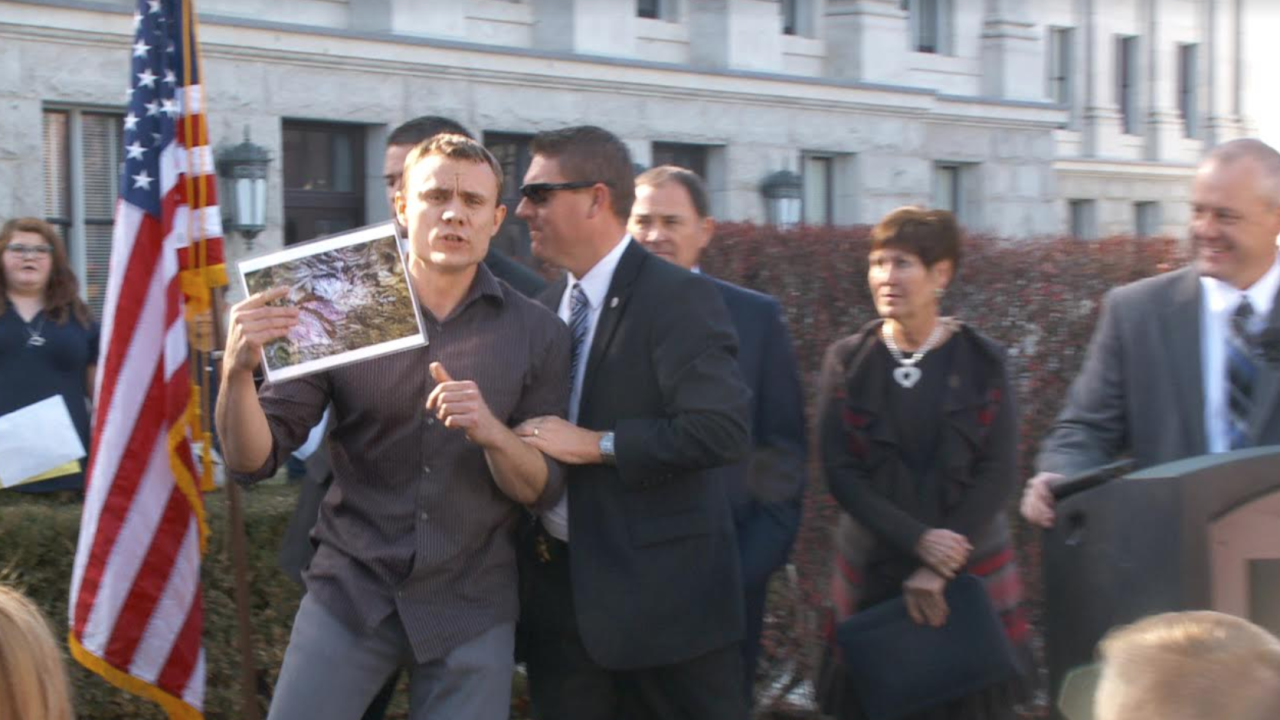 The event, traditional for the governor, took place in front of farmers and school children who gathered on the Capitol Plaza with Utah Agriculture Commissioner LuAnn Adams. The activists disrupted Norbest CEO Matthew Cook's prepared remarks.

"I grew up on a turkey ranch down in Moroni," said Cook, describing life growing up around turkeys. "Those are great things for me and great memories in my life. In fact, I have spent nearly my entire life in one aspect or another in the turkey business."

That's when an activist interrupted him.

"CEO Cook! We want to talk to you right now!" the man said, waving a picture of a turkey. "We published an expose showing the truth!"

The governor's security detail quickly escorted the activist away.

"Norbest wants to tell you a lie," the man said. "We have children here. As a public good they need to know the truth."

The man was referring to the release of video and pictures by the group Direct Action Everywhere showing disturbing conditions inside one of Norbest's farms in Sanpete County. Speaking to FOX 13 following the release of the animal rights group's video, Cook said he objected to the conditions in the farm, which contracts with Norbest.

Cook said Norbest had already ceased the contract with that particular farm.

After the activists were escorted away, Cook declared he was "proud" of turkey producers in Utah.

In his remarks, Gov. Herbert appeared to shrug off what happened by telling the school kids: "I'm thankful you're here. An opportunity for you to learn something today about Utah history and civics today that I'm sure your teachers and parents are going to want to talk to you about when you get back to your classroom."

Agriculture makes up about 15-percent of the state's economy. It employs about 80,000 people, the governor said.