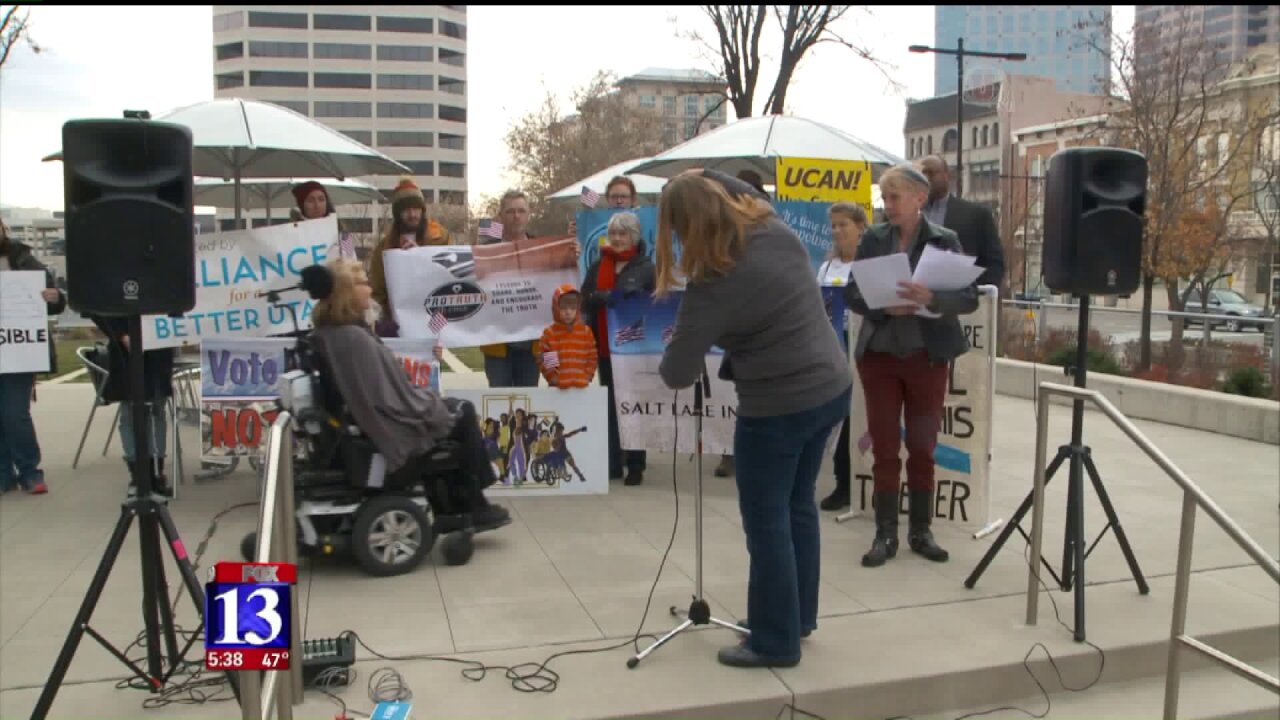 SALT LAKE CITY - Congressman John Curtis sat in front of a webcam taking questions about tax reform from constituents, while at the same time protesters gathered in front of Salt Lake City's Federal Building hearing from people who fear the proposed reforms will leave them with a tax bill they can't afford.

"When you think about it this bill is a major pushback on lobbiests and on special interests," said Curtis.

Curtis said the tax code has grown overly complicated, filled with loopholes, and doing a disservice to the average taxpayer who would benefit from a simple system that would allow most couples to be done with filing after taking a simple 24 thousand dollar exemption along with child tax credits.

"I think it benefits those most in need the very most," Curtis told the Facebook viewers.

Among those protesting in downtown Salt Lake City:

Representative Curtis said he hoped the House and Senate find a compromise that includes some policies he favors, like the graduate student tuition waiver exemption and the mortgage deduction.