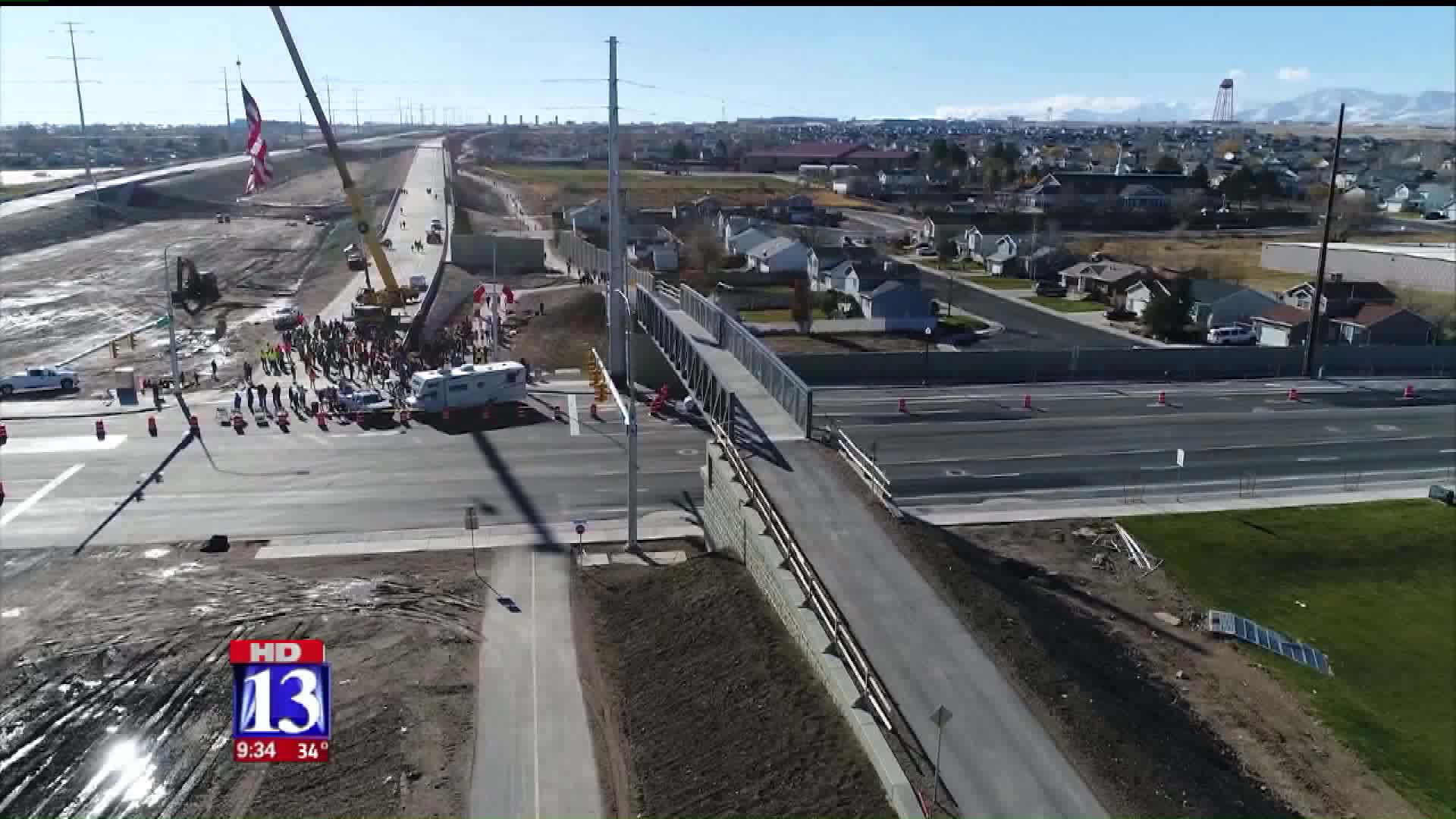 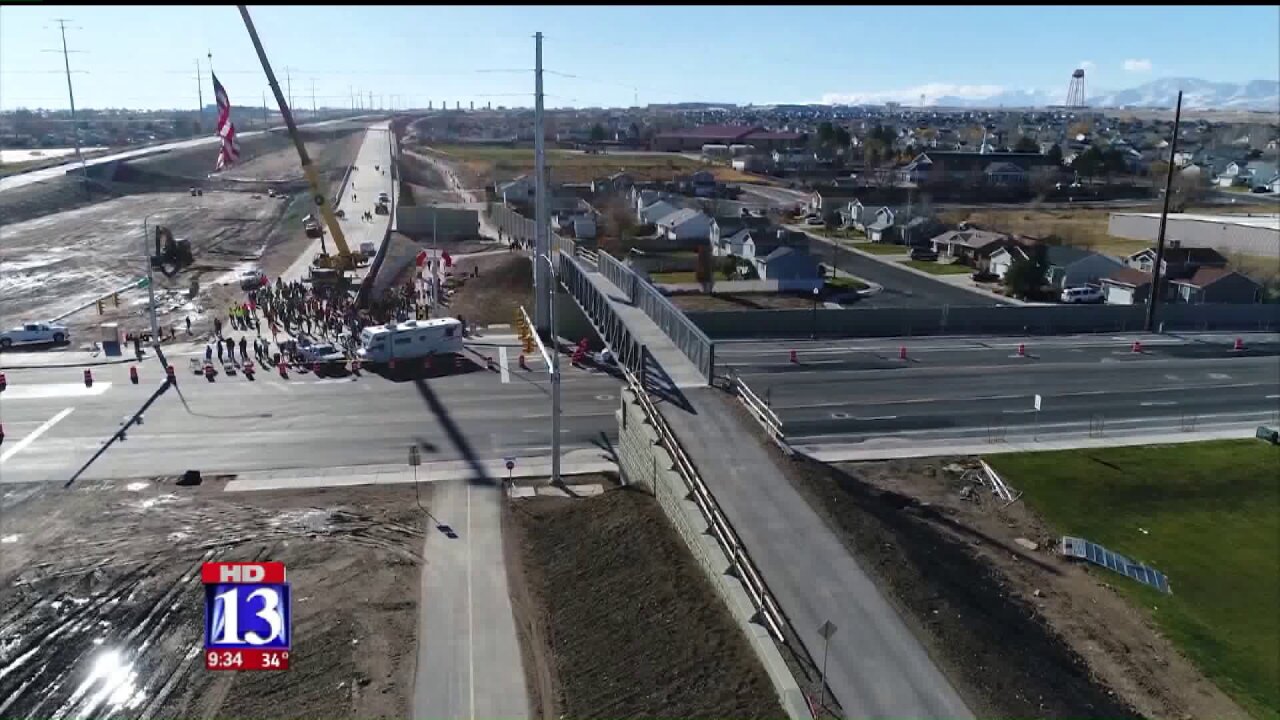 With the latest addition, the freeway is 17 miles long. When finished, the freeway will stretch 35 miles from I-80 in Salt Lake County to S.R. 73 in Utah County.

The taxpayer-funded project finished in about 22 months. This is just one of the segments in phase one. In the 2.2-mile stretch are a whopping 21 bridges, 14 of which are over cross streets and seven are for pedestrians.

"It may be a record," said project director Joe Kammerer.

Kammerer continued, calling the corridor an "important component to alleviate congestion in the valley."

At the event, they stated 51 percent of Salt Lake County's population lives on the west side of I-15.

"This is a major corridor for the state of Utah and really for this western part of Salt Lake County. It's going to make a difference in the lives of so many people, including our ability to improve safety," Braceras said.

The big project did face a few challenges, including moving or demolishing some buildings.

"We had a home just up here that we had to move that had over 300 snakes and alligators in it, and that was a fun one for UDOT to deal with, figure out what to do," said Representative Mike Winder, a Republican representing West Valley City.

Future construction means expansion; eventually the corridor will be built out by converting intersections into interchanges. Additional lanes will also be added.

The next section of construction is expected to begin early 2019. Crews will expand the corridor from 4100 South to S.R. 201 with ramps to California Avenue.