Suspect arrested after leading police on chase through Sandy 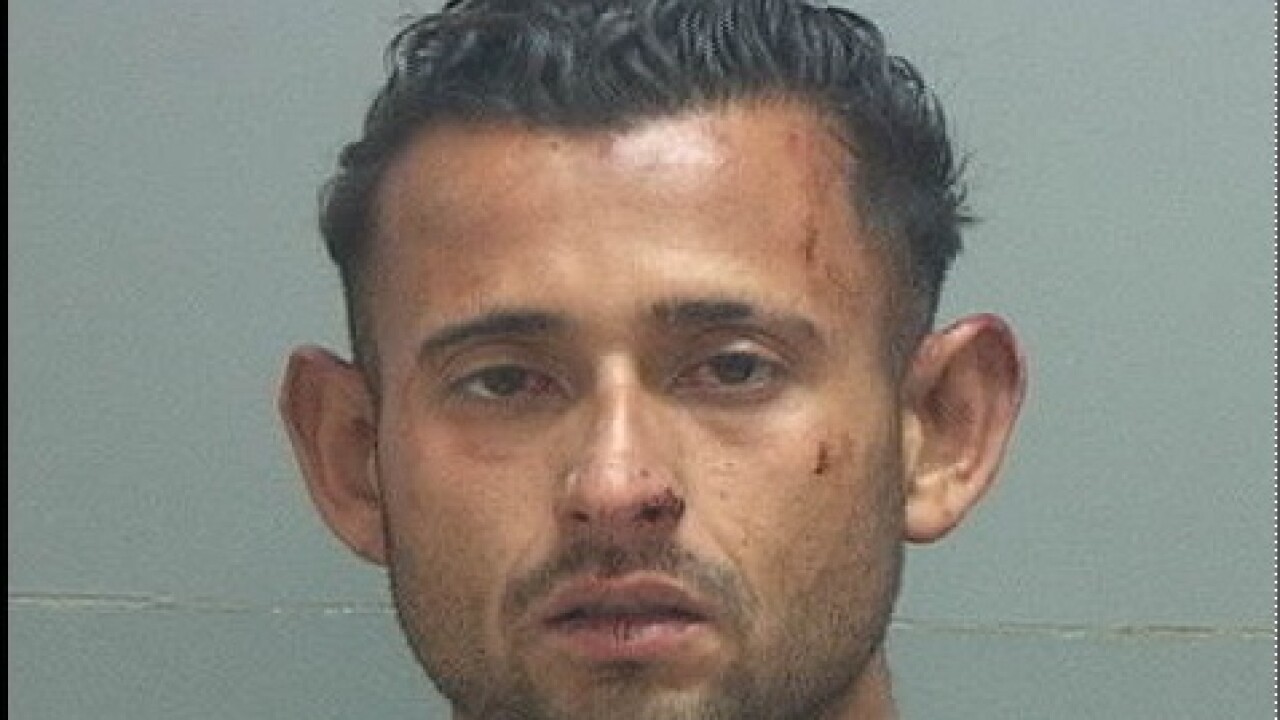 SANDY, Utah – Police have a man in custody who they say led them on a chase through Sandy overnight.

At about 4 a.m., Unified Police said they tried to stop a white BMW near 7500 S. State St. in Midvale because it didn’t have license plates.

The driver did not stop or pull over and instead sped off.

An officer spotted the same car near 350 W. Fort Union Blvd. and was putting out spike strips to stop the chase.

The suspect crossed several lanes into oncoming traffic and drove straight toward the officer who was able to get out of the way and avoid being hit.

After several attempts, officers were able to spike the suspect’s tires, ending the chase near 10600 S. and 150 E.

Officers said the driver, 28-year-old Juan Arias, fought the officers trying to take him into custody.

He was booked into the Salt Lake County Jail for a list of infractions including  aggravated assault, running from police, reckless driving, possession of drug paraphernalia, intoxication, providing a false identity, failure to comply and interfering with arresting officer.