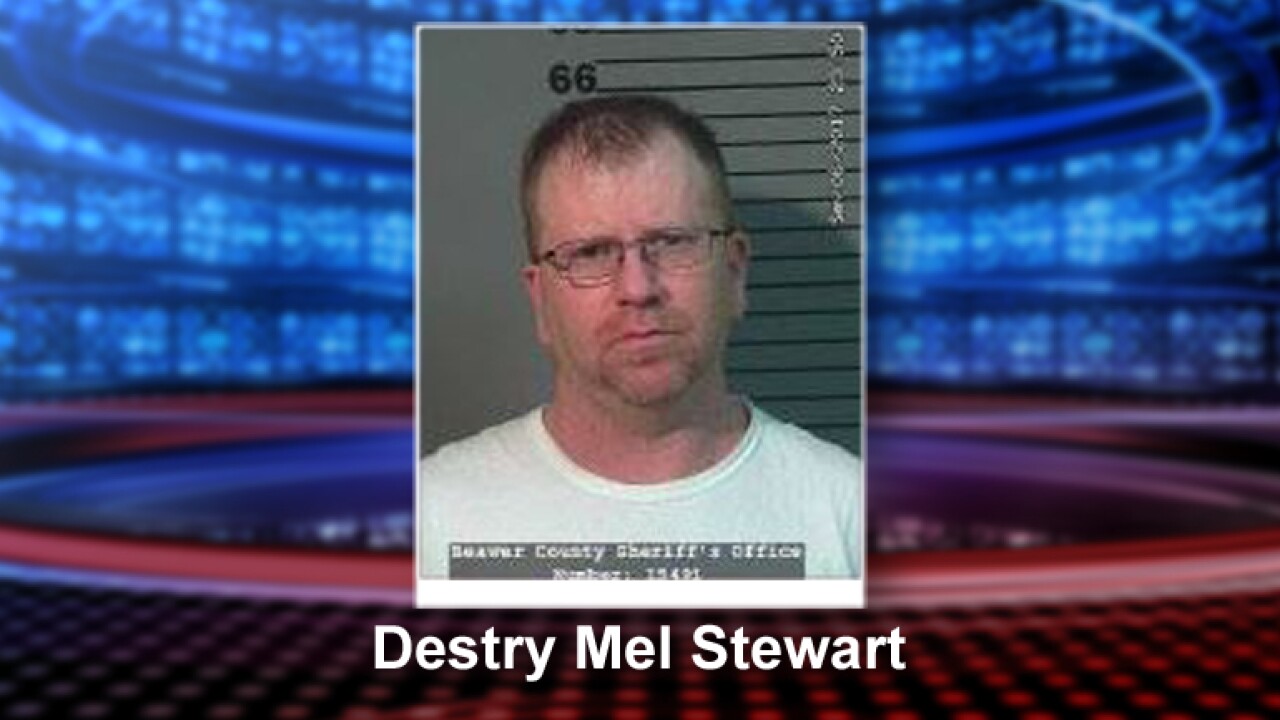 BEAVER COUNTY, Utah — A suspect wanted for rape and other charges turned himself into authorities Friday.

According to the Beaver County Sheriff’s Office, Sheriff Cameron Noel was asked to contact a relative of Destry Mel Stewart around 5:30 p.m. Thursday.

Upon making contact, the sheriff learned the relative was with Stewart and that Stewart wanted to turn himself into police. The man was taken into custody around 7:30 p.m.

A warrant was issued for the Stewart’s arrest earlier this week, and police had turned to social media to solicit the public’s help in finding the man.

According to a wanted poster, Stewart faces charges of unlawful sex with a 16 or 17-year-old, rape and forced sodomy.