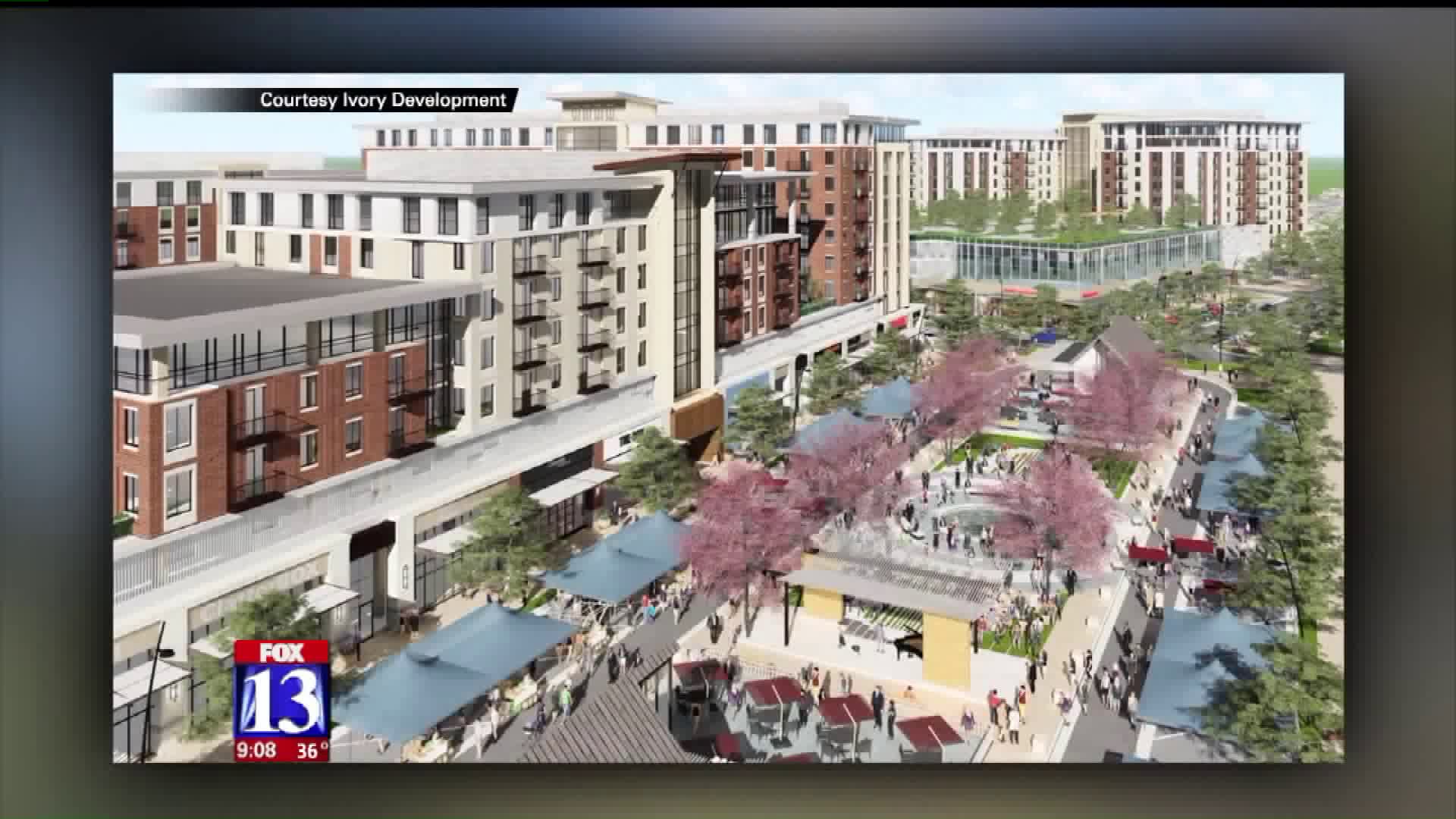 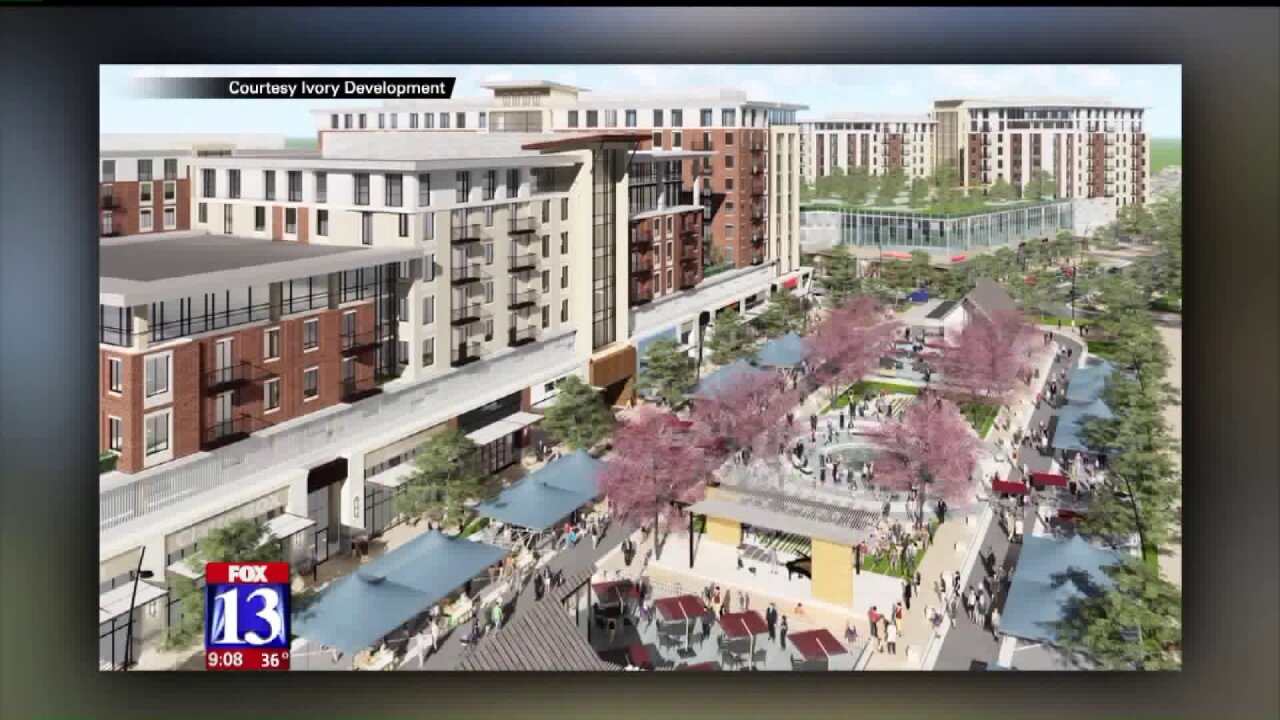 HOLLADY, Utah -- Ivory Development has released new plans that show what they'd like to do with the old Cottonwood Mall site in Holladay.

Many people who live in the area  say the current site is an eyesore for the city.

"It's been empty for so long," said Midvale resident Megan Sei.

Jeremy Christiansen, who lives just a few blocks away, drives by the site every day.

"I get tired of looking at just this horrible bare spot," he said.

The 56 acres used to be home to the Cottonwood Mall, which served as a shopping and dining hub for decades.

But, times change and the mall began to decline. It met the wrecking ball in 2008.

Macy's survived and sat almost entirely alone on the vacant lot until the retailer moved out earlier this year to make way for a possible sale and new plan by Ivory Homes. Now, Ivory Development has unveiled the proposal.

A map of the plan sets aside 40 acres for 107 single family homes and 75 townhomes.

The rest is allotted for mixed-use buildings that will house condos or apartments, office space, shops and restaurants.

Ivory said the buildings could range from four to ten stories tall, and parking garages would sit hidden in the middle of the building developments.

The plan also calls for a plaza that will allow for activities like an outdoor market, concerts, and events for kids in the summer, Ivory said, as well as an ice skating rink and Christmas market in the winter.

And for Cottonwood Creek? Ivory said they'd create a trail for people to walk on that would stretch from the neighborhoods to the mixed-use buildings.

"It's great to me because we're within walking distance," Christiansen said, of hearing of the plans.

He said he and his wife moved to the area a decade ago, when the current owners Howard Hughes Corporation made promises of a new development that would include retail and restaurants.

However, the promises and plans failed to get off the ground.

"The idea of what they were going to do at this location was extremely attractive to us," Christiansen said. "The fact that they haven't over the last 10 years has been kind of depressing."

He also said they conducted an extensive traffic study of the area, and found that the development would bring in 40% less traffic and have less of an impact than the plans put out by Howard Hughes Corporation years ago.

Traffic for the new site would measure up to half the traffic as what the area saw during the Cottonwood Mall years, he indicated.

The Holladay planning commission and city council will each hold public hearings and meetings on the matter.

According to a timeline provided by the city, the council could vote on the land sale and development plan in February.

If they approve, Ivory said they'd start demolition of the Macy's in the spring of 2018, with construction to kick off in the fall.

He said they'd start building the residential area first, with the mixed-use buildings to follow in 2019.