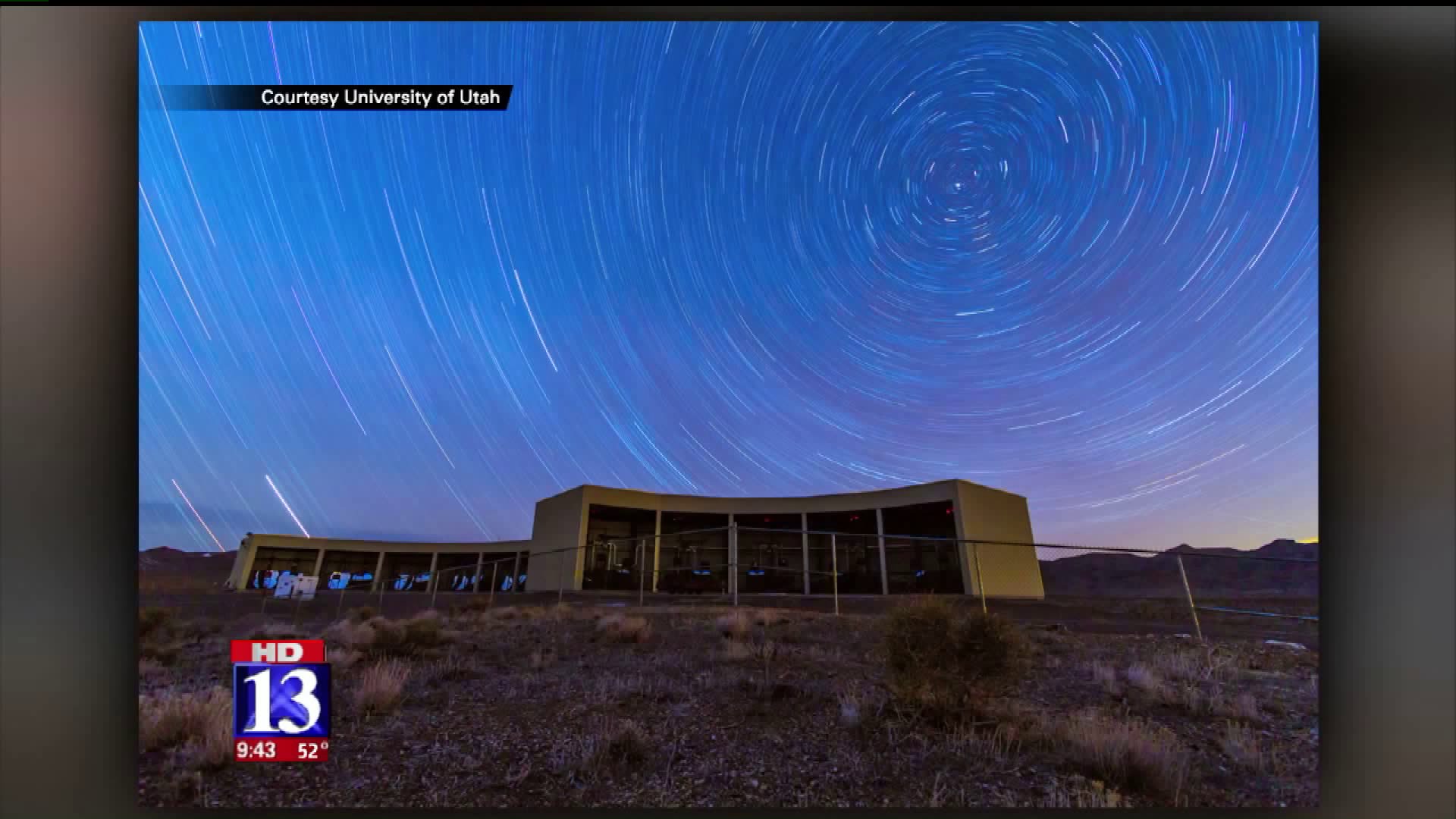 DELTA, Utah -- The Bureau of Land Management wants feedback from the public on a proposal that would quadruple the size of an international scientific study happening near Delta.

The Telescope Array Project may be located in the middle of nowhere, but it's at the center of studying a puzzling secret in space.

Using clusters of telescopes and surface detectors on the ground, researchers from the University of Utah and around the world have spent more than a decade analyzing cosmic rays, particularly a phenomenon called the "Oh-My-God Particle."

"There appears to be a bright spot in the sky where these high energy particles are coming from," explained research professor John Matthews, who manages the Cosmic Ray Physics Program at the University of Utah.

The Oh-My-God Particle continues to baffle scientists and researchers because Matthews said they don't know what's creating the phenomenal amount of energy and sending these high-volt particles down to Earth.

"Where are they coming from and why are they so violent? Why are they so energetic?" Matthews said, of the main questions they've been trying to answer.

Three main telescope stations and 507 pool table-sized surface detectors that sit scattered on land around the telescopes collect data 24/7, but Matthews indicated that it's been slow going.

He said they need to expand their project in order to collect more information.

"What we decided to do was quadruple the area," he said, of the proposed expansion.

The expansion calls for placing 500 additional surface detectors across 750,000 acres, according to Matthews and the BLM. He said helicopters would drop the detectors, "every 1.3 miles and sprinkle them across the desert."

He said they also want to add more telescopes to the existing telescope stations.

Many of the detectors would end up on BLM land, which is why the BLM is asking for public comment on the proposal.

Fillmore Field Office manager Mike Gates said the University of Utah is asking for right-of-way to place the detectors on the land.

Gates said they support scientific study, but they also need to factor in other uses for the land.

"We also have to balance that with other multiple use resources," he said. "That includes anything from grazing, wildlife, plants, up to recreation, minerals and mining."

They'll accept public comment until December 18th before deciding whether to accept the proposal.

The Millard County Commission said they're concerned the project's expansion will mean less public land is available for recreation and industrial development.

"Expanding it to four times its current size moves it into parts of the county where we have hopes of economic development," said Commissioner Dean Draper.

However, Draper said they've been working closely with the University of Utah to address those concerns and said he thinks they'll be able to work together.

The fact that this study has put Millard County on the international science map, Draper said, is pretty cool after all.

And for researchers like Matthews, the expansion could mean answers to one of the Universe's greatest mysteries.