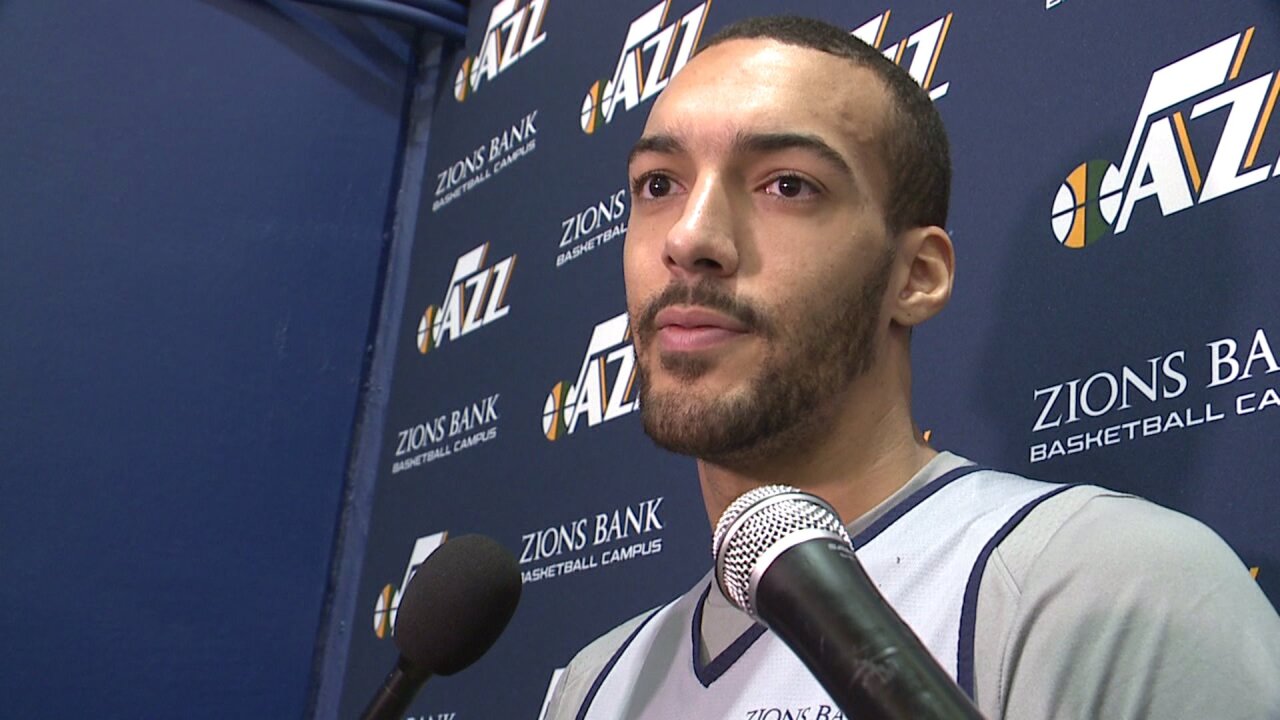 SALT LAKE CITY — The Utah Jazz said Sunday Rudy Gobert has a bone bruise and will be re-evaluated in four weeks.

The press release from the team states the center underwent an MRI Saturday, which “revealed a right tibia contusion and the 7-1 center will be reevaluated in four weeks.”

The press release states that further updates will be released when appropriate.

Gobert was hurt during Friday’s game vs Miami and did not play during Saturday’s game against Brooklyn. Gobert appeared to address the injury in a tweet late Friday night, replying to a post showing the replay with “Dove for the ball right….”

Dove for the ball right… https://t.co/0xnXZVy2eG

Gobert has been averaging 13.9 points, 10.5 rebounds and 2.5 blocks per game this season, which is his fifth in the NBA.