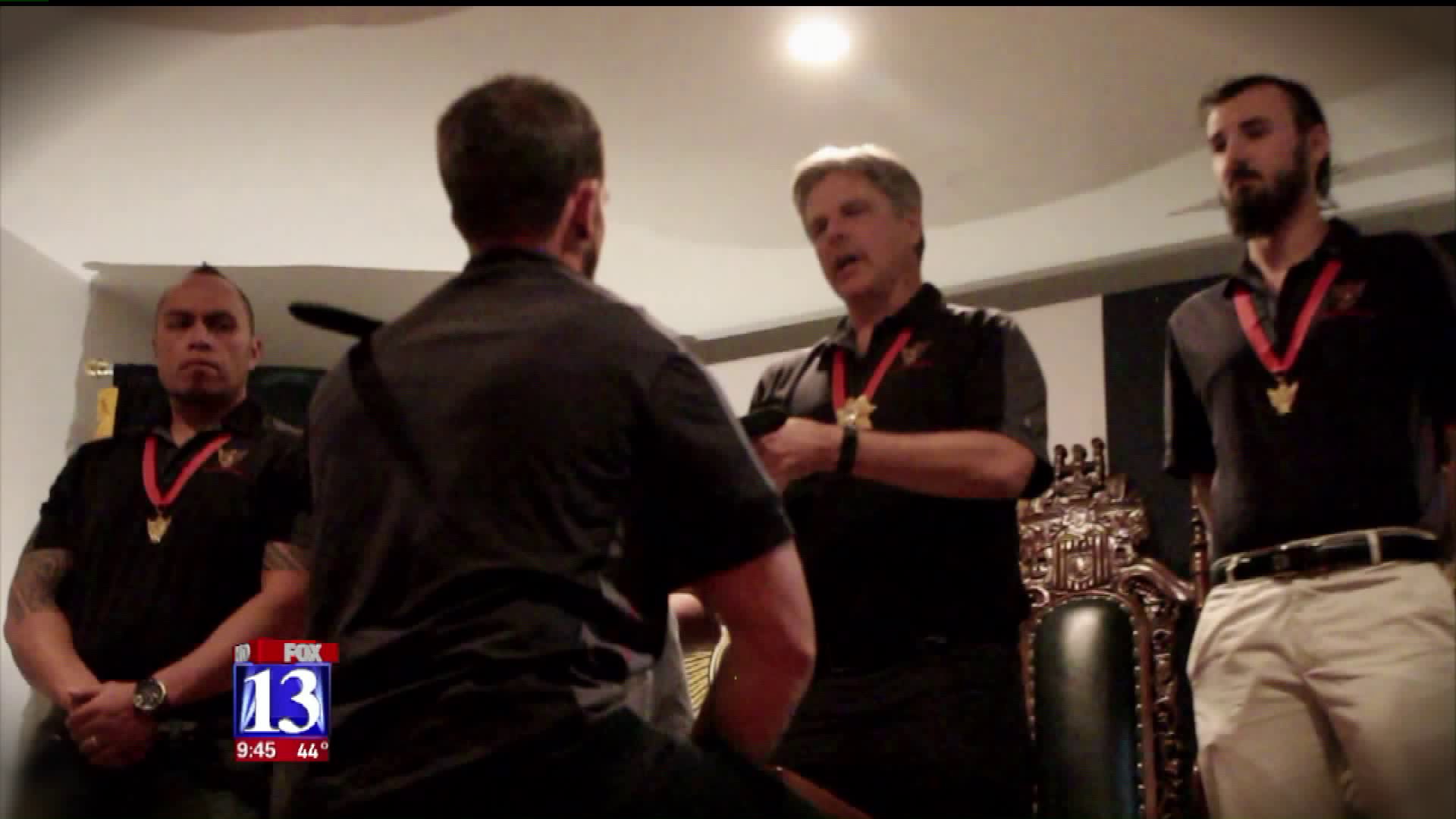 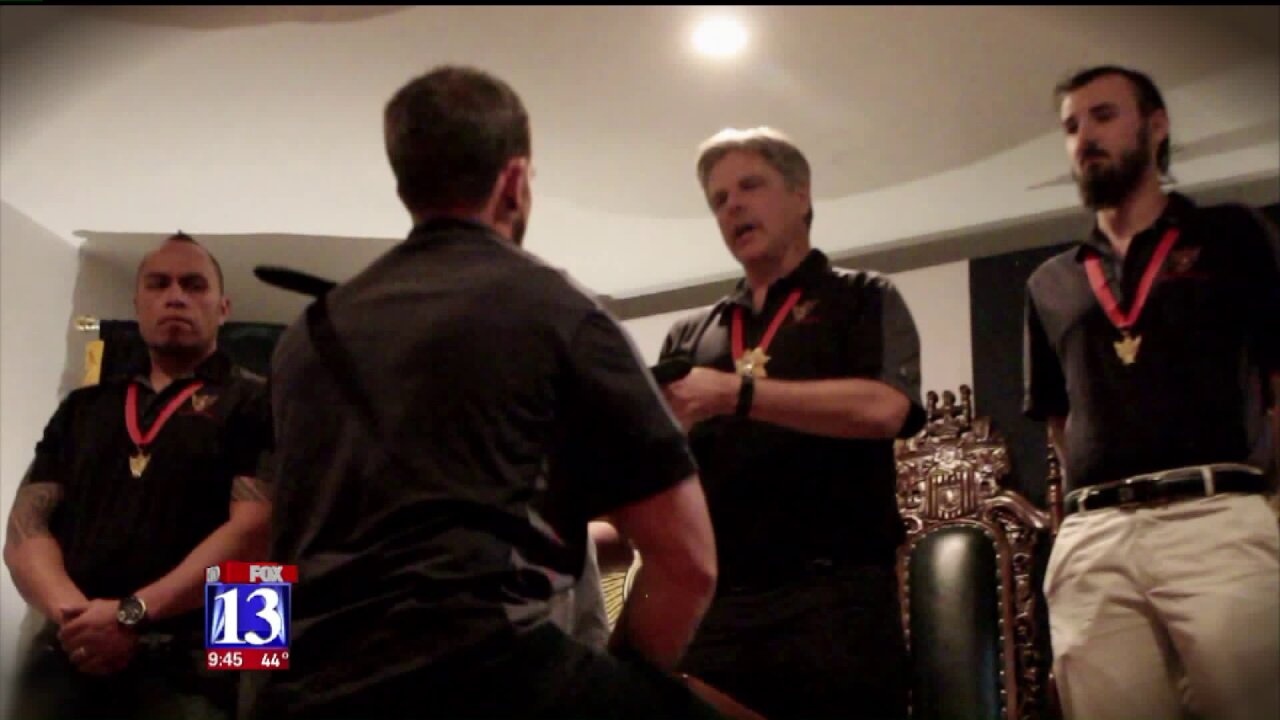 In the basement of a home in South Jordan, a few dozen men and their families sit in folding chairs facing forward toward a throne flanked by flags, one of the flags emblazoned with the image of a phoenix and two swords pointed downward. In front of the display, a familiar, boyish face with an unruly shock of hair.

He's Richard Paul Evans, bestselling author of The Christmas Box, The Michael Vey series of young adult thrillers, and founder of a charity serving thousands of foster children and other at-risk youth.

The group is called Tribe of Kyngs, and like the novels it's the product of Evans' imagination, combined with a newfound passion to solve what he sees as a crisis: the isolation of the modern American man.

Evans talked with Fox 13 in his first interview about the the mens group, which has been gathering members for less than a year.

In the story above, you'll see the ceremony where a Tribe member becomes a Kyng.

They expect it to go global. See what you think.

You can learn more about the group on their website.