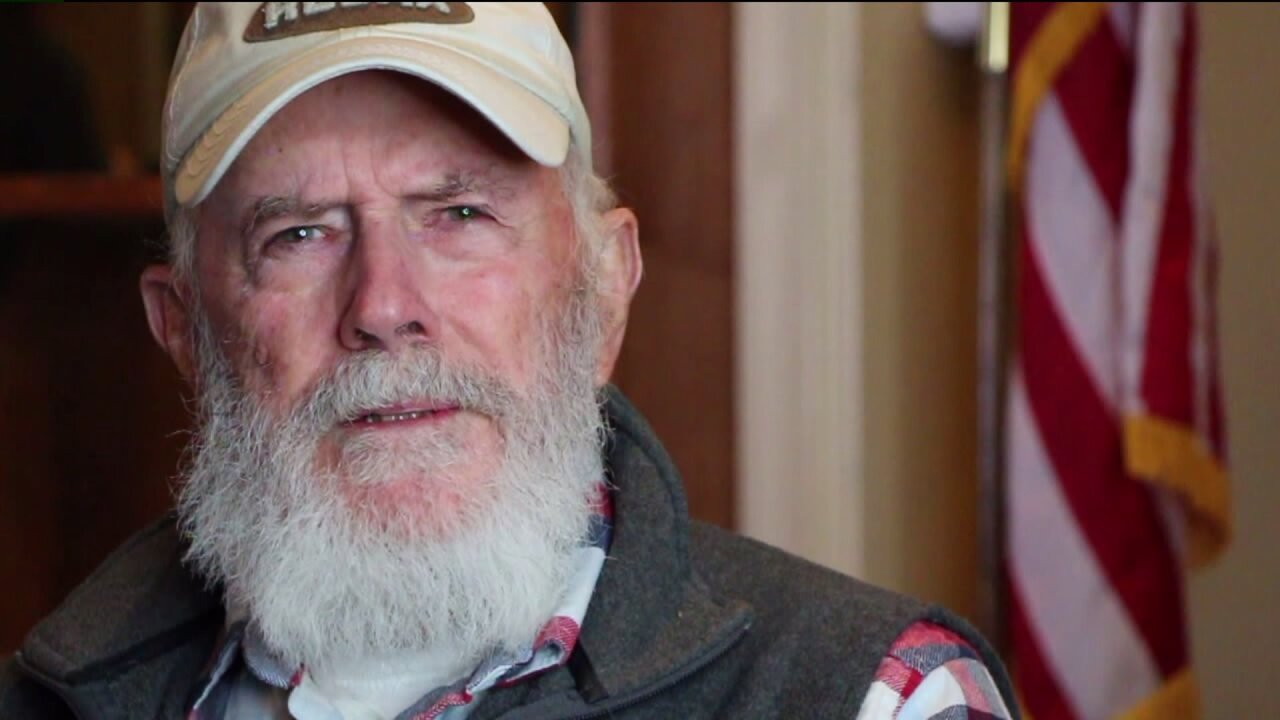 DENVER, Co. - For 10 months now, David Stevenson has volunteered at Denver Hospice, helping people whose loved ones are at the end of the their life.

"Over and over I hear folks leave and they're saying 'What do we do now?' And my response is, "I have no idea, but we`re going to do it together,'" Stevenson told KDVR.

A few weeks back, a surprise awaited the old Air Force veteran when he arrived at the hospice.

"I showed up one Tuesday afternoon and checked the patient list, and I saw a Jim Geist on the list. And I thought, 'Boy, that name's familiar,'" Stevenson said.

He remembered a Jim Geist from about 50 years ago during the Vietnam War when they were co-pilots.

"In the eight months I was in Vietnam, we probably flew together five or six times," Stevenson said.

Come to think of it, that Jim Geist was also from Colorado.  In fact, their parents had been neighbors around the time David was shot down over Laos in 1969.

"And when I was in the hospital, Jim came home for R&R, and while he was here in Denver, he drove out to see my folks and assure them that I was going to be OK," Stevenson said.

But that was all a lifetime ago. They'd lost touch. Certainly, this couldn't be the same guy. Or could it?

A hospice nurse soon delivered the surprise of a lifetime.

"And I came back on Wednesday, and she said, 'Yes, that's the same Geist, and I got his wife's phone number and she wants us to call her," he said.

That call led to a reunion at the hospice between the old Air Force buddies.

"I brought some pictures so we could post them in Jim`s room," Stevenson said. "And then Jim died the next Sunday."

Safe to say, Stevenson didn't fully realize the emotional impact of their chance encounter until a few days later.

"I went to his memorial service. I haven't cried in 93 years," Geist joked. "And I proceeded to just (wail)."

Maybe it's because they were in the war together and few others could relate to exactly what Stevenson went through in Vietnam.

"No one else knows what it was like," Stevenson said.

Who knows if Geist recognized him in that hospice room.  He couldn't even talk at that point.  But their conversation mattered.

"And there have been studies and there are books out there, tons of books out there, that basically say, yeah, they do hear you. And our hearing is the last thing to go, so when you are at a person's bedside who's passing away or 'transitioning,' talk to them," said Dora Mueller, a field nurse at Denver Hospice.

"I don't want to say it was selfish, but it was very meaningful for me," Stevenson said.

Helping people prepare for the end of life. Stevenson knew that's what he signed up for. Little did he know, how personal the job could be.

Geist died on Sept. 24th.  He spent 20 years in the Air Force, flying 187 combat missions during the Vietnam War.

November is national hospice and palliative care month, a chance to call attention to people who work so hard, to make the end of life more comfortable and understandable for patients and their families.