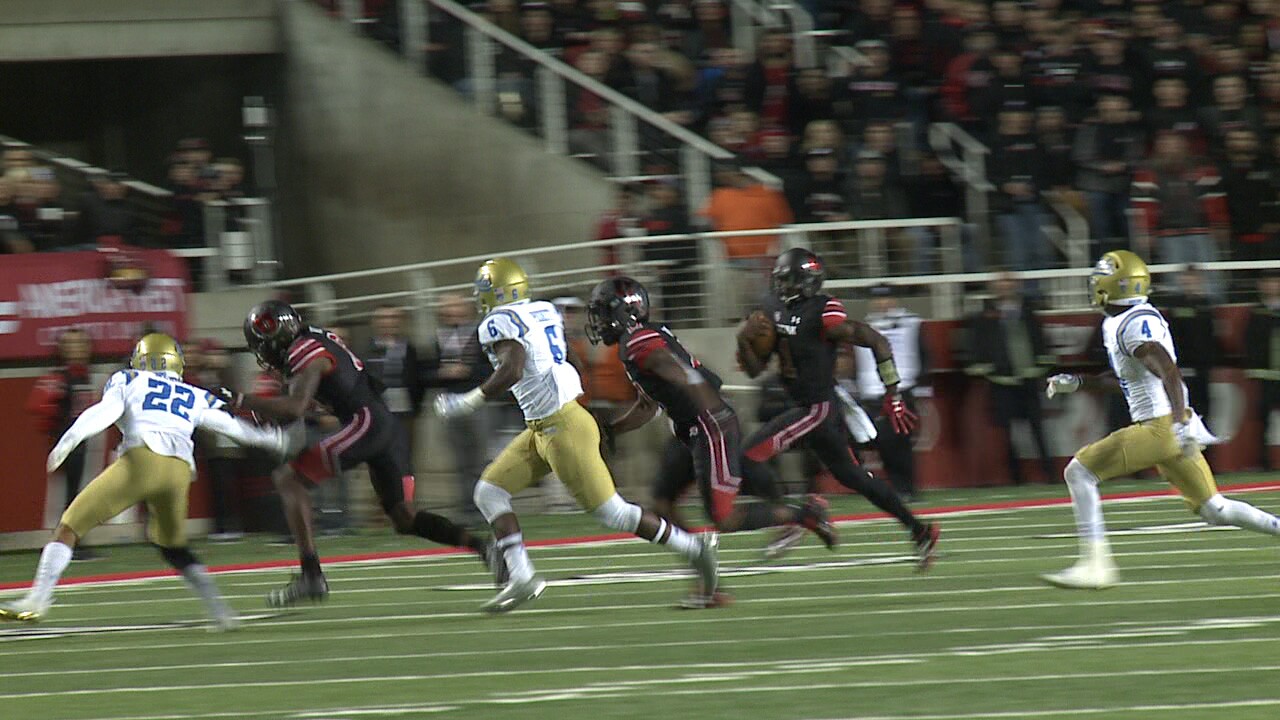 But they played with some swagger on Friday night, beating UCLA 48-17 at Rice-Eccles Stadium. Do the Utes had their edge back?

“Tonight we did,” Whittingham said. “We played with a lot of passion, with a chip on our shoulder.”

UCLA did not have starting quarterback Josh Rosen. He did not make the trip because of a concussion he suffered last week against Washington.

The Utes pulled away in the third quarter with 21 unanswered points. Huntley found Troy McCormick wide open on the first play of the second half for a 75-yard touchdown to start the Utah run.

The Utes are now 5-4, and just one win away from becoming bowl eligible.