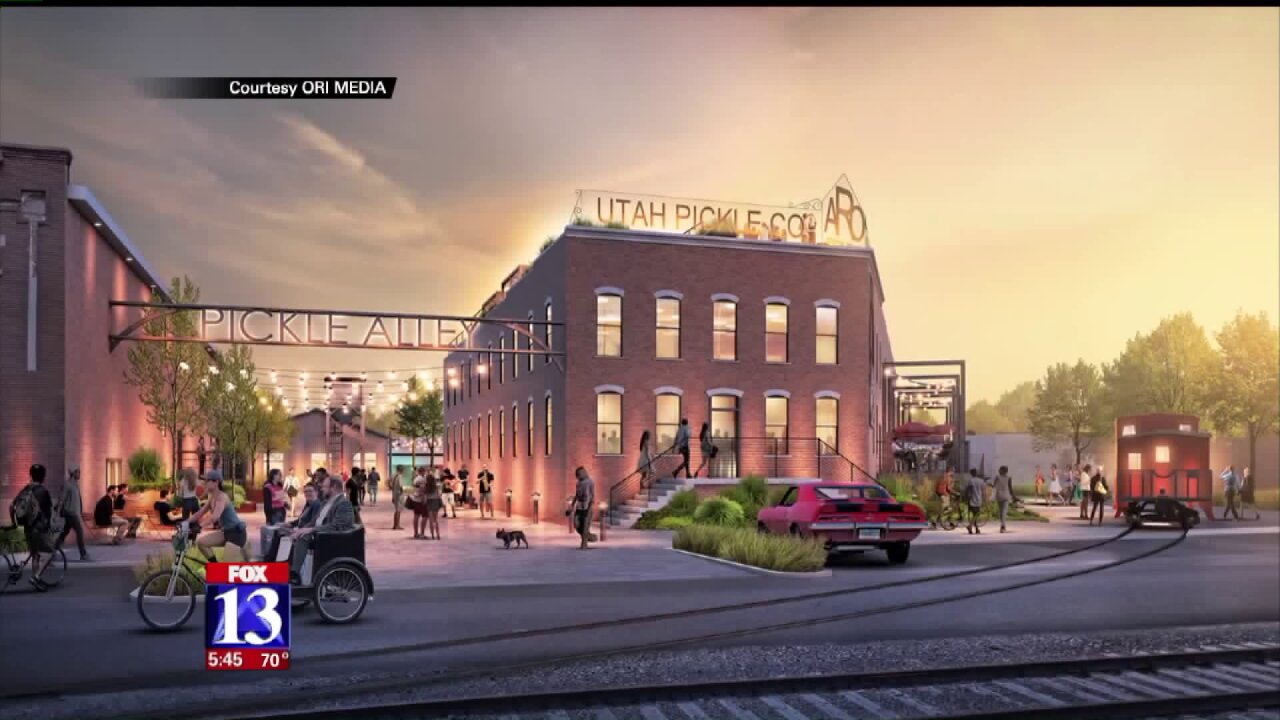 SALT LAKE CITY -- Salt Lake City is about to have a one-of-kind venue.

The old Utah Pickle Company building and two buildings next to it sit on an acre and a-half of land. The Pickle Co. was built in 1894 and has finally been sold and is ready to be renovated.

A private, non-profit group called The National Trust for Historic Preservation and Main Street America teamed up with American Express and held a nationwide competition between 25 cities to grant them up to $150,000 to restore a historic city site.

Residents had to vote for their city to win the contest, and Salt Lake City was among 11 winning cities. It was granted $50,000 after it received about 50,000 votes.

“It's a huge honor to even be selected to be in this competition, but to actually compete against 25 other cities, and a lot of them are larger than Salt Lake City, to actually win some of this funding, was absolutely phenomenal,” Michael Ori said Thursday.

The city and Ori’s production team campaigned hard to earn the votes. They used Facebook and other social media sites to spread the word.

“To really see so much support from the city and really throughout the state—really validates what our concept is,” Ori said.

“The Pickle Co. will be a three floor event space with a rooftop plan to an outside garden terrace, a mixture of outdoor event space, a 5,000 square foot ballroom," Ori said. "It’s going to be beautiful, beautiful space. There is a really beautiful alley between the Hyde building and Pickle. It’s called Pickle Alley. We are going to be doing a lot of concerts throughout the entire campus."