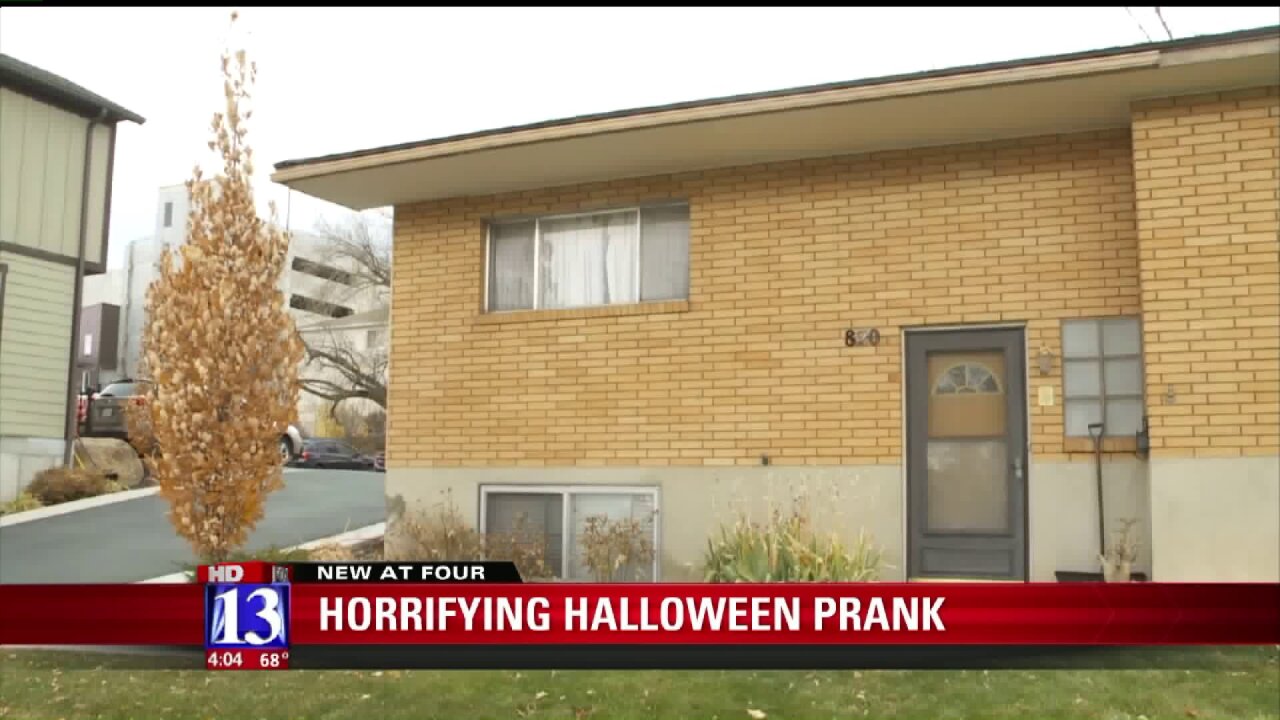 Around 9:30 p.m. on Tuesday, police were called out to an apartment near 800 North and 600 East. A woman was home alone and told dispatchers a man walked in the unlocked front door and made his way into a bedroom, where the Utah State University student was studying.

“She wasn't sure who he was, "said Ashley Leishman, one of the victim's roommates. "She wondered if he was there to fix something. She said, 'Can I help you?'"

Leishman was at work when the strange encounter happened, but she said the victim told her the man forced her into a corner.

“She kinda let out a scream and he covered her mouth with his hand and then held a gun to her forehead with the other hand," she said. "Then he leaned forward and kissed her forehead, which is kind of bizarre.”

Even stranger where his parting words.

“He just said, 'I'm drunk. This is a joke. Do not tell anybody about this.' And just stormed out,” Leishman said.

Police searched the area, but couldn’t track down the suspect. He’s described as being 6-feet tall and weighing 200 pounds, with a dark complexion and beard. He was wearing leather gloves and a black puffy jacket. The front pockets had purple material on it. Police said they are taking this case very seriously.

“It's unknown what his motivation was for this, but, nonetheless, if it was supposed to be a joke for him: It's not funny,” said Captain Curtis Hooley with the Logan Police Department.

Leishman said her friend wasn’t physically hurt, just shaken up. She wants USU to issue what’s called a Code Blue to alert students about the incident. But because it happened off-campus, that alert system won’t be implemented. In the meantime, the roommates are taking precautions.

“Most college students don't really lock their doors unless it's night and everyone is home, so, it's just kind of a good reminder that we all need to keep our doors locked,” Leishman said.