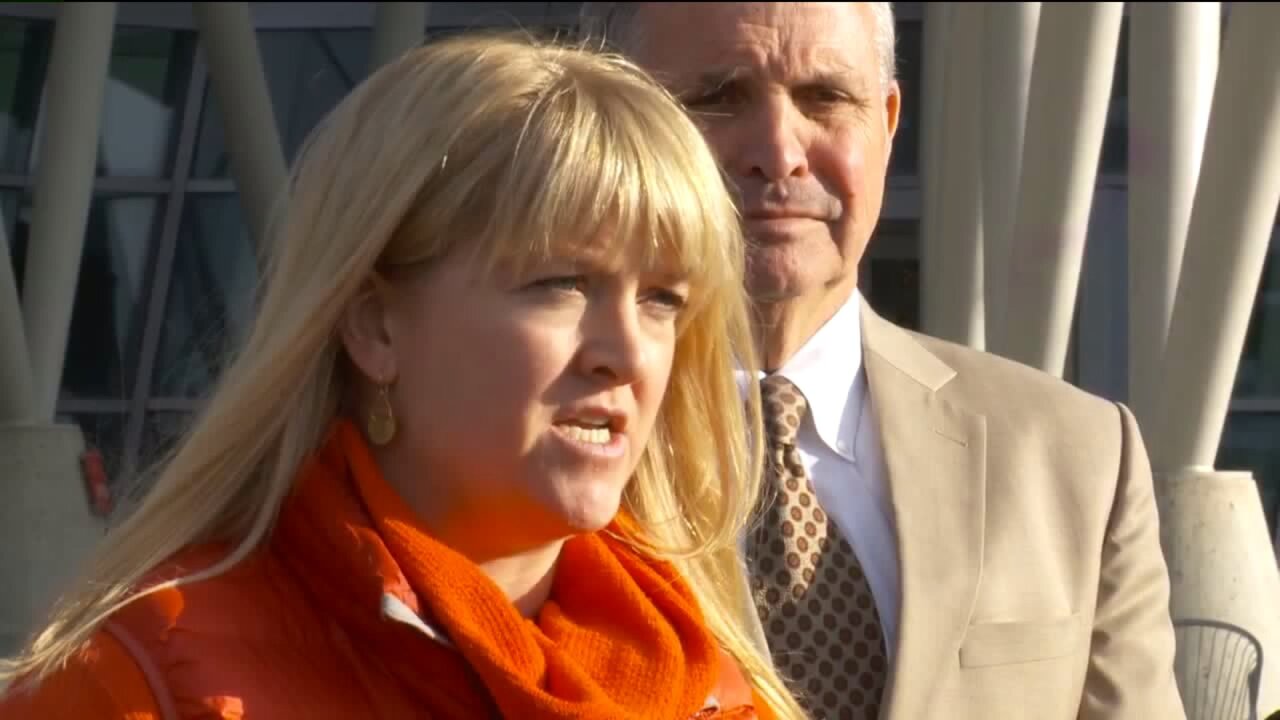 SALT LAKE CITY — University of Utah Hospital nurse Alex Wubbels will receive a $500,000 settlement after she was arrested in July for refusing to allow a Salt Lake City detective to perform a blood draw on an unconscious patient.

"When this whole venture started with Alex Wubbels, she had five goals. First, after this happened, she wanted changes to policy. Second, she wanted to see accountability from those who were involved in the incident. Third, she wanted to start a public discussion, particularly about the urgent need for body cameras. Fourth, I told Alex she should expect to be compensated. And fifth, she wanted to help others - other nurses and other people who have these types of situations happen to them," said Karra Porter, Wubbels' attorney. "I can now announce that all five of these goals have been met."

Wubbels said she plans to use a portion of the settlement toward a new initiative to help others pay for access to police body camera video clips.

"We all deserve to know the truth and the truth comes when you see the actual raw footage and that's what happened in my case," Wubbels said.

"Any person in the State of Utah who wishes to obtain body cam footage of an incident involving them will be able to do so, no charge to them. Our law firm, Christensen & Jensen, will provide any legal services necessary to accomplish that," Porter said. "Thanks to Alex, there will be more transparency."

In August, Wubbels released video of her July 26 encounter with Det. Jeff Payne, who came to the hospital to take a blood sample from an unconscious truck driver who had been involved in a crash.

Wubbels told Payne that the hospital and police department already had a policy in place stating that blood could not be taken without consent from the patient, a warrant from a judge, or unless the patient was a suspect in a crime.

Body camera footage of the encounter shows Wubbels screaming and crying as she is dragged outside, handcuffed and placed in a police car as several hospital employees follow along and try to mitigate the situation.

Payne was terminated from his job as a detective and part-time paramedic, following the release of the video.

"I hope he remains off the force, because I don’t think he has the capacity to serve the public for good," Wubbels said.

"I still want to invoke and talk about further enhancements to employee safety throughout the university campus," Wubbels said.

Reluctantly, Wubbels had taken on the role of poster child for the importance of police accountability.

"This was something I never expected to happen but I’m also honored by the weight of it," Wubbels said.