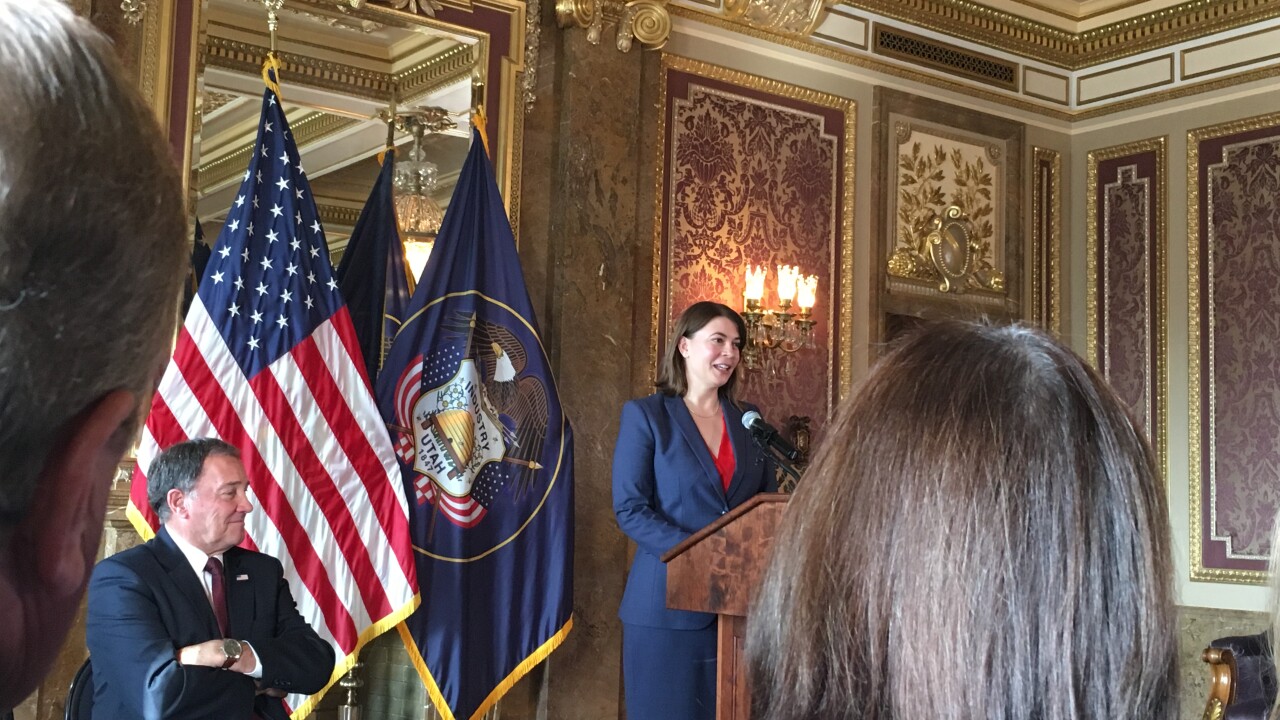 At a news conference Tuesday, the governor named his pick for the state’s top court. Judge Petersen, who serves on the Third District Court, will replace Justice Christine Durham, who retires mid-November.

Judge Petersen graduated from Yale Law School and worked as an assistant U.S. Attorney in New York, as well as Utah, and also served as a prosecutor of war crimes at the Hague.

Judge Peterson paid tribute to teachers she had growing up in Castle Dale that inspired her to become who she is.

“I promise you I will work hard,” Judge Petersen said to the governor, adding: “I will have fidelity to the law.”

Her nomination marks the 80th judge that Gov. Herbert has appointed to the courts. That includes four of the five justices of the Utah Supreme Court.

Judge Petersen has been nominated to replace retiring Justice Christine Durham, who was the first woman to serve on the Utah Supreme Court. In his remarks Tuesday, the governor called Justice Durham a “trailblazer.”

In an interview with FOX 13 last month, Justice Durham said it was her preference that a woman replace her on the state’s top court. Governor Herbert insists that he picks the best qualified person for the job.