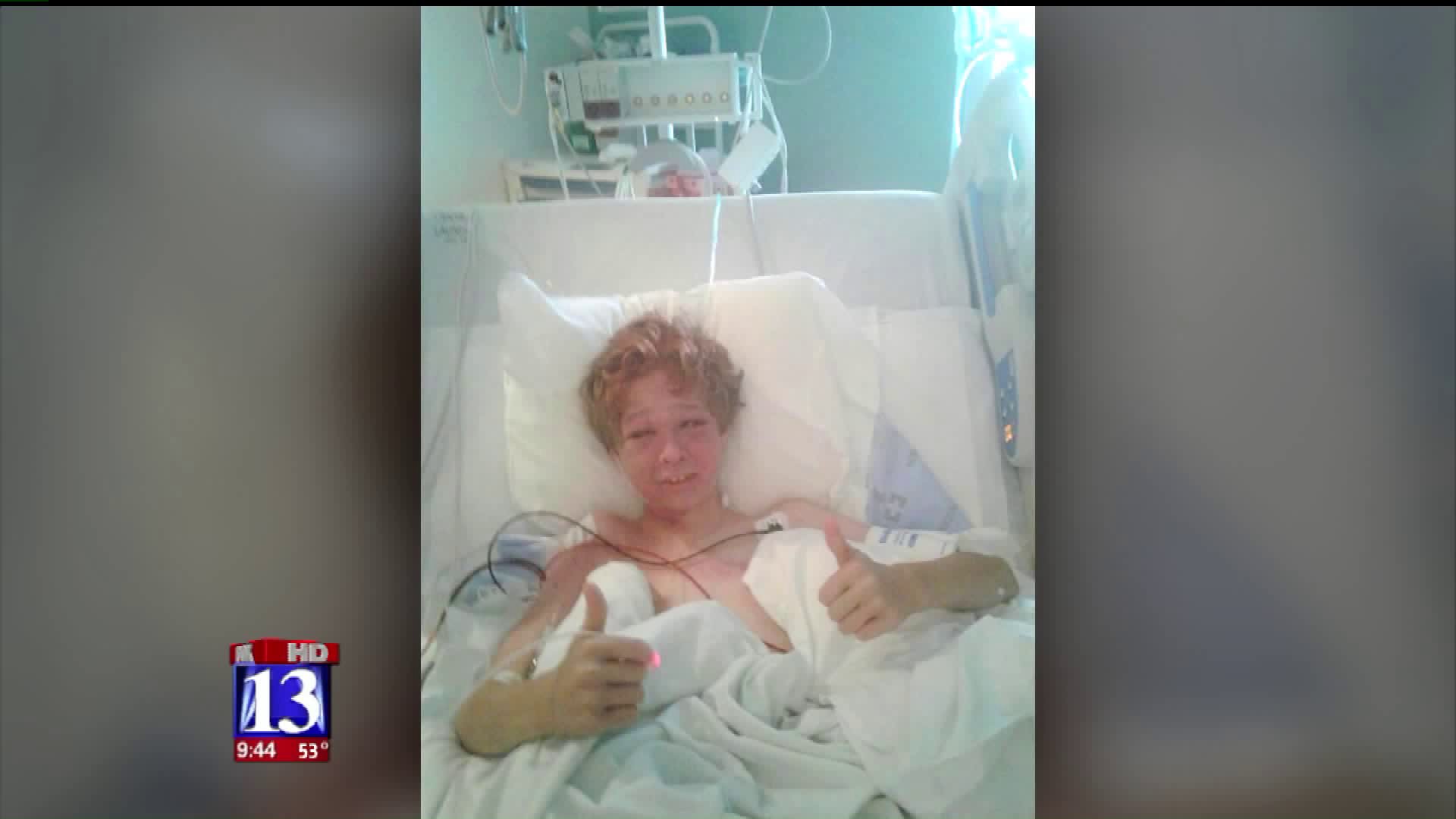 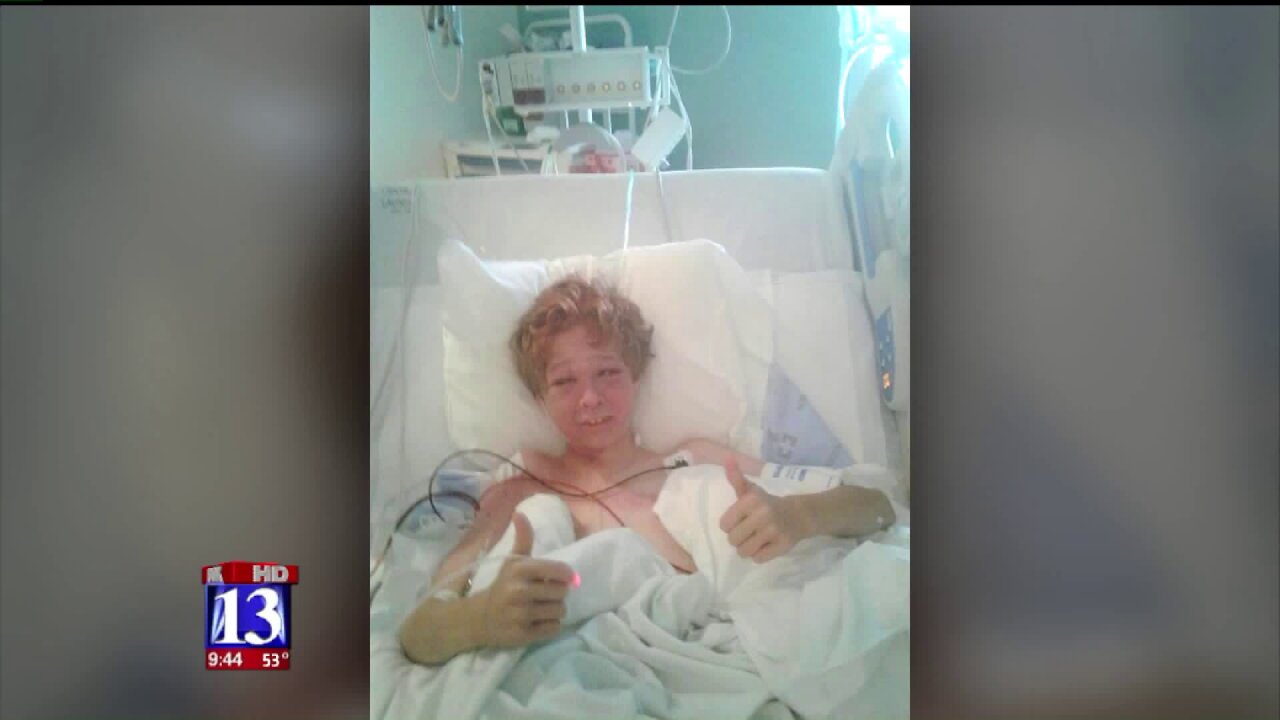 SYRACUSE, Utah -- Hunter Brown sat at a park in Clearfield Saturday, a couple hours after being discharged from the hospital.

Just three days earlier, the 14-year-old boy was hit by a car while on his bike in Syracuse at the intersection of 1700 South and 1000 West. Police reported he was in "critical condition."

“I was only scared for the first 10 seconds. I just passed out," Hunter recalled. “I remember waking up. There was a bright light because the sun was blinding me in my face. So then I saw a bunch of people just surrounding me.”

He said next thing he knew, an ambulance was taking him to a church parking lot, where he was put in a LifeFlight helicopter.

He told FOX 13 he remembers the traffic light for cars driving south on 1000 West was red and the pedestrian "walk" light was on. So, he said, he started to cross the street, but was hit by an SUV.

He figures the man driving it "might have not saw [him]."

Hunter was not wearing a helmet at the time, despite his parents telling him to wear one. He said next time he gets on a bike he will. He's not sure when that will be, though, because his fractured hip needs to heal and his bike is mangled.

His dad, Mason Brown, is just happy his son is home safe.

"Three days ago, I thought I'm saying goodbye to my son," he said.

Hunter said he was crossing the street there to get to the grocery store, where he wanted to buy a cookie.

Saturday, still wanting that cookie, he and his dad left the park and went straight to the grocery store.

They said they hope people can learn a lesson about safety from their story. Hunter hopes drivers slow down and pedestrians, "look both ways again just to make sure."