Trump to release some, but not all, of JFK assassination records 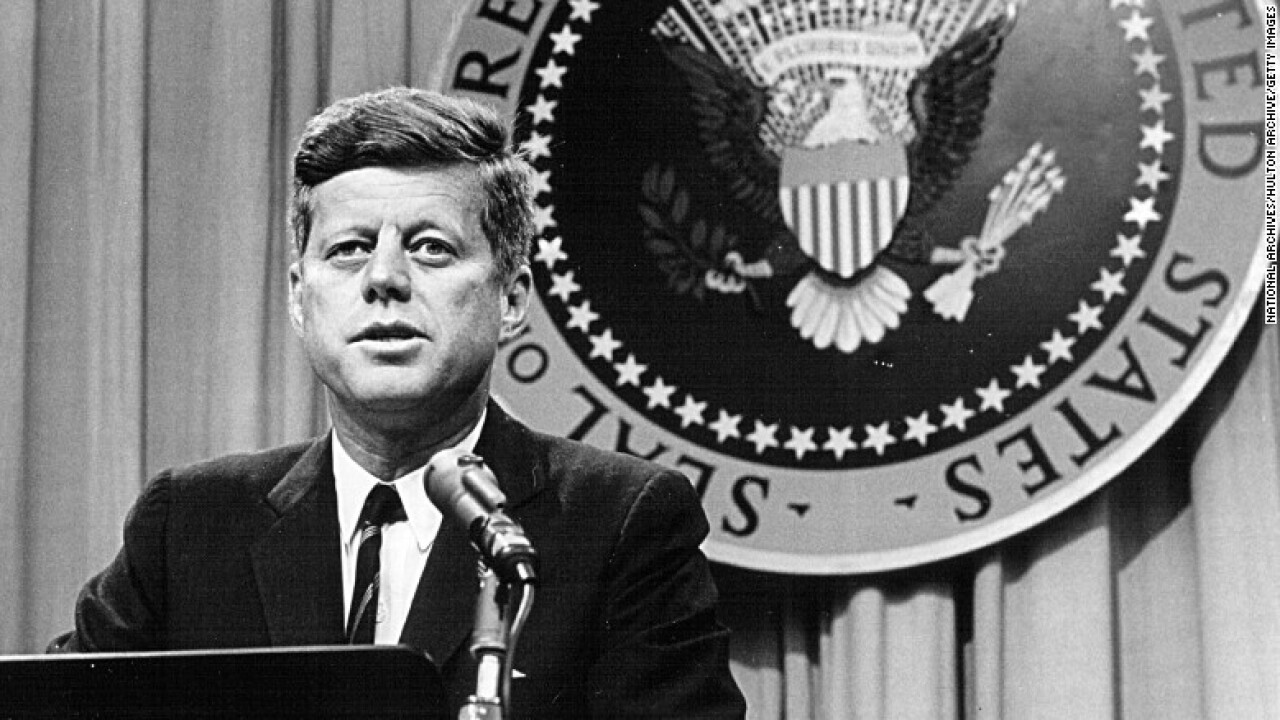 (CNN) — President Donald Trump will not release the full tranche of records relating to the assassination of President John F. Kennedy, instead following the recommendations of his national security agencies that some of those records be redacted, White House officials said.

The National Archives released 2,800 records on Thursday, with the remaining documents remaining secret for the time being.

Senior administration officials declined to discuss the contents of the files that will be released, including whether they contain evidence of a conspiracy surrounding Kennedy’s death.

Trump will issue a memo to heads of intelligence agencies saying “the American public expects and deserves its government to produce as much access as possible to the John F. Kennedy assassination records.”

“I am ordering today that the veil finally be lifted” on the records, the memo will say.

The President will also note that law enforcement and foreign affairs agencies have requested that certain records remain redacted. “I have no choice” but to keep those records under wraps, the memo will say.

In his memo, Trump will order the intelligence agencies to re-review their reasons for keeping the records redacted, and to report back in 180 days.

Trump is permitted block the release of certain documents if he finds “an identifiable harm to the military defense, intelligence operations, law enforcement or conduct of foreign relations” and if “the identifiable harm is of such gravity that it outweighs the public interest in disclosure,” according to the President John F. Kennedy Assassination Records Collection Act of 1992.

The deadline comes 25 years after the enactment of that law, which mandated the release of all government documents related to the Kennedy assassination in an attempt to quell conspiracy theories that have long swirled around the assassination.

Agencies requesting continued redaction of certain documents will need to submit a report to the archivist by March 12, 2018, explaining why those documents meet that standard, the White House said. Documents determined to not meet those standards will need to be released by April 26, 2018.

What is in the documents?

Historians who have closely studied the Kennedy assassination have said they do not expect the documents to reveal any bombshells or to contradict the conclusion that Lee Harvey Oswald was solely responsible for killing Kennedy. Still, the files will give Americans a fuller picture of how the 35th US president was killed and the ensuing investigation into his assassination.

“There’s going to be no smoking gun in there,” Gerald Posner, the author of “Case Closed: Lee Harvey Oswald and the Assassination of JFK,” told CNN’s Michael Smerconish on Saturday. “Anybody who thinks this is going to turn the case on its head and suddenly show that there were three or four shooters at Dealey Plaza — it’s not the case.”

“Oswald did it alone,” Posner continued. “But what the files are doing and why they’re important to come out is they fill in the history of the case and show us how the FBI and CIA repeatedly hid the evidence.”

The CIA and FBI documents could also shed new light on Oswald’s mysterious trip to Mexico City weeks before the assassination. The files could also reveal new details about US involvement in attempts to assassinate Cuban President Fidel Castro, notably the CIA’s alleged ties to the mob as part of that effort.

Trump has been encouraged allow the full release of the files by several Republican figures in the lead-up to the document dump deadline.