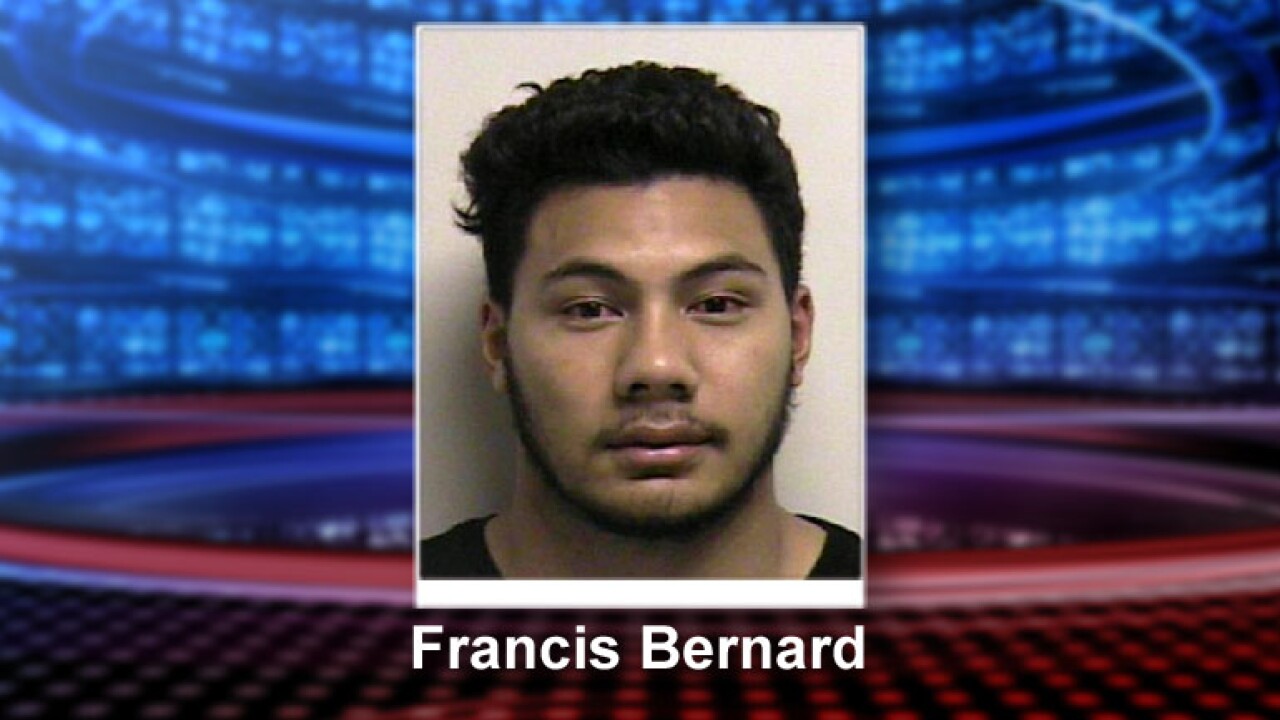 PROVO – BYU linebacker Francis Bernard was arrested early Saturday morning on several counts including driving under the influence of alcohol or drugs.

According to the Utah County Jail, Bernard was booked around 2:00 AM but was released just 90 minutes later.

They say he was arrested for not providing a valid license, failure to register his vehicle and suspicion of DUI.

This is the latest incident Bernard has been involved in. A couple months ago video surfaced allegedly showing him threatening to strangle an employee at his apartment complex.

Fox 13 reached out to BYU athletics but they were not immediately available for comment.